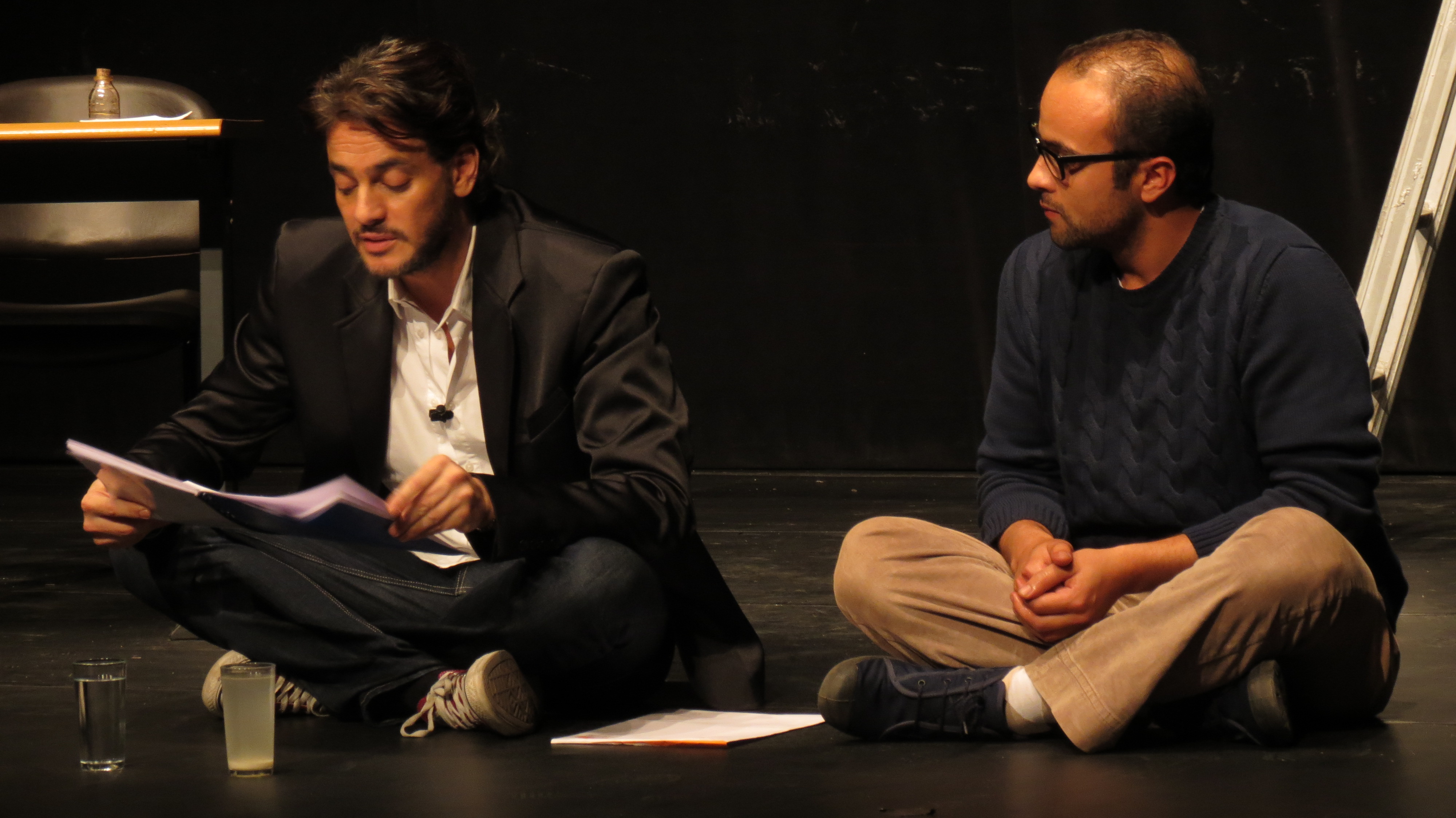 However, Iranian writer Nassim Soleimanpour decided to go another way. Instead of a rehearsed play, Soleimanpour wrote the script White Rabbit, Red Rabbit, sealed it in a closed envelope and gave instructions on how to use the envelope. The instructions were that one actor opens the envelope on stage, and he/she is provided with two glasses and a small bottle of an unknown substance. There are no rehearsals, no direction, nothing. It all depends on the actor and the audience.

There is constant interaction between the actor and audience, with the audience sometimes acting out things from the script. The suspense of being called on stage is in itself enough for you to experience a tingly sensation of anxiety. Especially if the thing you like most about seeing a play is the dimmed lights and the distant actors.

The lights are not dimmed, not all the way, for the actor needs to see his counterparts, the audience, and everyone can see the other person. There is no resting and no intermission. You are involved in the events as much as the actor, something that the writer uses extensively to make a point.

Soleimanpour discusses questions of life and death, control and freedom, and how the collective power of human beings is responsible for more than we know. By choosing to attend the play, you have tacitly become an accomplice to the events of the play. However, the writer warns that he will always “remain in the text”. Soleimanpour successfully found a way to travel outside of Iran, if only in the form of his words. The play has already been performed in a number of cities all over the world and is becoming more popular with every performance.

“Can you see how the past forms the future and how the future gives worth to the past?” asks Soleimanpour during the play. He wrote the play in 2010 and yet it is still performed in 2013, so the play itself explains the question.

On Saturday 13 April, the play was performed for the first time in Cairo by Actor Khaled Abol Naga, who knew nothing of the play before he stood on the stage. “This was a role for which I was prepared the most; you are always instructed not to do any preparation for the role [before reading the script],” said Abol Naga

The actor then revealed what intrigued him most about the play: “I liked that the meaning of the play is buried within the script, and I was unveiling it [as I read] with you. Sometimes I repeated the statements I thought were important,” explained Abol Naga

He also spoke about the parts of the script he liked the best: “[I was touched] by all the parts where he [Soleimanpour] was talking of the meaning of life and the whole script revolves around it…He views life in a somewhat pessimistic, but also realistic way. He also stresses how the viewer is part of the event …that is why the audience interacted at the end…he’s urging people not to be passive.”

In the play, even though the writer controls every aspect of the play, the tempo of the performance itself is controlled by the actor. The play can be extended or shortened according to the actor’s reading speed and his ability to get the audience to play their part. Abol Naga rushed to end his performance, and so I asked him about the reason for that. “I was afraid I was beginning to be boring,” he said, laughing.

The play is set to be performed again by different actors until the end of D-CAF festival, and that is why we chose to not reveal too much about the content in this article. All you need to know is that the white rabbit becomes red.