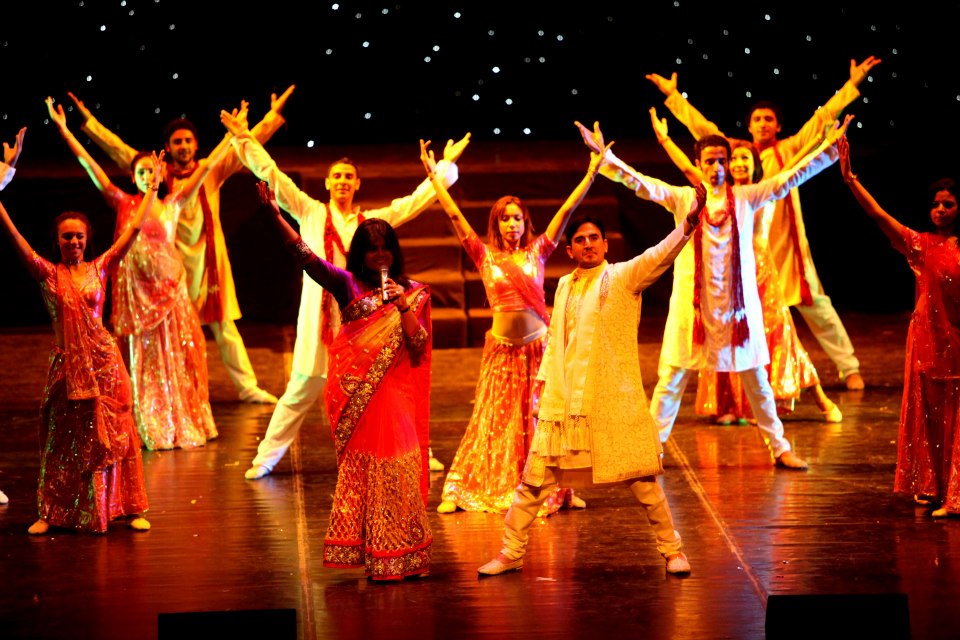 Being a fan of Indian music and movies, I was excited to attend the Bollywood dance concert held at the Cairo Opera House. My anticipation was dampened when I found out that all the dancing would be performed by the Opera House’s own mediocre ballet company. Being an avid fan of ballet, I often trekked my way to the opera house to see performances during my childhood. That was when the Cairo Opera Ballet Company could actually dance, but sadly since the mid 2000s this has changed. Today the ballet company is a home for mediocre dancers, laughable costumes and crazy choreographers.

The choreographer of the Bollywood show is a French dancer who resides in India, Gilles Chuyen, who appeared intermittently during the concert. The first mistake was to advertise it as Bollywood, because it was not. This was confirmed when I overheard an Indian viewer saying: “It is not really Bollywood, it is some type of fusion ballet.” She was right, the dancers could not forget their ballet training; instead of the fluid, fast movements of traditional Bollywood dancing, the dancers displayed jerky, solid movements. Granted they did their best, but sadly that was not enough.

The dancers kept looking at each other to see if they were synchronised or not, and during many moments they were not. At one point a female dancer went stage right instead of stage left, colliding into a neighbouring dancer. Then there were the hand motions that Bollywood is so famous for, the dancers could not do this nor could they perform even the simplest, signature hip movements.

The costumes were poorly executed except for in the last two songs, and there was no décor for the first 45 minutes of the concert. I fail to see why the opera house would not exert more effort to decorate the stage to at least create a Bollywood-like mood for the audience.

Then there was Chuyen, who, in the middle of the concert arrived on stage dressed in a skirt and a kind of ancient Egyptian garb, performed strange belly-dance movements. He was dancing something that was neither Egyptian nor Indian style and he even looked a bit repulsive as he did it.

However, the songs were enjoyable and the Bollywood singers Mukesh Tomar and Parul Mishra did their best to put the audience in the mood. Their simple swaying with the music showed the difference between the jerky movements of our sadly lacking ballet company and real Bollywood dancing.

Their voices were spectacular and especially during the slow songs. During one of Tomar’s songs the backdrop of the stage was lit as if there were stars behind him, and it really made a difference. This was apparent in how the audience reacted at the end of his song. On the Cairo Opera House Facebook page they described Tomar as “the principal singer for the blockbuster stage production of Bollywood Love Story” and it showed.

The evening overall was a disappointment, perhaps exaggerated because I arrived to the opera house with extremely high expectations. Either way, something should be done about the quality of the performances of the Cairo Opera Ballet Company. If this show was anything to go by it is not worth the money to buy a ticket and go see them.