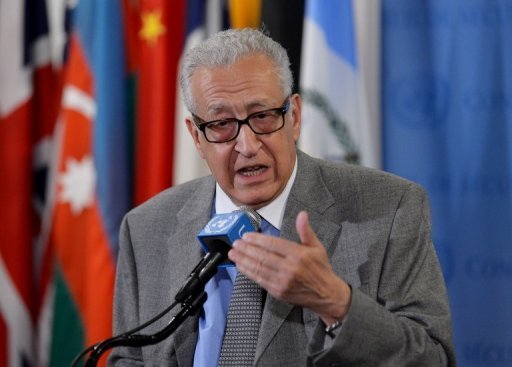 The joint UN-Arab League Special Envoy to Syria, Lakhdar Brahimi, will not be distancing himself from the Arab League, contrary to rumours published on Tuesday. Reuters reported that Brahimi would be distancing himself from the League because he had become increasingly frustrated with the decision to grant the Syrian seat in the League to the opposition, undermining Brahimi’s neutrality.

Brahimi’s secretary in Cairo denied he would be distancing himself from the League, saying that he had not informed his Cairo staff of such a decision.

Another source close to Brahimi also dispelled the rumours, attributing them to speculation based on analysis. “I don’t think that the League’s decision to grant the Syrian seat to the opposition is the only element that would make him upset with the league,” a source within Brahimi’s office said on condition of anonymity. “These rumours have escalated over the past week because he is expected to address the UN Security Council on Friday.”

Brahimi’s Security Council address on Friday is part of the report he will present to the UN.

“[Brahimi] is facing a monumental task but he knows that,” the source said. “He knew from the beginning and has said repeatedly said that there were many obstacles in the way of peace.” The source added that Brahimi would do what he can to reduce the suffering of the Syrian people, no matter how difficult it may be. “He strongly believes in a political solution because he has seen many conflicts and civil wars and he knows that any military solution leads to the destruction of the country.”

Brahimi has repeatedly called for all parties with a vested interest in the Syrian crisis to return to dialogue in Geneva. “He has repeatedly asked the Russians and Americans, as well as the opposition and government representatives, to come back to the discussion table and start a dialogue,” the source said. “These groups must try to think of a political solution before any other kind of solution and Brahimi firmly believes that any element which does not have a political solution is an obstruction that sets back the peace process.”

The Syrian peace process has been marred by conflicting regional and international efforts to bring an end to the conflict, as well as the government and opposition’s unwillingness to make compromises for dialogue.

As a result, there are reports that western forces such as the US and its regional allies have been training Syrian opposition fighters, while Iran has supplied the Syrian regime with weapons and facilitated the sale of Syrian oil. Weapons from the Libyan civil war have also been found in Syria by the UN.