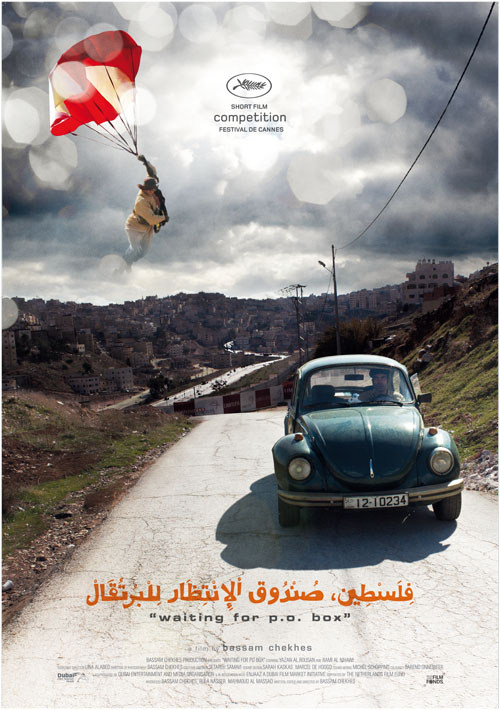 Tonight, Darb 1718 is showing a collection of short films from the region. The screening will start at 8.30pm. Here are the previews of the short films.

Director Omar El-Zohairy details the life of an old married couple, Mazen and Jalila, in his 19 minute film. The two actors, who were selected by the director from a nursing home, had never acted before starring in El-Zohairy’s production. The movie’s online teaser shows scenes from an old Egyptian apartment and the slow breathing of a person. The movie was screened in the Dubai International Film Festival and the Goethe Independent Short Film Festival, receiving awards at both festivals.

Syrian-born director Bassam Chekhes’s movie revolves around two young filmmakers who struggle to finance their new film. The Netherlands Film Festival website described it as “a modern symbolic tale about recognition, independence and originality, and the confusion of tongues when you have to translate substantial issues for foreign sponsors”. The 15 minute film was shown at Cannes Film Festival, among other international film festivals.

The short film follows a 13 year old boy whose only wish is to be able to hang some lights in front of their building for Ramadan. The problem is that there is no building facing theirs so they cannot string the lights across the street. Fingo also faces other problems, like gathering enough money to buy the lights, getting a permit from the city and dealing with people’s objection to the idea. Director Ahmed Ibrahim shot the movie in Al-Amireya district with the participation of its residents.

The film follows the life of Bahiya and Mahmoud, an aged married couple who always seem to be fighting. When Bahiya goes missing, Mahmoud wanders the streets in search of her. IMDB website states: “Bahiya & Mahmoud are the actual names of the director’s [Zaid Abu Hamdan] grandparents. He wrote the script inspired by a very touching moment he experienced between his grandparents in 2009, after growing up thinking that his grandparents were enemies.”