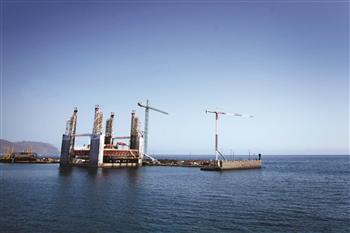 The Egyptian Natural Gas Holding Company (EGAS) is considering launching an international bid to search for oil and natural gas in 15 regions located in the Delta region and Mediterranean Sea areas located along Egypt’s maritime borders with Turkey and Cyprus.

A source within the company stated that the bid would be held during the third quarter of the current fiscal year, saying that the territories up for discussion would be different than those included in a similar bid last year, whose results were announced Tuesday.

Sources said that the bid would seek to protect and preserve Egypt’s rights to search for petroleum resources within its maritime borders, pointing to the fact that other countries in the region have recently taken to pursuing similar ventures, particularly Israel in the Tamara gas field.