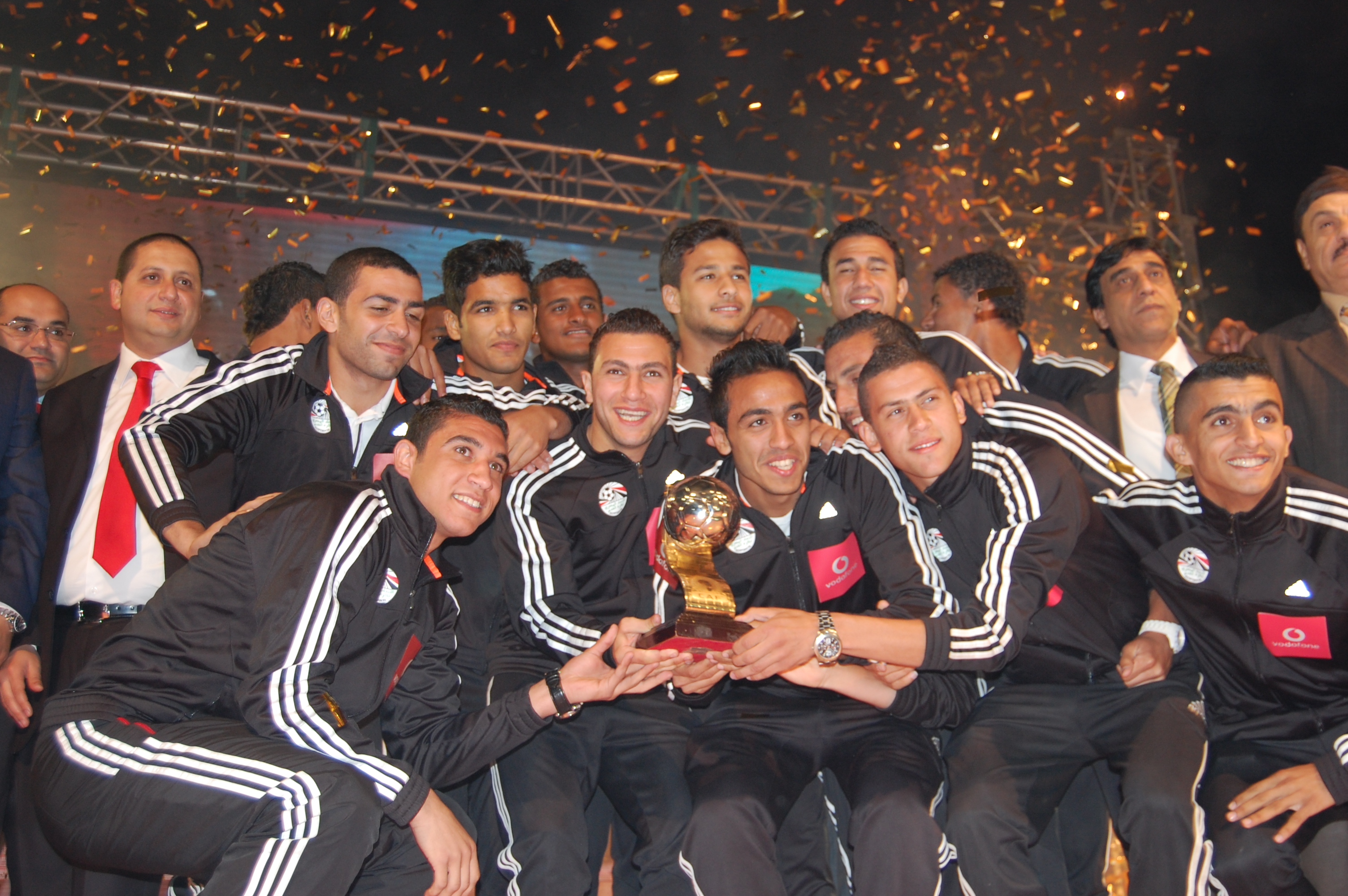 Fireworks lit up the sky over the Mohammed Ali Palace in Maniel on Tuesday night as Egyptian politicians, actors and leading sports figures gathered to celebrate the victory of the National under-20 football team in the African Cup.

After winning the title for the fourth time in the country’s history, the team is now on its way to the World Cup in Turkey this June. Amid mounting economic and political strife in Egypt, this group of high-school and university students has given their country a much-needed reason for celebration, and Vodafone, a sponsor of the Egyptian Football Association (EFA) and the Egyptian Under 20 team, seized the opportunity.

“In the midst of all the darkness in Egypt right now, we need to be proud of this team,” said Vodafone’s Public Relations Manager Noha Saad, one of the organisers for the event. “They made the dreams of 80 million Egyptians come true.”

The cup arrived in the palace gardens amid an impressive display of pyrotechnics and rousing applause, carried by the team’s captain, Ramy Rabiaa and their coach, Rabiaa Yassin. The accompanying procession included the Minister of Sports, Al-Amry Farouk, the Shura Council Committee on Youth and Sports rapporteur, Mohammed Hafez, and the president of the EFA, Gamal Allam.

Other key figures also in attendance included Bob Bradley, the coach of the senior national team, and Hatem Dewidar, the CEO of Vodafone in Egypt. Eslam Al-Shatter, a former star of Al-Ahly and Zamalek clubs, hosted the event. In his opening speech, he praised the efforts of the team and their coach and heralded them as a beacon of hope for Egypt in a difficult time.

“All the instability has made it important for our sports teams to do well,” Al-Shatter told Daily News Egypt. “The people of Egypt have been so upset and divided over the events of the last three years. The only thing they’re united on is football. We all have one purpose now and that is for our teams to go to the World Cup. This young team has done that.”

Though the African Cup was the focus of the event, everyone already had their eyes fixed on the bigger trophy within the country’s reach. Farouk, one of the keynote speakers, encouraged the young champions to work hard toward this goal, but not at the expense of their studies.

“This is exam time, and the World Cup doesn’t change that,” said Farouk. “The Minister of Higher Education and I would like to confirm that all the players will be taking their exams and must study to prepare for them.”

For Mahmoud “Kahraba” Abdel-Moneim, one of the team’s top scorers, it will be hard to let football take a back seat to anything at this point, much less his first year at university.

“It’s really all about football for me,” Abdel-Moneim said. “We’ll be playing a lot of friendly matches with European teams to get some good technical training in before the World Cup.”

Coach Yassin confirmed that he is currently working on a rigorous training program that he will introduce to the team over the next few weeks, along with a good lineup of matches to get them in peak condition before their next big event. But it is not the thrill of winning or the hunger for prizes that holds the team together, Yassin said.

“It is my love for them and their love for me that unites us,” Yassin said.