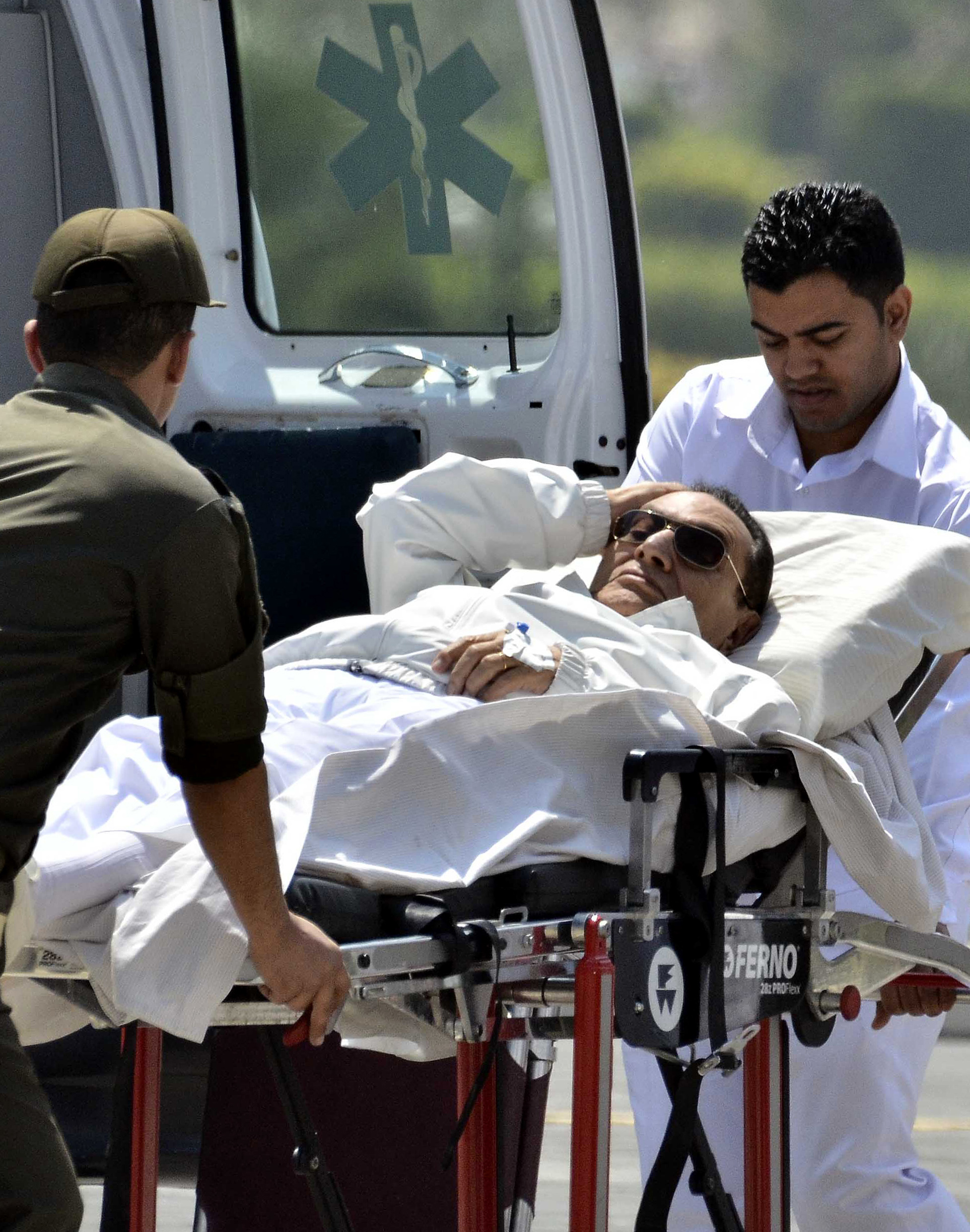 Prosecutor General Tala’at Abdallah ordered former president Hosni Mubarak to be returned to Tora prison hospital after his latest medical report demonstrated he was healthy enough for the transfer.

Mubarak had been in the Maadi military hospital since December, after breaking a rib during his stay in Tora.

His appearance during his retrial on Saturday prompted the prosecution to request a report on his health from the Forensic Medical Authority, which said Mubarak was healthy enough to return to the prison hospital, according to a public prosecution spokesperson.

The Prisons Authority is making preparations to receive the ousted president.

Meanwhile, the Cairo Court of Appeals set 11 May for Mubarak’s retrial and assigned the case to a new court circuit.

Mubarak is charged with complicity in the death of protesters during the 25 January 2011 uprising that ousted him. He was sentenced to life in prison in June 2012.

His lawyers appealed the verdict and the Court of Cassation ordered a retrial that was scheduled to happen on Saturday.

Cairo Criminal Court judge Mostafa Abdallah recused himself and referred the case back to the Cairo Court of Appeals to assign it to a new circuit, as he felt that there was a conflict of interest due to his earlier verdict acquitting all defendants in the Camel Battle trial.

The former president also appealed his detention on remand after spending two years in custody, the maximum amount of preventative detention for charges that could potentially lead to the death penalty or life in prison.

The South Cairo Criminal Court accepted Mubarak’s appeal and ruled his release unless he was wanted for other charges. Prosecutor General Tala’at Abdallah ordered his detention for a further 15 days on 7 April.

The detention order came as a result of investigations in a different case where the former president is charged with appropriating state funds for the upkeep of presidential palaces for personal use. Unless his detention is further renewed, however, Mubarak will be released on 27 April.