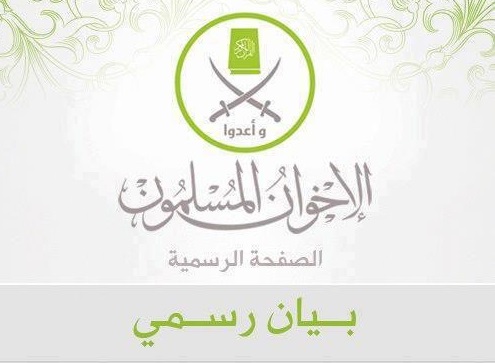 The Muslim Brotherhood announced on Wednesday plans to hold a protest on Friday near the High Court building as well as other areas across Egypt, to demand “cleansing of state institutions”.

The decision was announced in an official statement issued on the Brotherhood’s Facebook page. “Responding to the demands of the political forces, the Muslim Brotherhood decided to participate in a mass protest on Friday in front of the High Court building in Cairo and across Egypt’s squares,” read the statement.

The demands of the protest will include calling on the Shura Council to ratify the judicial authority law, which would achieve independence of the judiciary, according to the statement. Additionally, the statement mentioned that the protest calls for the “cleansing” of state institutions from corrupted figures, in addition to taking the necessary “revolutionary” procedures to achieve such aims.

The protest will also call for punishing those responsible for killing revolutionaries, in addition to former regime figures who destroyed political life in Egypt, according to the statement. The demands included urging the government to repatriate stolen funds, illicitly gained by former regime figures.

Sha’aban Abdel Aleem, high board member of the Salafi Al-Nour Party, said his party has not decided yet on whether they will participate in the protest or not. “Mainly, we are against escalating the situation by holding more protests. However, we are still considering participating in Friday’s protest.”

Yasser Abdel Moneim, media coordinator of the Salafi Al-Watan Party, said his party is set to hold a meeting on Wednesday night to decide on their participation in the protest.

Several Islamist groups expressed their anger over the recent decision of South Cairo Criminal Court to acquit former president Mubarak on charges of killing protesters pending his re-trial. However, Mubarak was not released as he also faces charges of financial corruption.