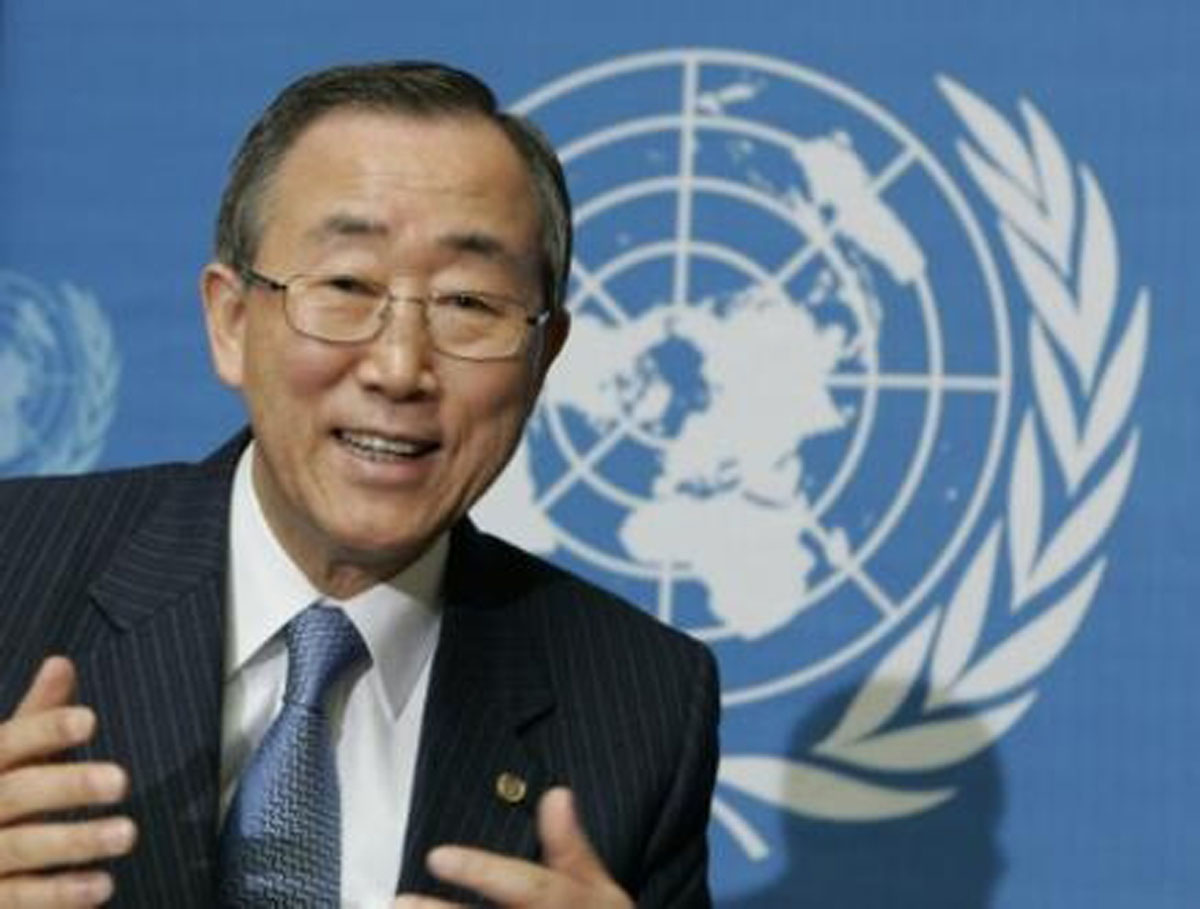 The United Nations Secretary General Ban Ki Moon held a press conference Wednesday evening on the eve of his trip to Washington D.C.,  addressing several global issues at the top of the UN’s agenda. Ki Moon spoke briefly about the current situation in Syria, the rumours surrounding the resignation of the special envoy to Syria, and the Israel-Palestine conflict.

In his address to the press, Ki-Moon spoke about Syria, saying that the situation is worsening by the day.  “Civilians are paying the price and must be protected,” Ki-Moon said in his statement. He added that the UN is doing what it can to deliver aid and support to the refugees in neighbouring countries.

“The prospects may seem dim,” Ki-Moon said, adding that he remains convinced that a political solution is possible. “This is the only way to end the bloodshed and bring about a new and democratic Syria.”

Ki-Moon also addressed questions from the reporters regarding rumours that Lakhdar Brahimi was distancing himself from the Arab League and resigning in his capacity as the special envoy to Syria. Ki-Moon said there was no such consideration, adding that “Brahimi has been and will continue to work as Joint Special Representative”. He stressed it was “very important that the United Nations works together with the League of Arab States.  That is why I am going to have a meeting with the League of Arab States’ Secretary General, Elaraby, next week.”

“We cannot allow the window for achieving a two-state solution to close any further,” Ki-Moon said. “I welcome the recent visits by President [Barack] Obama and Secretary [John] Kerry to Jerusalem and Ramallah.  All involved, including the Quartet, should work to breathe new life into the peace process, create an environment conducive for the resumption of negotiations and establish a credible political horizon for achieving a two-state solution.

Ki-Moon also addressed the recent escalation in threats by North Korea. The Secretary General said the situation remains highly volatile and commended the “firm but measured way to deal with the nuclear test, threats and other provocative acts by the Democratic People’s Republic of Korea”.

“The recent developments have strengthened the international consensus that the DPRK will not be accepted as a nuclear-weapon-state,” Ki-Moon said.