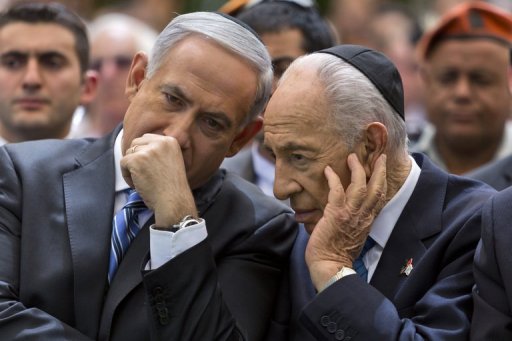 AFP – JERUSALEM — Israeli Prime Minister Benjamin Netanyahu has urged caution over international calls to arm Syrian rebels and reserved the right for the Jewish state to block the supply of weapons that could be turned against it.

Speaking to the BBC, the Israeli prime minister said if advanced arms fell into the hands of Islamist militants it could redefine regional security threats.

Israel’s concern, he said, was: “Which rebels and which weapons?”

“We are not aggressive. We don’t seek military confrontation, but we are prepared to defend ourselves if the need arises and I think people know that what I say is both measured and serious,” he said.

Netanyahu was in London for the funeral on Wednesday of former British leader Margaret Thatcher.

“The main arms of concern to us are the arms that are already in Syria — these are anti-aircraft weapons, these are chemical weapons and other very, very dangerous weapons that could be game changers,” Netanyahu said.

“They will change the conditions, the balance of power in the Middle East. They could present a terrorist threat on a worldwide scale. It is definitely our interest to defend ourselves, but we also think it is in the interest of other countries.”

He would neither confirm nor deny what was widely believed to have been an Israeli air strike on a Syrian weapons convoy believed bound for Hezbollah fighters in Lebanon in January.

Israel is closely monitoring the Golan Heights ceasefire line with neighbouring Syria out of concern that jihadist elements among the rebels fighting President Bashar al-Assad’s regime could attack the Jewish state.

Israel seized the Golan from Syria in the 1967 Six-Day War and annexed it in 1981, in a move never recognised by the international community.