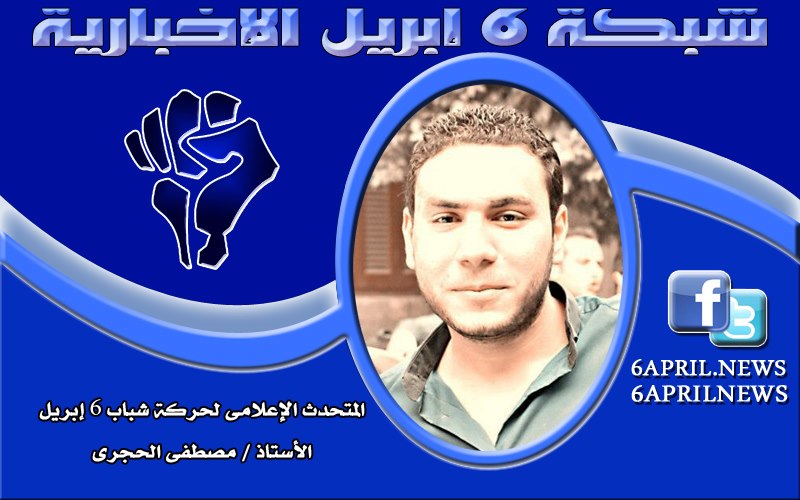 Abdelrahman Mohsen, a member of the 6 April Democratic Front, was arrested early on Friday morning along with four other men, following dawn raids by police.

According to the Front’s spokesperson Mostafa Al-Hagri, members of the group were gathering outside a court in the Fifth Settlement to show solidarity with Mohsen

He also confirmed that police forces raided the homes of the men and arrested them on unknown charges. “There is no reason for him [Mohsen] to have been arrested and this has confused us. The authorities have given us no reason for his arrest,” Al-Hagri said.

In a statement released by the Front on Friday, the group announced that they will take this incident very seriously. “This displays the usual bullying by security forces in [Hosni] Mubarak’s era, which has continued  in [Mohamed] Morsi’s era,” the statement read.

“We will employ all means of escalation against such practices by the interior ministry,” the Front declared. The group added that the interior ministry imprisons youth activists, follows them, and raids their homes in the morning “under the pretext of protecting the state”.

The 6 April Democratic Front was born from the 6 April Youth Movement following an internal dispute in 2011.