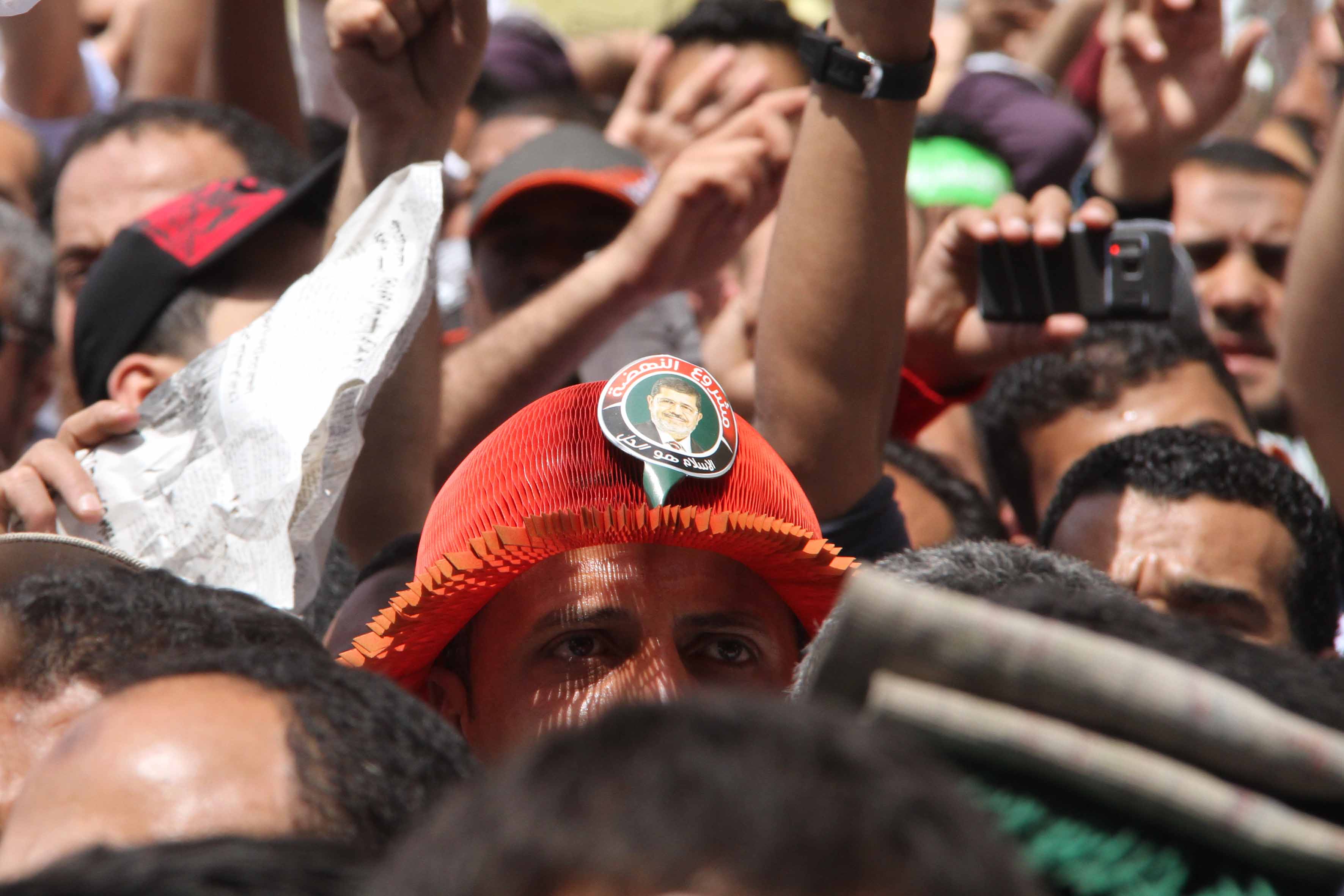 A number of Islamist parties and movements began their demonstration after Friday prayers outside the High Court building. The demonstration’s demands include the Shura Council’s approval of the Judiciary Authority Law, the cleansing of state institutions from corruption, the prosecution of those involved in killing protesters during the revolution, and the retrieval of money stolen from Egypt and smuggled abroad.

Groups that announced they would join the Brotherhood and its Freedom and Justice Party (FJP) include Al-Wasat Party, Al-Asala Party, and Al-Jamaa Al-Islamiya’s Building and Development Party.

However not all Islamist parties agreed to take part in the Friday protests. Al-Nour Party secretary-general Galal Morra said his group would not join demonstrations, saying he feared that counterrevolutionary forces could attempt to turn the protest into a scene of chaos and sabotage, according to state-owned Al-Ahram. He went on to say that political channels represented a more appropriate way of bringing about change.

The Salafi Al-Watan Party cited similar reasons for its decision to refrain from protesting on Friday.

Al-Dostour Party expressed “grave concern” about the demonstration, saying it was an attempt to apply pressure on the country’s legislative body to further compromise the independence of Egypt’s judiciary.

It went on to say that the first step to reforming the judiciary would be the removal of Prosecutor General Tala’at Abdallah, who was appointed by President Mohamed Morsi in November, replacing him with a new prosecutor general appointed by the Supreme Council of the Judiciary.

The Popular Current said it was “surprised” by the Brotherhood’s call to demonstrate, claiming Morsi’s constitutional declaration exacerbated a lack of independence of the judiciary in favour of the Muslim Brotherhood, and saying its call to “cleanse the judiciary” was “suspicious”.

The Ministry of Justice also rejected the demands of the demonstration, saying certain measures, including lowering the age limit for judges, could not be used for political gains and that any change to the Judicial Authority Law would have to be carried out in cooperation and consultation with the judges themselves.