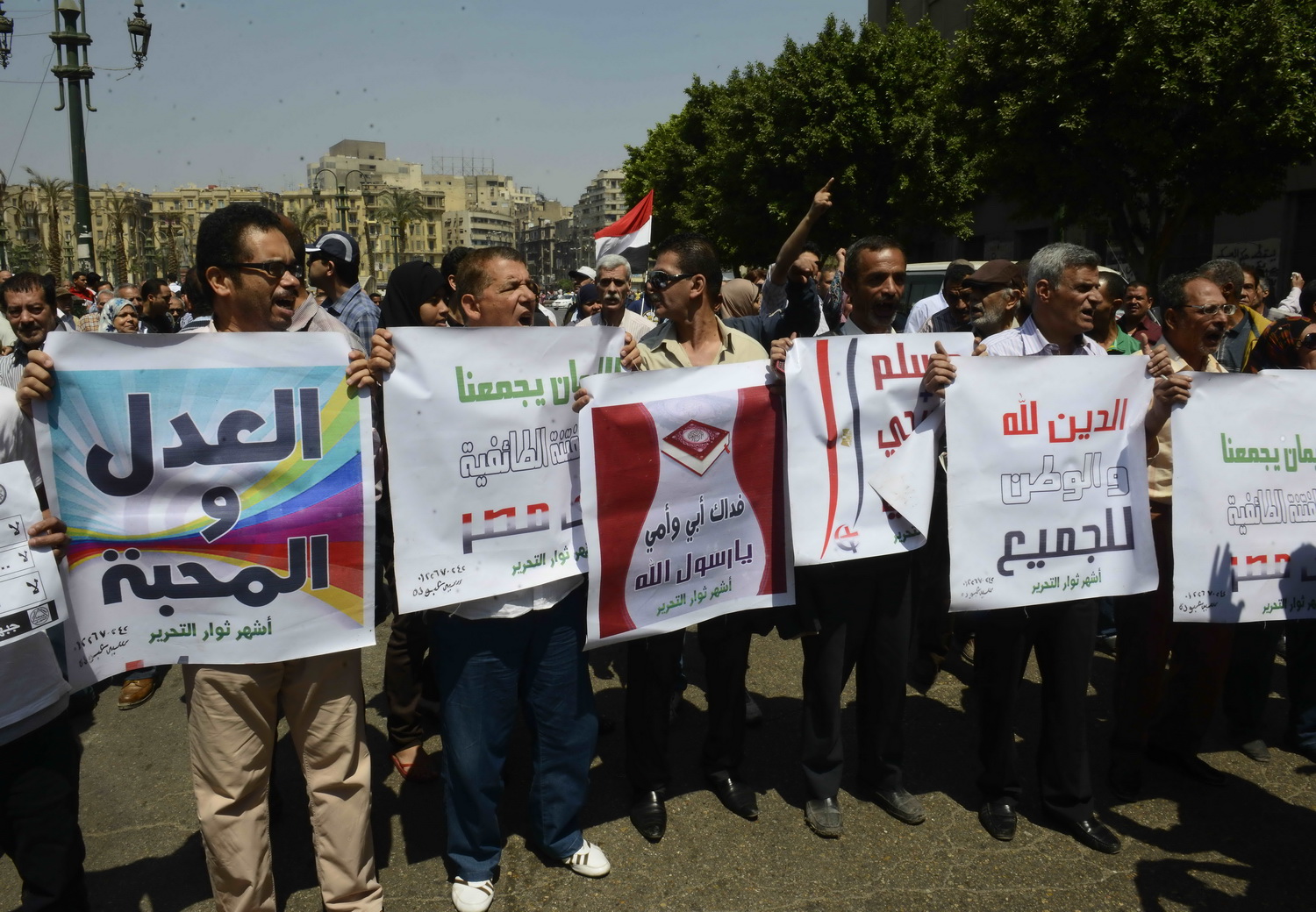 A march organised by the Maspero Youth Union for Friday has been postponed over fears that it could lead to clashes with Muslim Brotherhood supporters. To replace the march, a demonstration was held in Dawaran Shubra but it only attracted dozens of protesters.

The Coptic rights group announced the march on Monday to demonstrate against sectarianism and the collective punishment of those accused of inciting violence at St Mark’s Coptic Orthodox Cathedral earlier in April. The group also rejected a reconciliation meeting held between Pope Tawadros II and representatives from Al-Azhar.

Mina El-Qess, a member of the Maspero Youth Union’s political bureau, said that the decision to postpone the march was to avoid clashes with the Brotherhood, who are holding a demonstration outside the High Court. El-Qess said that the march from Shubra to the Shura Council would go straight past the High Court. “We want to avoid clashes and not give the Brotherhood an opportunity to say they were attacked by Copts,” he said.