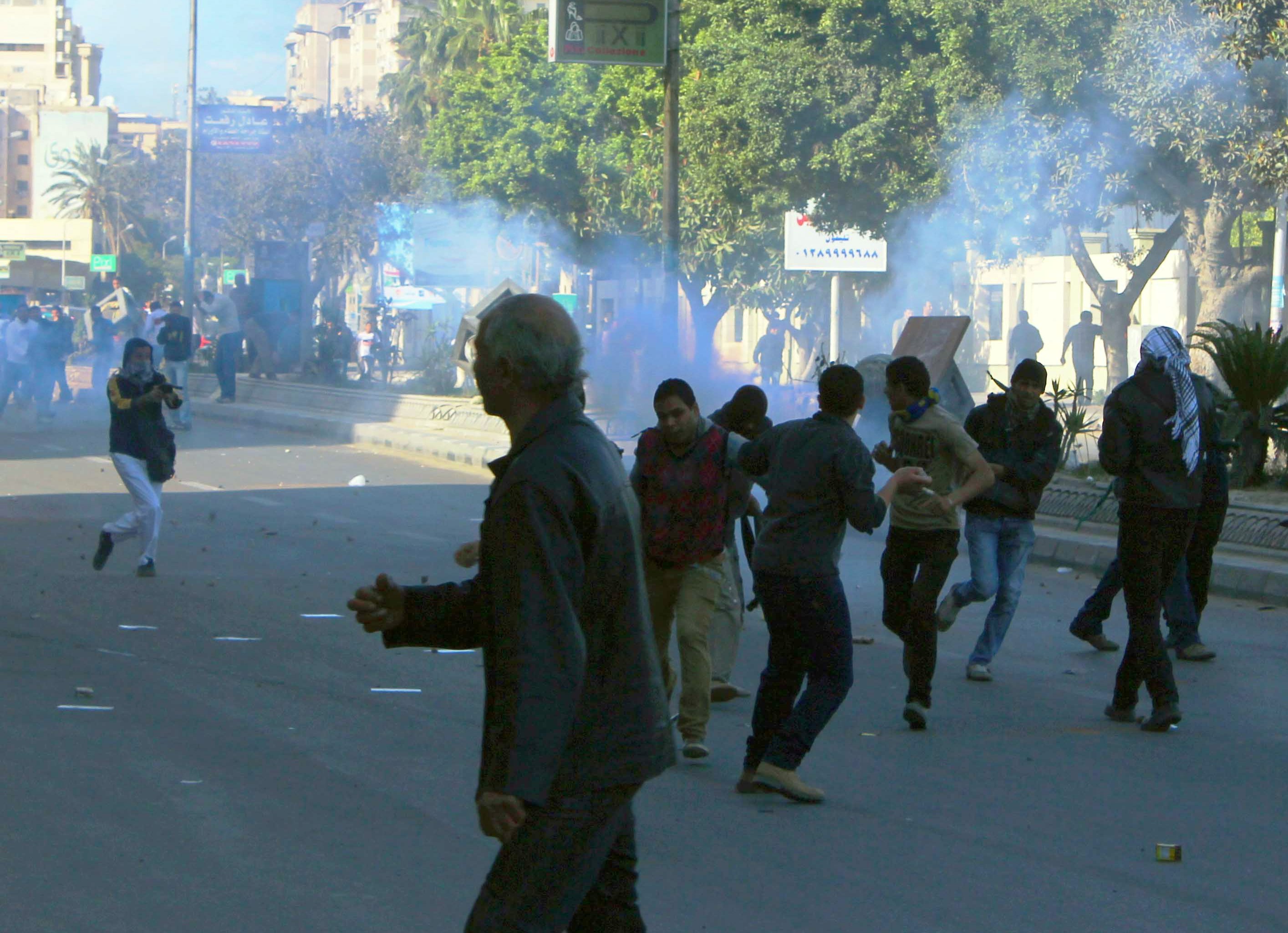 A peaceful protest at the High Court building in downtown Cairo turned violent on Friday after a demonstration led by the Muslim Brotherhood was attacked.

Unknown assailants attacked and burned a bus allegedly carrying Brotherhood members to the demonstration, which called for the cleansing of the country’s judiciary. The incident escalated into clashes between supporters of the president taking part in the demonstrations and groups of younger men.

The opponents of the demonstration used fireworks, birdshot, and tear gas against Brotherhood supporters while those who had been participating in the High Court demonstration wielded sticks and threw rocks.

The Ministry of Health said that 46 had been injured by late Friday afternoon, mostly with birdshot-related injuries or flesh wounds.

Fighting continued in the area next to Tahrir Square and the 6th of October Bridge, with Brotherhood supporters positioning themselves on the exit ramp of the bridge towards Ramses Street with their opponents near Tahrir Square next to the Egyptian Museum. Central Security Forces (CSF) later intervened, firing tear gas on those clashing with Islamist demonstrators. Both sides threw rocks and fired birdshot as the injured were carried to ambulances.

Thousands had gathered at the High Court earlier on Friday to call for the purging of the judiciary. Groups participating in the demonstration included the Muslim Brotherhood, its Freedom and Justice Party, Al-Wasat Party, Al-Asala Party, and the Building and Development Party.

Fighting also took place in Alexandria on Friday in the neighbourhood of Samouha, where people threw rocks and fired birdshot, according to state-owned Al-Ahram. The Brotherhood had also called for demonstrations in Alexandria, in which protesters made the same demands as those in downtown Cairo earlier on Friday.