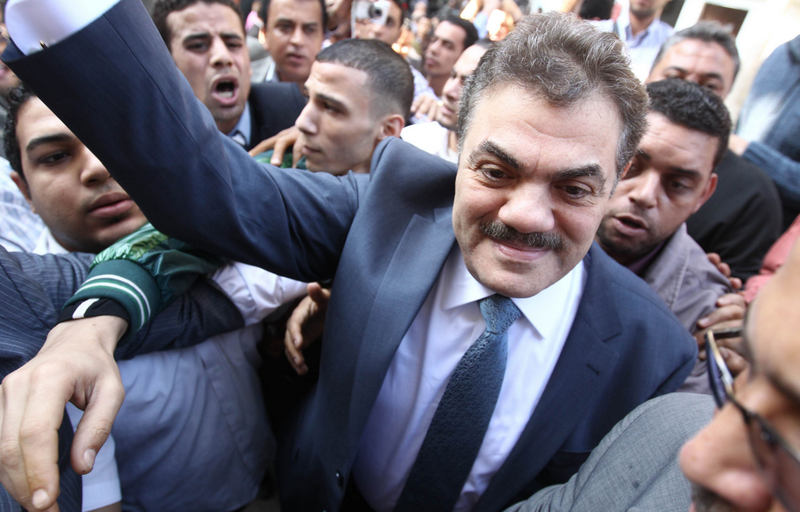 Dozens of Al-Wafd Party members from various governorates gathered on Friday evening to participate in a conference promoting national unity, held by the party at its main headquarters in Dokki.

The party displayed banners and slogans calling for Egyptians to reject sectarian conflict. Those included posters of the cross and crescent, and slogans such as “Egypt for all Egyptians” and “Do not divide the nation”.

Among those who attended the conference were the Al-Wafd Party Chairman El-Sayed El-Badawi, Al-Wafd Secretary General Fouad Badrawi and the Al-Mo’tamar Party head and former presidential candidate Amr Moussa.

El-Badawi delivered a speech at the conference which addressed a number of topics regarding the current political situation in Egypt, stressing that the country must be saved from a state of collapse.

Ahmed Mahmoud Atallah, an Al-Wafd Party member who attended the conference, said: “The conference included both Muslim and Coptic figures who gave speeches and were both stressing the importance of national unity, and how everyone should fight against the sectarian strife that keeps threatening the nation.”

The conference mainly focused on national unity; however, some groups were drifting towards a different direction. “There were groups of people that kept cheering for and chanting against certain groups, but the rest of the crowd immediately stopped them because they did not want any type of sectarian division. This is not what we are here for,” Atallah said.

While all the religious leaders and important figures present at the conference focused on expressing a peaceful attitude and achieving unity, the Al-Wafd Secretary General and former tourism minister Fakhry Abd El-Noor was more rigid saying that national unity in Egypt is near impossible unless those who caused the Al-Khasous and St. Mark’s Cathedral incidents receive their deserved punishments.

The Al-Wafd Party had also called for the conference in order to discuss its withdrawal from the National Salvation Front (NSF) and object to the NSF’s decision to run in the upcoming parliamentary elections. On Thursday, the Front announced its intention to participate in the elections on conditions that the government guarantees a just and fair electoral process. The Al-Wafd Party declared its disapproval of this decision in a statement issued on Friday.

The statement claimed that making such a decision in light of the current political events in the country would sabotage any attempts at building national reconciliation.