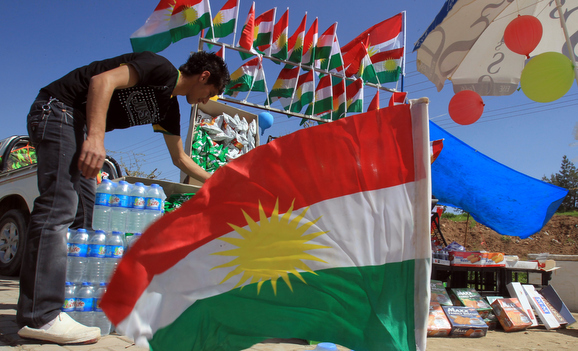 The Egyptian Commercial Service (ECS) within the country’s Ministry of Industry and Foreign Trade, recently organised a delegation of 40 Egyptian investors, businessmen and executives from industries to travel to Iraqi Kurdistan.

Anwar Al-Sahargati, president of the ECS, said that the move came as the Ministry seeks to increase and expand the number of Egyptian exports entering new markets, in addition to increasing awareness among Egyptian investors of new opportunities available in such markets.

Sahargati said that a number of meetings were held during the trip, in particular with the Kurdish Industry and Commerce Minister Sanan Jalabi and the president of the region’s Investment Authority. Topics discussed included ways to improve joint development and coordination between the two sides, harness Egyptian expertise to help train Kurdish workers and employees, and working to establish an exhibition of Egyptian products in the region’s capital city of Irbil. Plans were also discussed and reviewed for the establishment of an industrial free zone, to be constructed free of charge on 2 million square metres of land, in addition to plans to further improve development cooperation between the two sides.

Sahargati said that the trip was a success and helped to open up a number of lines of communication between Egyptian and Kurdish businessmen, as a number of Egyptian contracting companies were able to set up headquarters and open local branches in Iraqi Kurdistan, allowing them to begin a number of new projects in the coming months. Plans to construct a number of Egyptian factories to produce pipes, furniture, sewage waste handling products and other goods helping to meet the needs of the region were also discussed. Construction of the Egyptian product exhibition is set to take place between 2 October and 13 October 2013.

Agreements were also signed to host a joint Egyptian-Kurdish economic forum, to be attended by Irbil’s governor Nurzad Hadi and a number of investors from both countries, which would explore ways to improve and facilitate cooperation and review the most important development projects underway in the region. A second investment and commerce forum is also set to be hosted in the Iraqi province of Sulemaniya, hosted by Sheikh Mustafa Abd al-Rahman, President of the Kurdish Importers and Exporters Federation. At the forum, a number of joint partnerships between Egyptian businessmen and their Kurdish counterparts are expected to be signed.