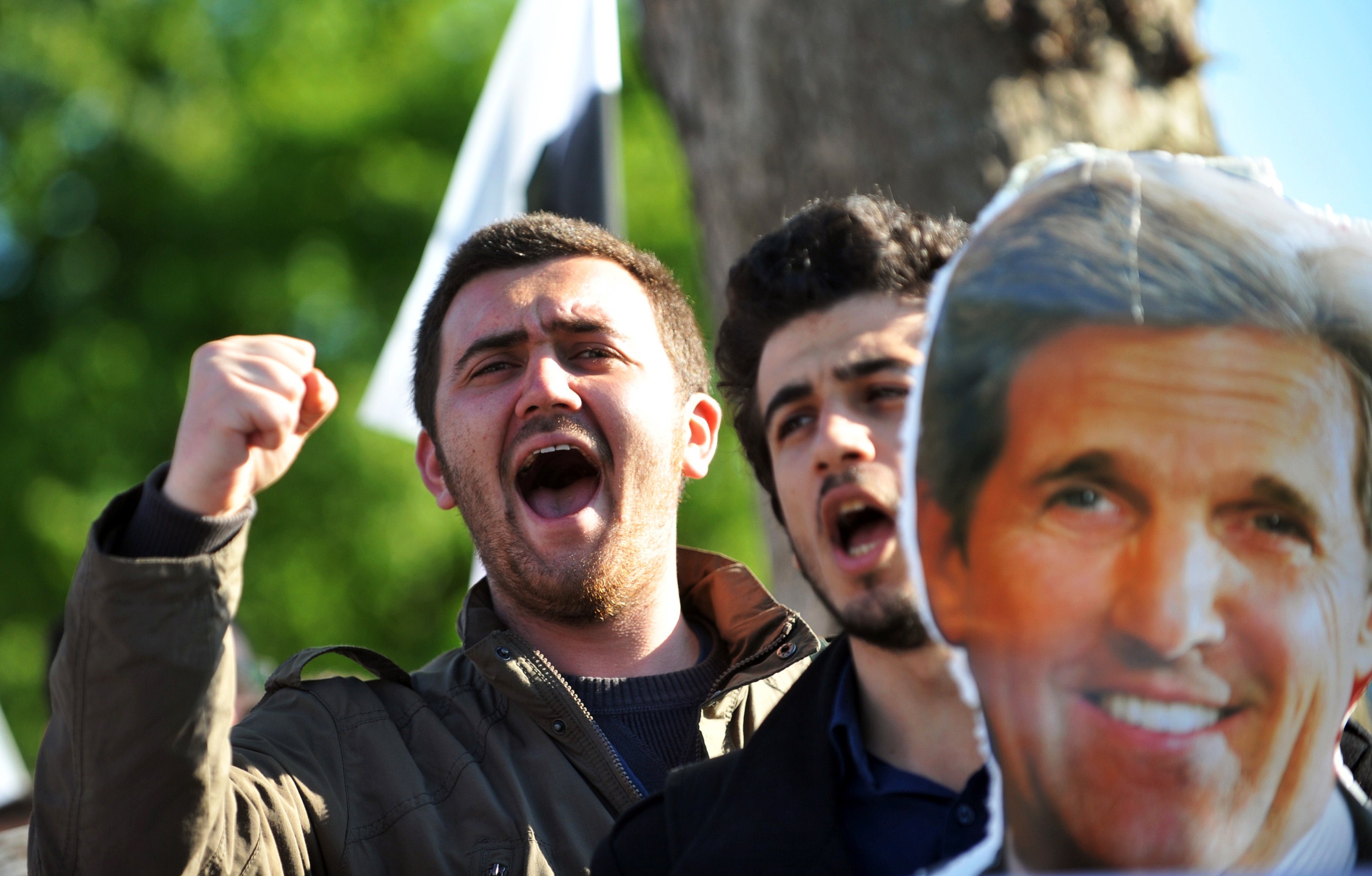 Representatives from 11 nations and the Syrian National Coalition (SNC) met in Istanbul on Saturday for a Friends of Syria meeting. Minister of Foreign Affairs Mohamed Kamel Amr and head of the SNC, Ahmed Moaz Al-Khatib are, at time of print, scheduled to attend the meeting. Head of the Free Syrian Army Selim Idriss also attended the meeting, according to AFP.

Kamel Amr contacted his Turkish counterpart Ahmet Davutoğlu by telephone on Friday ahead of Saturday’s meeting. The two ministers discussed developments of the situation in Syria and their separate communications with other regional and international parties concerned with the issue, according to a statement published by the Ministry of Foreign Affairs.

This meeting comes following the Arab League’s decision to allow its members the right to provide arms to the Syrian opposition. The rebels have been calling on the international community to provide arms in order to level the playing field against Syrian President Bashar Al-Assad’s regime. At the 24th Arab Summit in Doha in March, Al-Khatib called on the United States to provide “more than food and humanitarian support”. He also announced that he had asked US Secretary of State John Kerry for a missile defence system to prevent civilian casualties.

Aside from Egypt and Turkey, representatives from the US, the United Kingdom, Qatar, Saudi Arabia, Jordan, the United Arab Emirates, Italy, Germany and France are also expected to attend the meeting.

Last Wednesday during a press conference with Davutoğlu, Russian Foreign Minister Sergey Lavrov criticised the Friends of Syria group, describing them as a “‘friends group’ of a certain part of the Syrian opposition”.