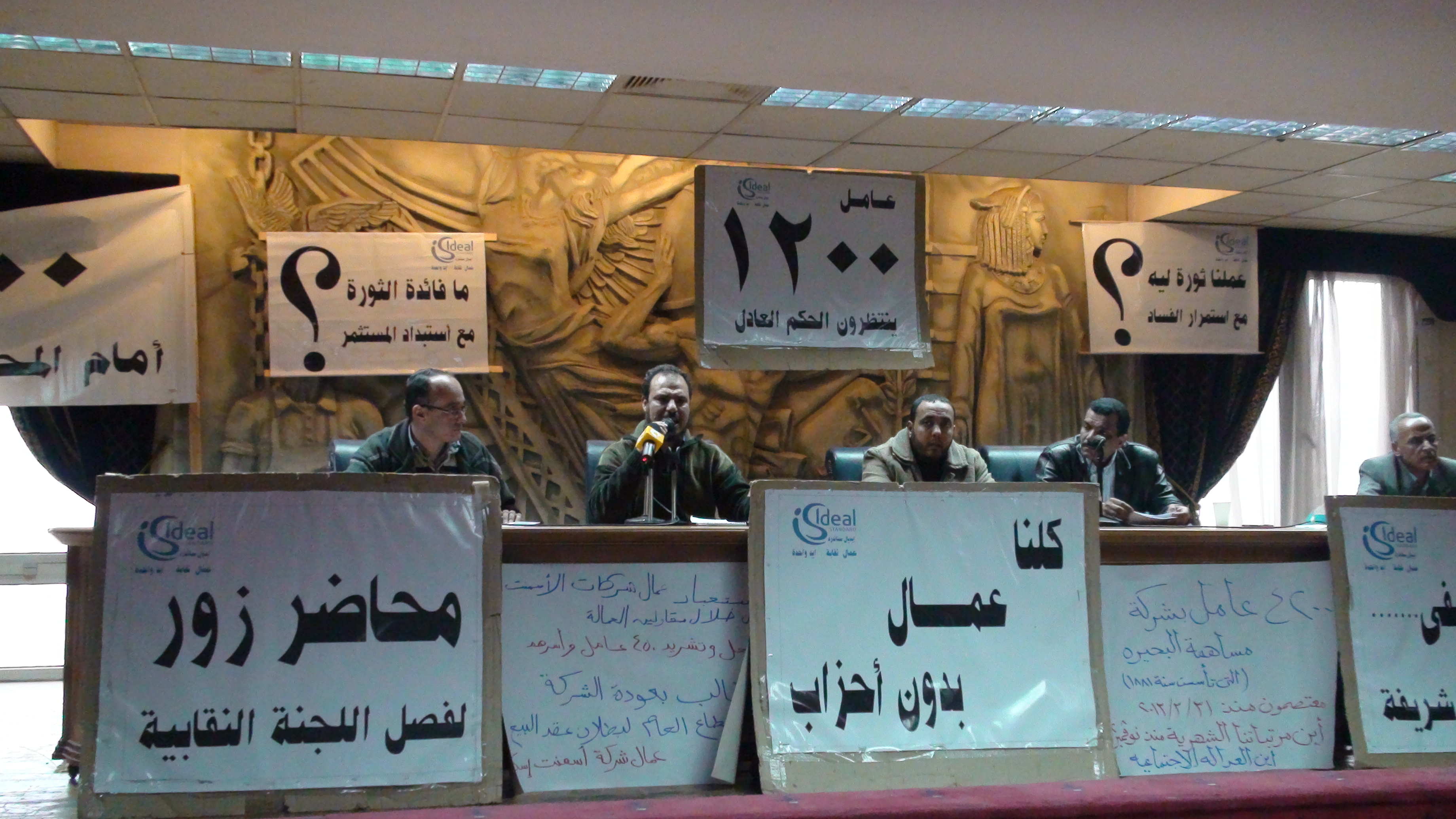 Workers from the Ideal Standard factory in the industrial city of 10th of Ramadan who have been on strike and dismissed from their work, Titan Cement at Alexandria and spinning and weaving factories in Mahalla were represented at the press conference.

According to Hesham Fouad, the organiser of the conference, the workers raised a unified list of demands.

“First, the workers demand carrying out a series of amendments to the laws governing labour which allow the dismissal of workers and members of the workers’ unions who actively participate in strikes or sit-ins. Second, we demand directing investments to the public sector and the sectors that are financially crippled,” he said.

He added: “We also demand the companies which were privatised under the former regime to be returned to the public sector, such as Tanta for Linen. The fourth demand is to pay workers their late wages and other arrears.” Fouad also said the workers demand a minimum wage of EGP 1500 per month.

Fouad explained that the conference aimed at bringing together workers from different industrial areas in Egypt, unify their demands and listen to “their struggles with the recent repressive measures taken by the government”.

“The government uses brutal means to suppress the workers’ movement at a grassroots level,” he added. “They have unleashed dogs on workers and dismissed those who are actively organising strikes.”

Workers from the Spinning and Weaving Association raised their concerns separately, particularly because they are still engaged in an ongoing strike that has lasted for more than 50 days.

Kamal El-Fayoumi is one of the workers from the association. He said: “We (the Spinning and Weaving Association) share the same problems of the workers; however we have some particular demands such as increasing our insurance and paying risk allowance.”

The workers will be deciding in the upcoming week whether or not they will be taking part in the demonstrations called for by the independent trade unions that are planned for 1 May.