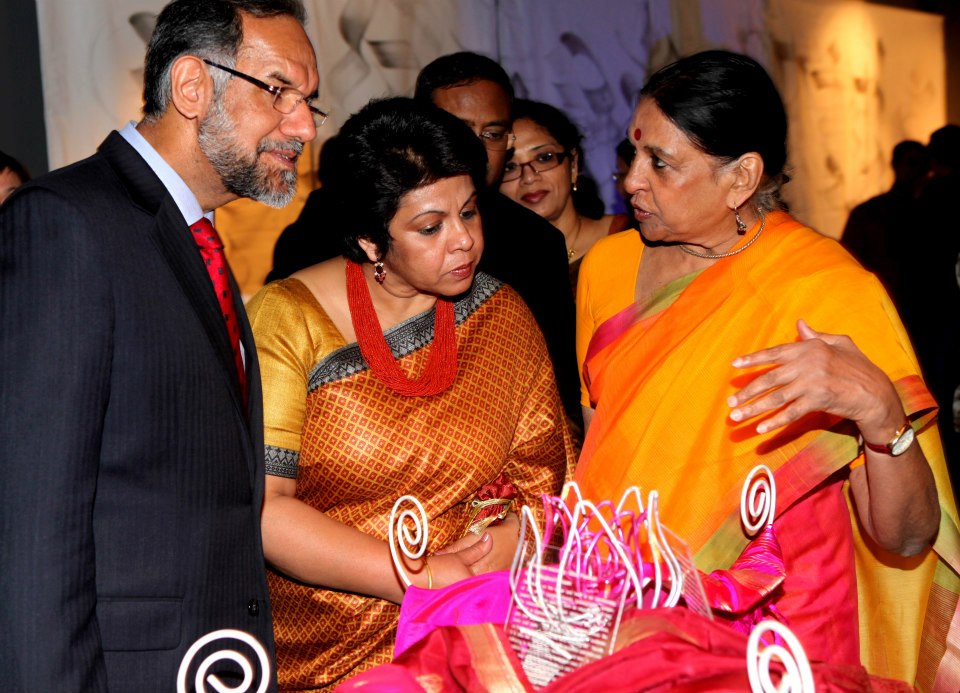 On 15 April, Ambassador Navdeep Suri, his wife Mrs. Mani Suri and Ambassador Salwa Mofid, assistant to the Foreign Minister on Asian Affairs, opened the exhibition in Cairo, along with a number of Egyptian and Indian celebrities and diplomats.

The exhibition shows over 100 handcrafted objects that feature calligraphy. The exhibition also marks the cooperation between Ms Jaya Jaitly’s foundation Dastkari Haat Samiti and the National Human Development Report for Egypt, headed by Ms Heba Handoussa. The two organisations will work on the exchange of expertise in the empowerment of women, specifically through a project in the governorate of Qena.

The exhibition will run until 25 April.