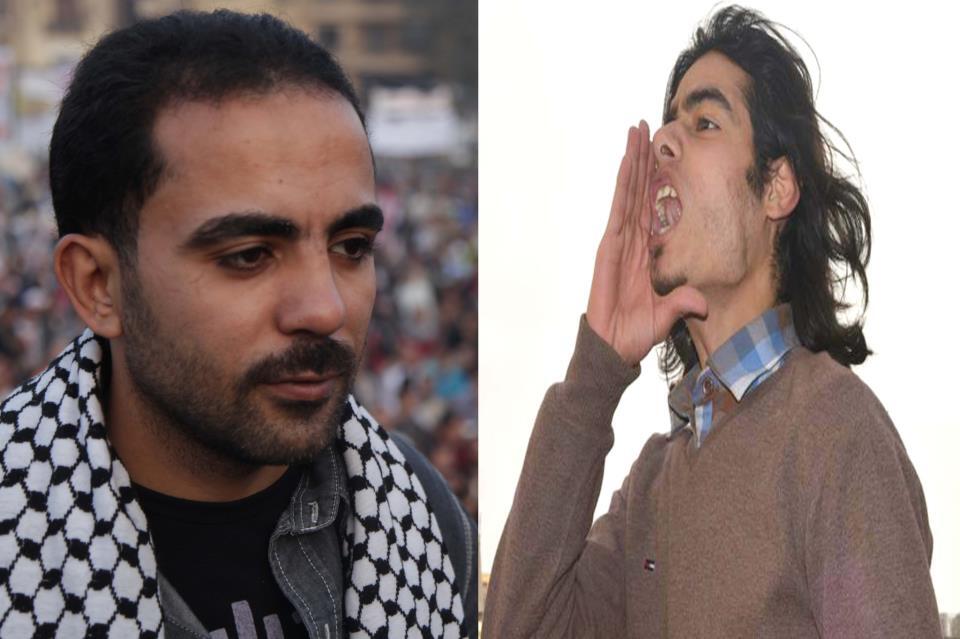 Awad and Mikhail were arrested on Saturday morning in front of Fifth Settlement Court, where they were protesting in solidarity with eight alleged Black Bloc members being investigated.

The father of one of the detainees was allegedly snubbed by policemen as he asked to see his 16-year-old son, said Sayeda Qandil, lawyer at the Front to Defend Egypt Protesters.

Awad and Mikhail were arrested after an altercation between policemen and themselves. The two claim they were violently dragged into the police station, where the officers filled complaints against them.

Seven alleged Black Bloc members were arrested early Friday as the police raided over 22 houses, carrying out arrest orders issued by the prosecutor general. An eighth turned himself in on Saturday. Investigations into the eight detainees will resume on Tuesday.

They are accused of being members of the Black Bloc group, terrorising citizens, resisting authorities and sabotaging public and private property. Qandil said they remained in custody for over 36 hours before being referred to investigation.

“This is a clear violation of the constitution and of the law,” she said.

The remaining 30 detainees remain in jail, their detention renewed for four more days. Investigations will resume on Tuesday.

All 39 detainees were accused of rioting, attempted murder, possession of weapons and ammunition, and use of force against public conscripts.

Fighting picked up on Friday on Ramses Street during a Muslim Brotherhood-led protest at the High Court building, as a bus on its way to the demonstration was attacked and burned by assailants.

Both sides exchanged birdshot, flares and rocks until Central Security Forces intervened, using teargas against those who had been fighting against supporters of President Mohamed Morsi.