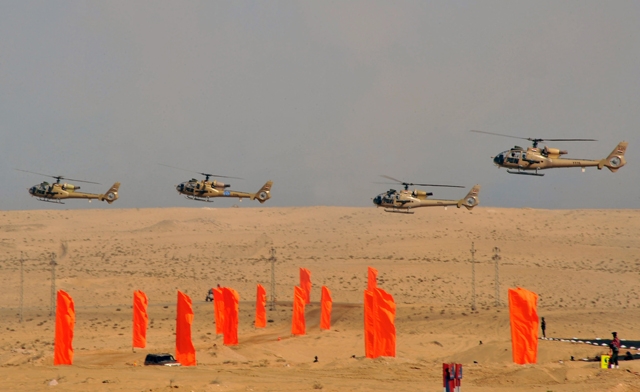 A military helicopter made an emergency landing in Sharq Al-Owainat on Saturday evening, prompting speculations by Egyptian media that it was shot down by smugglers operating near the Libyan border. The military spokesperson Ahmed Mohamed Ali released a statement on Sunday denying the Mil Mi-17 helicopter was shot down, adding that “at 9:20 Saturday evening… a sudden malfunction of its engine while patrolling the southern border led to an emergency landing.”

The military spokesperson also said that there was no loss of life and the helicopter was not destroyed in the landing.