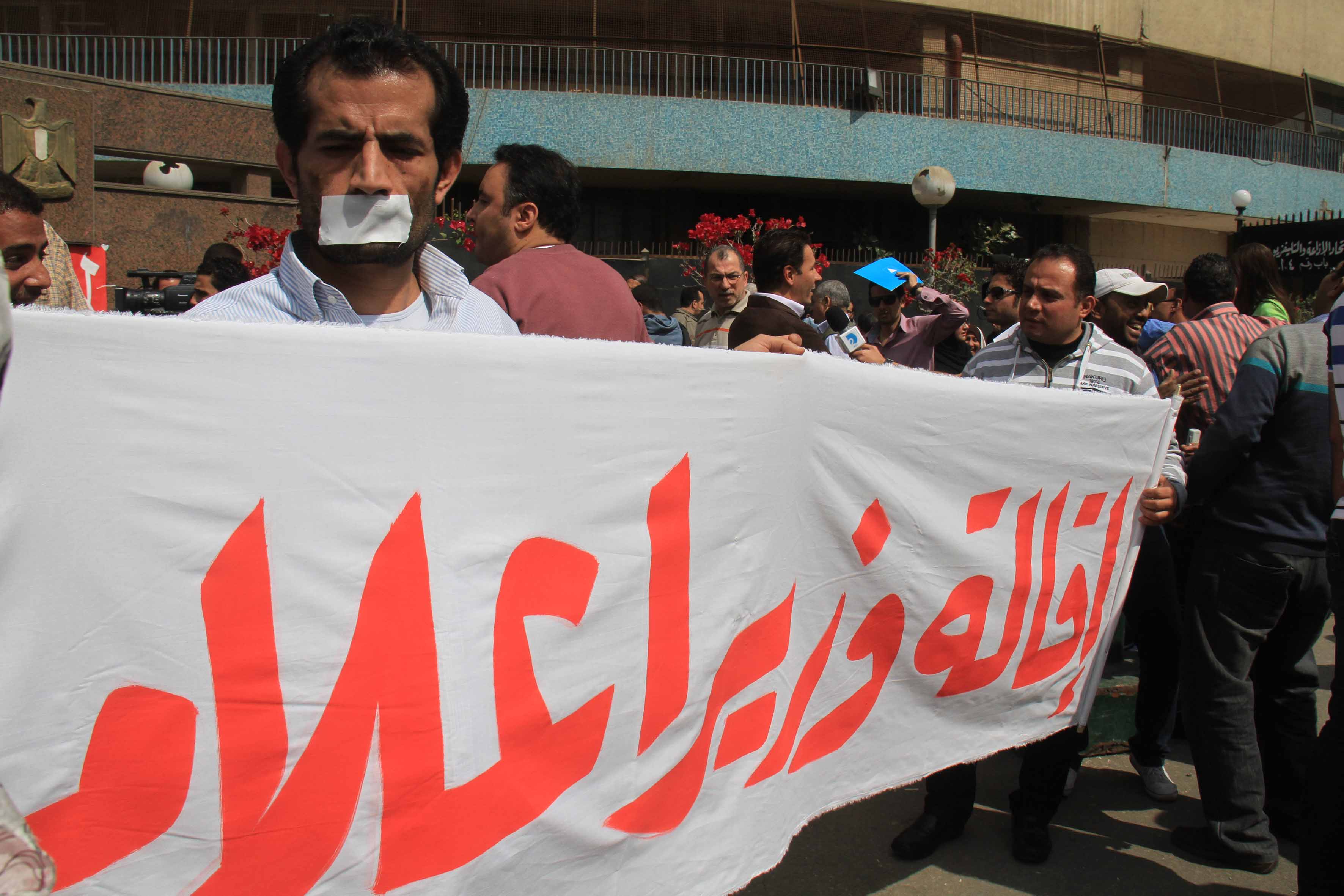 Dozens of people protested outside Maspero, the headquarters of the Egyptian Radio and Television Union, on Sunday calling for the resignation of Minister of Information Salah Abdel Maqsoud.

State television presenter Bothaina Kamel read out a statement on behalf of the protesters at the demonstration, calling for the dismissal of Abdel Maqsoud and new policies encouraging reform in the country’s media.

The statement accused the minister of deliberately working in favor of Morsi’s regime and compromising the integrity of media practices.

The protesters also accused the minister of implementing new regulations that threatened to reduce wages by more than 60%, and called for the removal of leaders within the ministry who were “complicit” in the new policy.

The statement also considered Abdel Maqsoud’s tenure as minister unprofessional and marred by practices that favoured the government and a specific part of the political spectrum.

Many of the demonstrators put adhesive tape over their mouths to represent what they described as government repression of the country’s media.

Demands for Abdel Maqsoud’s removal from his post continue to mount. Last week the Conscience Front called for his removal, accusing him of incapable of “addressing threats to [his] institution”.

The minister used sexual innuendo in a comment directed to a female reporter last week, sparking outrage and calls for his resignation.

President Mohamed Morsi announced on Saturday that a cabinet reshuffle was imminent, but did not specify the exact timing of the reshuffle or which ministers would be replaced.