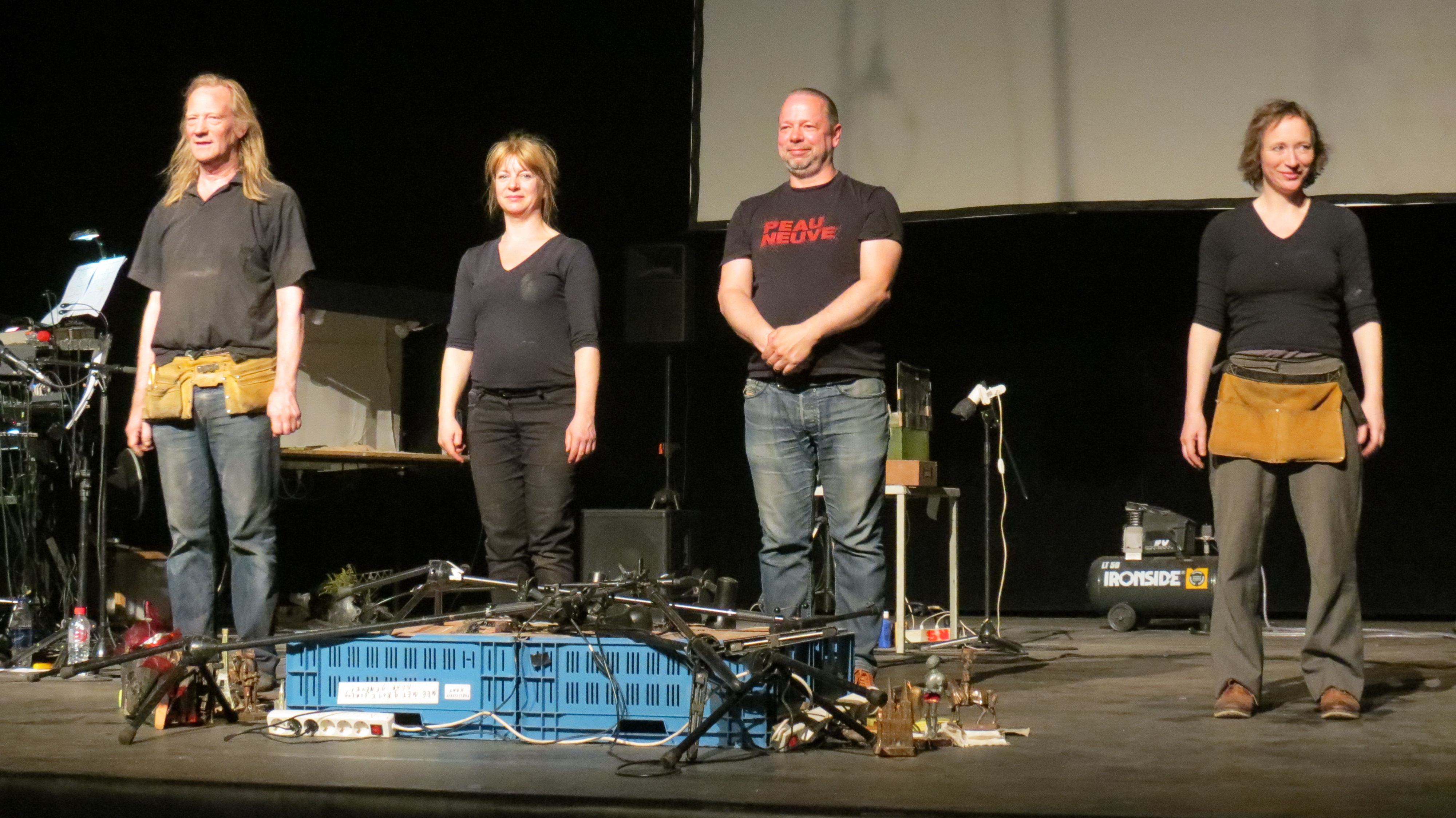 We all remember the puppet shows of our youth; reluctant adults wielding old socks and purchased puppets to entertain grouchy kids. The other option was of an old puppet show on television or that insipid puppet called Bo’loz that seemed to pop up everywhere child-related. Puppet shows proved to be boring because most people involved were bored. The alternative to our boredom was cartoons, for which every child of the nineties practically lived. Cartoons were exciting and brought new worlds to our crummy, chocolate-smudged fingertips.

Hotel Modern, a Dutch team of animators, decided to combine the two. As part of the Downtown Contemporary Arts Festival, the team re-enacted World War I using puppets, dirt, water and even fire. At first the team gave a narration of the events that preceded the war and then they started to act out firsthand accounts. The stories included a French soldier, who sends his mother letters throughout the duration of the war. The letters follow his transformation from a naïve and happy to jaded, bruised and beaten, eventually falling into indifference over the violence and atrocity of war in the end sullenly telling his mother about digging graves.

The enactment focuses on how the war affected those involved personally, rather than politically. It portrays how the Great War affected individuals rather than the world as a whole.

The team that presented the puppet show consists of four people: Arthur Sauer, in charge of sound and performing a variety of sound effects; Herman Helle, who is the person behind the concept of Hotel Modern and is in charge of the different instruments; Pauline Kalker and Arlène Hoornweg, both alternating as narrators and animators throughout the performance.

At one point the animators spun the tale of a soldier who is hit by a grenade that severs his leg. He is unable to move and the rest of the platoon is unable to rescue him because he is in the line of fire. They have to sit there, listening to him wailing and asking for death. The animators gave so much life to the story using different tools that the audience easily forgot the characters are simply puppets.

The audience, at first, seemed to be unable to understand, which was obvious by their awkward laughter. It was really strange given how grave and melancholy the story was. After a while, as we descended into the mayhem of war, people’s uneasy laughter was replaced by awkward silence and slight coughing. The coughing was due to the pyrotechnics used as part of the show, and the smoke-like substance they used to enact mustard gas.

The performance required a lot of planning, intricate timing and the animators’ constant movement. However they pulled it off seamlessly, and delivered a heart-wrenching story using things one can find in the attic.