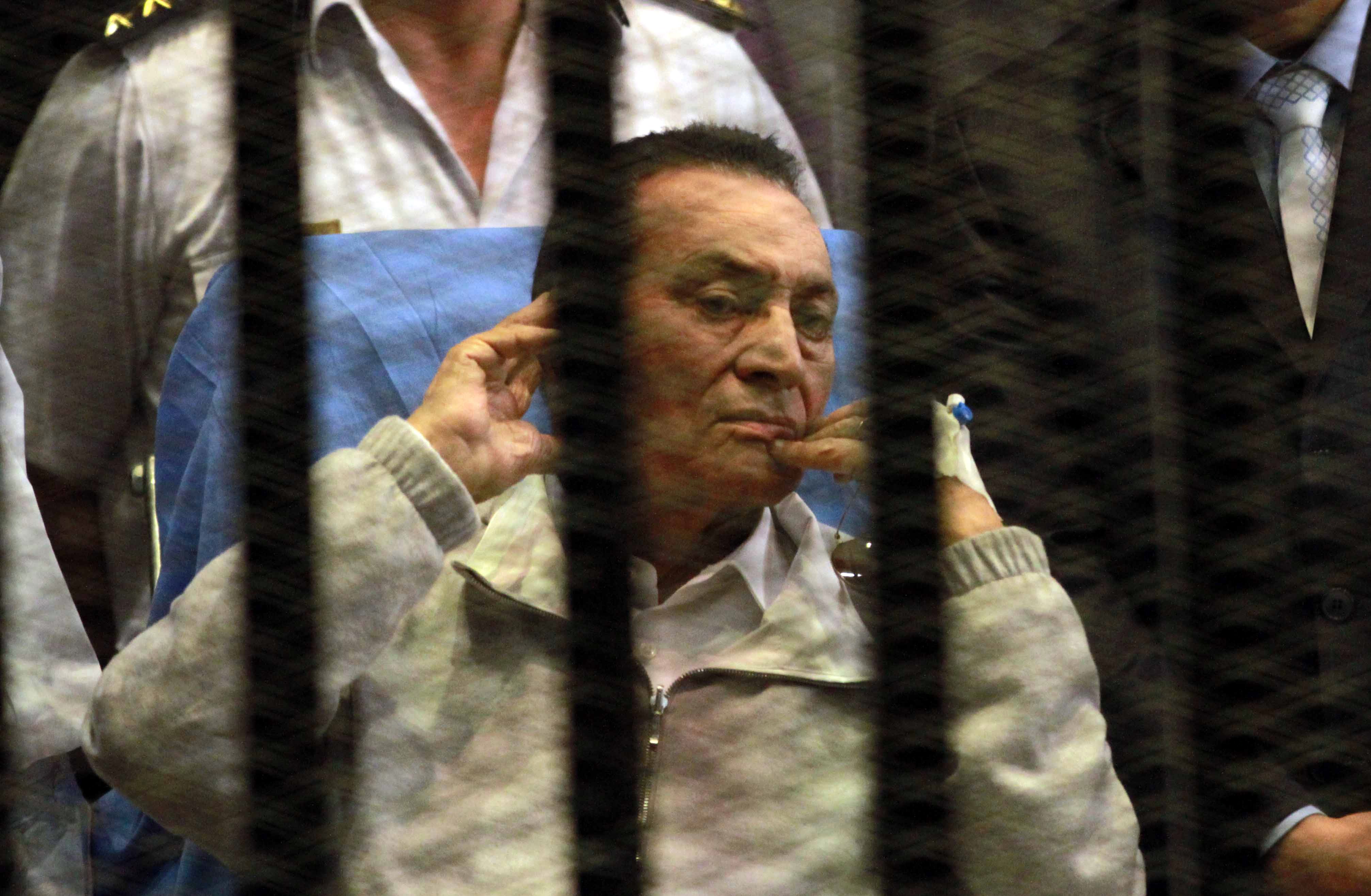 Mubarak had received an earlier release order regarding a case where he faces charges of illicit gains. The prosecution appealed the release order, however, and the former president will remain imprisoned on remand for at least a further 15 days.

Nasr City Appeals Court ordered on Saturday Mubarak’s acquittal from graft charges and ordered his release, but Prosecutor Tal’at Abdallah immediately appealed the decision which fell through in Monday’s session.

The South Cairo Criminal Court on 15 April ordered Mubarak’s release from custody in his most high-profile case where he faces charges of killing protesters during the 25 January 2011 uprising that ousted him.

Mubarak has spent over two years in custody, the maximum a defendant should spend in custody without receiving a sentence when facing charges leading to the death penalty or life in prison.

He was initially arrested in 2011 for his role in the death of protesters during the 25 January uprising that ousted him. He has been kept in custody since then and faced trial, receiving a life in prison sentence in June 2012.

His lawyers appealed the sentence, as did the prosecution, to the Court of Cassation, which ordered a retrial and referred the case to the Cairo Court of Appeals to assign to a criminal court.

The former president still faces three other cases, all related to financial corruption, and therefore has not been released.