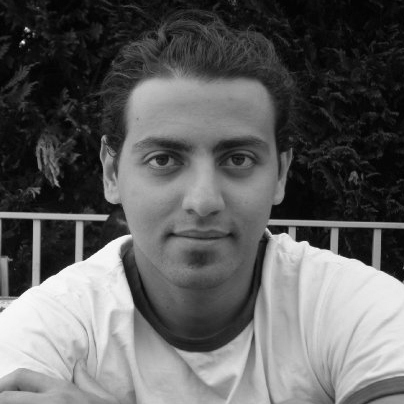 Watching the manhunt for the Boston Marathon bombers unfold live on TV, I cannot help but feel a certain sense of awe at the precise and methodical nature of law enforcement in the United States. At times, even in between the conflicting reports and hearsay, there was certain senses of inevitability to it all; it was only a matter of time till the heavy hand of justice catches up with the perpetrators. Sure enough, the two suspects were eventually apprehended after fierce resistance, one of them alive to see his day in court.

Throughout the whole saga, a number of Egyptian bloggers could not help but look on the unfolding events with a sense of gloomy jealousy. How would a similar scenario have gone down in Cairo, I wonder? What would the Egyptian authorities have done when faced with murderers on the run and a community feeling vulnerable at the prospect of further attacks?

On Sunday 7 April 2013, a sustained attack by a mob on St. Mark’s Coptic Orthodox Cathedral in Cairo resulted in the deaths of two Coptic mourners, themselves attending the funeral of four others killed in sectarian attacks a day earlier. The attack was the sixth major breakout of violence reported against the beleaguered Coptic minority in Egypt since the revolution in 2011.

You would think that the Egyptian police reacted with the same speediness as the Boston police, right? I mean, that’s what the police are there for, isn’t it? Within mere minutes of the bombs exploding at the finish line of the race, what seemed like an entire Bostonian legion of uniformed men and women were on the scene. Eyewitness accounts and videos of the aftermath describe a beehive of activity with police not only cordoning off the area and other emergency responses but they also earnestly sought to help the victims of the brutal attack. Pictures abound of police carrying bloodied children and pushing wheelchair-bound individuals to safety. At the cathedral, eyewitnesses and videos describe a police force that not only stood idly by while attackers were throwing rocks, Molotov cocktails and firing live ammunition at the cathedral, but actively participated by firing their own teargas inside the Coptic compound.

Similarly, the response from the top paints a dark, shamefully embarrassing picture for Egyptians. While Obama addressed a shocked nation within hours of the incident and warned against rash public judgment whilst investigations were ongoing, Morsi waited until the next day to issue the usual Brotherhood-brand of vague statements alluding to foreign conspiracies and plots against a fictitious national unity. Perhaps Copts should be thankful he didn’t tweet his now-infamous insult to Pope Tawadrous II: “Any attack against the cathedral is like an attack against me personally.” It speaks volumes for the mature respect for democracy that even after the main suspects of the bombing were confirmed Obama urged caution against speculating on possible motives until due process had taken its course.

The embarrassing reality of the Egyptian justice system actually gets worse. Imagine that after the bombs exploded at the marathon, with all the agony of the victims and the terror of an entire community, the FBI announced that their main concern was to bring “reconciliation” to the city. Fearing an outbreak of anti-Muslim violence, the authorities gathered leaders of the city along with leaders of the local Muslim community and forced them to negotiate a settlement to the Boston Marathon “clashes”. Of course, plenty of media would be on hand to show the government’s great and noble achievement. All the while, the perpetrators are forgotten about and any talk of justice must be within the context of the peace that now exists in Boston because of the reconciliation sessions.

Such is the sad and ludicrous reality for Egypt’s vulnerable Coptic community. While sectarianism is nothing new in Egypt, it is specifically the response of the Egyptian authorities to acts of violence that is at the core of the increasing hostility towards Coptic Egyptians. Reconciliation is a noble goal but when prioritised above justice, it creates a pervasive culture of impunity that ensures the repetition of these crimes.

It is high time for all those interested in seeing the development of a stable and democratic Egypt to start paying close attention to the details of the government’s actions, especially in response to sectarian violence. Participants in such sessions, both Muslim and Christian, must seriously consider the long-term impact of these sessions and whether it might be more beneficial to boycott these sessions altogether until justice is served.