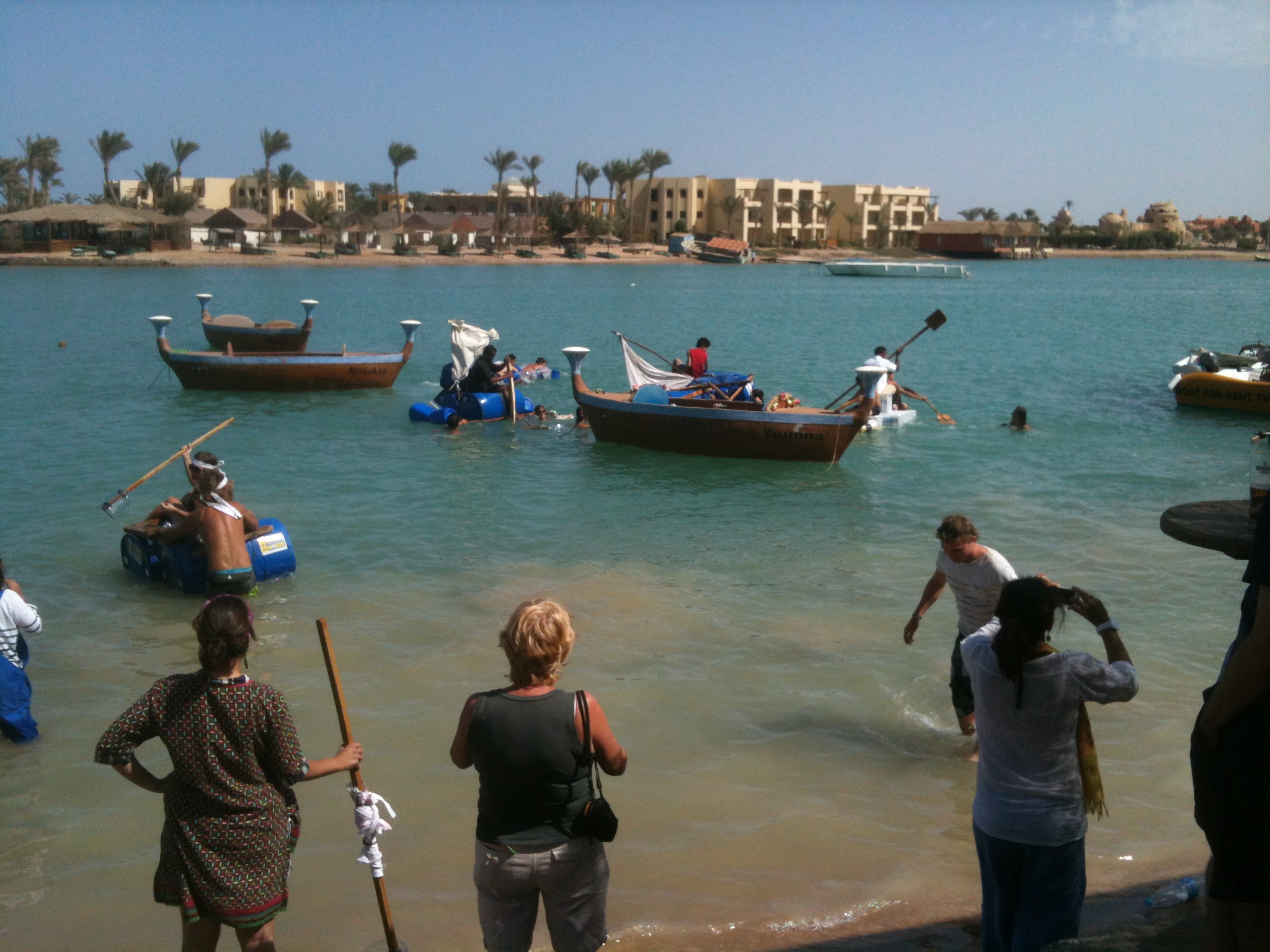 Earth Day has been celebrated in towns all along the Red Sea coast for many years. Most businesses in these locations depend on the natural beauty that surrounds them, both on land and underwater, to attract the tourists that sustain their livelihoods. Beach and underwater cleanups, paired with raising awareness for conservation, have been organised by the communities that live in the towns every year on 22 April, but this year one community went a step further.

El Gouna, located 25km north of Hurghada, staged Green Festival: Earth Week, a full week of activities to raise awareness culminating in the more traditional beach and underwater clean up on 22 April. The week was the idea of a group of residents who decided it was time for a new approach to Earth Day activities, since the traditional underwater and beach clean-up events were not getting the same amount of community support as before. The decision was made to create a longer event with different options so people could choose the ones they wanted to participate in. The initiative garnered a following and got the support of the town’s administration, resulting in a weeklong series of activities and events.

The week started with an informative evening about water and water management in desert environments on the Technical University of Berlin’s campus in El Gouna by the students of the Masters programme in water engineering. Other days featured activities like a visit to the nearby waste management and recycling plant, where some of the separated garbage is compressed and sent to other plants but several products are produced; all the garbage bags that are used in El Gouna for instance are made in the recycling plant.

Another day urged the residents to leave their cars at home, one of the main bus lines through the town was for free on that day, and to not use air-conditions with the town’s electricity department monitoring the usage to compare it with other days. There was a day to plant trees and a children’s art project where recycled material was used to create art.

Last Friday the Whatever Floats Your Boat event brought the El Gouna community together on the beach of one of the local restaurants, The Club House, for a recycled raft race. Resident Mia Ayoub had competed in a race like this before and thought it would be a great idea to organise one as part of Earth Week. “The idea was simple; get a team together and build a raft from recycled material and race as fast as you can,” Ayoub said. On Friday the beach was filled with large and small blue plastic barrels, empty water bottles, pieces of wood and eight teams ready to get to work.

“The environmental manager of El Gouna, Mark Michel, was really helpful,” Ayoub said. “We went to the recycling plant together and selected all the things we could possibly need to build the rafts.” Big rolls of plastic rope, produced by the plant, were on hand to tie all the pieces together and after a few hours of work in the sun the rafts were ready to be put in the water of the lagoon.

Amid cheers of encouragement from spectators the participants raced as fast as they could, but sadly some of the rafts did not make it very far, including the one constructed by Ayoub. “We barely made it off the beach,” she said laughing. “But who cares, it was a great community event.”

El Gouna’s Green Festival Earth Week will end with an underwater and beach cleanup on and around Tawila Island and a beach clean-up of three kilometres of beach north of El Gouna on 22 April.