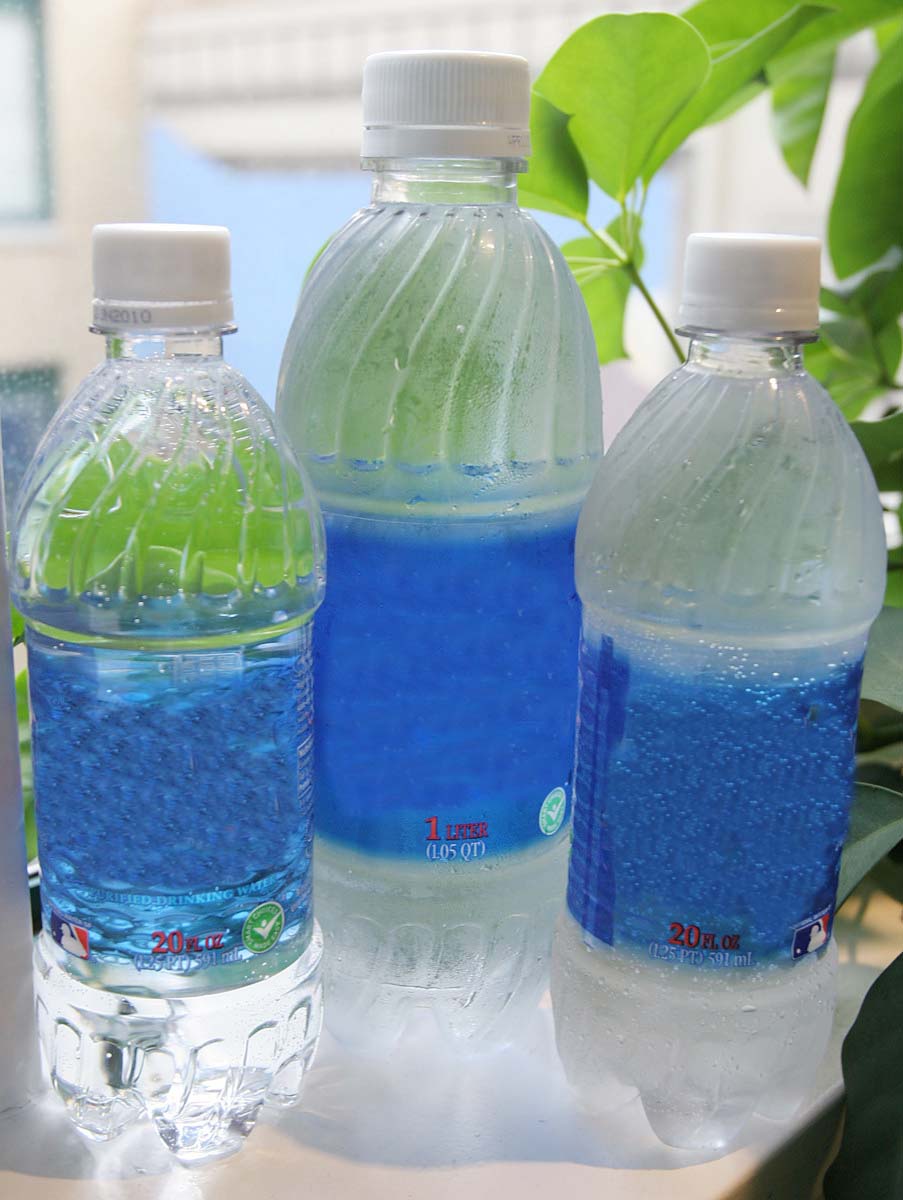 Mineral water traders believe that there is currently a crisis in the availability of bottled mineral water in the domestic market, with many claiming that production companies have decreased their supply to the market by 25%.

In turn, production companies are accusing traders of storing supplies in order to raise prices, especially with the onset of summer and the approach of the holy month of Ramadan.

Mostafa Al-Daw, head of the Food Division at the Federation of Egyptian Chambers of Commerce (FECC), attributes the rise in prices to the Nestle Waters Factory fire, which happened in February.

“The fire pushed Nestle’s competitors to raise their prices,” he said. “The price of a box containing 12 mineral water bottles jumped to EGP 32 after the fire [from EGP 25]. This rise in prices has impacted sales, as well as the already small profit margins of traders.”

“Nestle represents 60% of the market,” he added.

A fire broke out at the Nestle Waters Factory in Egypt, located in Banha, 48km north of Cairo, in February, causing losses of $40m according to some estimates. The factory’s production manager attributed the cause of the fire to a short-circuit in the new storage facility for the cardboard boxes used to package the water bottles.

In a press release addressed to its customers, Nestle said: “We would like… to apologise to our consumers and customers for the interruption in the supply of Nestle Pure Life and Baraka drinking water during the coming period. The company will do its best to resume production and satisfy the needs of the local market as soon as possible.”

“Of course the Nestle fire hit the market hard,” said Ali Shoukry, deputy head of the Cairo Chamber of Commerce (CCC). “But the situation got worse after the Ministry of Health shut down many companies producing mineral water.”

The Ministry of Health’s Supreme Committee for Water recently announced that it had shut down the underground wells used by some bottled mineral water companies. The decision came after the Committee discovered the presence of contaminants, living protozoa, in samples taken from the well.

The Chamber of Food Industries blamed the Ministry of Health for the shortage of mineral water in the market, due to the latter’s decision “to close down the seven major companies using the well to produce bottled mineral water without offering an alternative solution”.

However, the Ministry denied responsibility for the crisis, accusing the companies of violating health specifications.

Shoukry criticised the way the problem has been handled, accusing all parties involved of “trading in the crisis rather than managing the crisis” by raising prices of bottled mineral water. He believes this is due to an absence of adequate regulation in the market

“The crisis is a real one,” he added. “And if this situation continues, it might cause a more severe crisis during the summer.”

Al-Daw believes some of the mineral water companies are still violating specific terms set by the Ministry of Health regarding water sources.

He added that some retailers refrained from buying water from the companies thought to be violating safety standards.

The belief in a mineral water crisis also extends to supermarket and kiosk traders, who emphasised that there is currently a tangible shortage. One kiosk owner, Ali Gomaa, even said that “large companies like Coca-Cola [the producer of the Dasani brand] stopped sending us cartons altogether, distributing them to hypermarkets instead.”

“The price of a carton has now reached EGP 40, compared to the old prices which were usually EGP 23 to EGP 25 depending on the company,” he said.

He said that the price of a single bottle had reached EGP 2, leading kiosk owners like him to raise the retail price to EGP 2.5 “in order to make a small profit margin”.

He added that some companies are cutting production and so demand has increased, leading to prices increasing in turn. “They [the companies] do this to raise prices”.

Another kiosk owner, Mostafa Abd Al-Hakim, also believed there was a crisis in supplies of bottled mineral water and said that there have been days where he “has zero stock”.

He also expressed his worries regarding a more severe shortage this coming summer.

Galal Omran, deputy head of the Food Division at the CCC, believes, however, that such fears are exaggerated. “The crisis no longer exists,” he said. “Bottled mineral water is fully available.”

“There are various mineral water resources on the domestic market,” he continued. “Not only Nestle products. Yes, after the fire there was a little bit of a shortage, but this has now dissipated.”

“I doubt that a shortage of mineral water will occur in the summer,” he said.

Managing Director of Golden Rich Ayman Fathy, the agent for the Siwa brand of bottled mineral water, denied that companies were holding off supply deliberately to raise prices, and attributed the rise to an increase in production costs. “The price of a carton is still EGP 25,” he said.

The Egyptian Competition Authority (ECA) announced last Tuesday in a press release that there were “currently no monopolistic practices involved in the production of bottled mineral water in the Egyptian market” and that all companies’ operations and practices were in line with the law.

The ECA has attributed “the real causes of the crisis to other reasons outside its jurisdiction, reasons which “the authorities need to confront”.

The ECA pointed however to the lack of production of the two Nestle brands, Nestle Pure Life and Baraka, and Pepsi’s Aquafina, “which together represent around 71% of the market” as a factor, with the Nestle Factory fire causing cessation of all their production lines, and Pepsi’s “issues with quality standards” doing the same for the  Aquafina brand.

“Due to the large size of the two companies in the market, there has been a resulting severe shortage which none of the other competitors can cover,” said the ECA’s statement.

It also added that there are several barriers confronting new companies of bottled mineral water attempting to enter the Egyptian market. Most of these obstacles are related to the “prohibitive investment cost required in drilling wells, which can reach up to EGP 3m, in addition to the cost of establishing a production line which can range from €5m to €8m, besides the time required for the necessary permissions and licences”.

The statement pointed to the impact on production of recent electricity shortages, as well as the difficulties in obtaining salt and other imports necessary for production “in a market facing severe foreign exchange challenges at the moment”.

The ECA expected the crisis to worsen with the onset of summer due to lack of stock, as well as the summer’s coinciding once again with Ramadan, “where demand for bottled mineral water increases”. The summer and Ramadan represent a “peak” in mineral water demand, according to the ECA.

The ECA also places blame on traders, and predicts that they “may exploit the lack of mineral water as they did the previous summer”.

Some traders, it said, buy large quantities of bottled mineral water from factories or supermarkets that do not raise their prices, and then “resell them on the black market for inflated amounts”.

The ECA also prepared a study which concluded in December, exploring the shortage of summer 2012. The study claimed that “high water prices occurred due to various factors, some of which were seasonal in nature, and some due to the synchronisation of problems in matters related to the closure of factories and power outages”.

The study also concluded that some practices occurred “resulting in the emergence of a black market for distributors, who took advantage of the circumstances”.  The Consumer Protection Agency (CPA) also believes this happened in 2013.

In conclusion, the ECA recommends “amending standards and creating new terms to reduce the time period for quality analysis and other procedures carried out by the Ministry of Health, as well as lifting the ban on imported bottled mineral water”.

According to the Egyptian press, Atef Yacoub, the head of the CPA, said that it may use judicial seizures against mineral water companies if they are found to be “manipulating prices”.

“The CPA has monitored several violations from some companies who aim to withhold the supply of mineral water in order to raise prices,” he said.

He also said there was a shortage due to the closure by the Ministry of Health of several companies.

“Factories now bear the significant increases in production costs,” said Mamdouh Al-Attar, general manager of the Al-Nahl Water Company. “Starting from the cost of services provided by the country like water and electricity, along with the increase in the US dollar which affects the cost of PET, the raw material used in the manufacture of packaging material for bottles. The price per tonne of PET rose from EGP 6,000 to EGP 7,500 at a time when manufacturers are suffering a scarcity in dollars, forcing them to resort to the black market.”

Al-Attar also said that the diesel crisis negatively impacted the transport of bottled mineral water from factories to dealers.

Abdel Azim Saafan, an agricultural engineer who submitted a technical proposal to use desalinated seawater in the production of bottled water, a project which was rejected because current Ministry of Health requirements require that mineral water be extracted only from wells, blamed the Ministry of Health for the crisis. “The Ministry of Health follows complicated and arbitrary rules encouraging monopolistic practices on behalf of specific companies,” he said. “The Ministry allows for excessive salt proportions in the water taken from the wells, which are then used in mineral water bottles, and these amounts are incredibly high, causing untold health problems.”

Safaan continued: “I really don’t think that the real reason for the Nestle fire is due to a short circuit, as claimed.”

In Maadi in Cairo, one supermarket owner placed the blame squarely at the feet of producers Nestle and Pepsi. “Not only is there a shortage because of the Nestle fire, but also because of [Pepsi’s brand] Aquafina, which is scarce now on the market,” he said.

He continued: “A few weeks ago we had to pay middlemen to bring us the bottles. If Nestle and Pepsi don’t solve their issues, we may face a real crisis in the summer.”