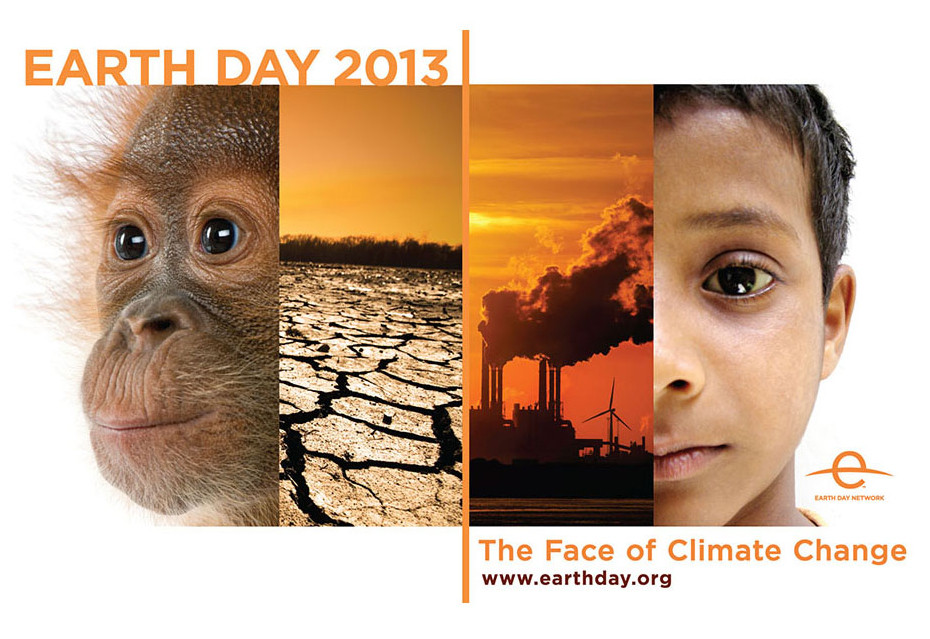 Since the beginning of time, at least for us humans, the earth has been ravaged by us over and over again. We continue to plunder and destroy nature, abuse natural resources and pollute the atmosphere, oceans and terrain with chemicals. A few weeks ago, Beijing was drowning in foggy polluted air, and little effort was exerted to deal with the problem. On the Treehugger website writer Mat McDermott states that according to the World Health Organisation study “Global Burden of Disease Study 2010” published in December 2012, more people die from pollution than from diseases such as HIV/AIDS and malaria.

Today, Monday 22 April, is Earth Day, but most people do not even acknowledge its existence. This version of Earth Day was founded by the American Senator Gaylord Nelson, “after witnessing the ravages of the 1969 massive oil spill in Santa Barbara, California,” according to the Earth Day website. He launched it as an opportunity for a “national teach-in” to raise awareness about the dire state of the planet, and how people can save it.

“On 22 April, 20 million Americans took to the streets, parks, and auditoriums to demonstrate for a healthy, sustainable environment in massive coast-to-coast rallies. Thousands of colleges and universities organised protests against the deterioration of the environment. Groups that had been fighting against oil spills, polluting factories and power plants, raw sewage, toxic dumps, pesticides, freeways, the loss of wilderness, and the extinction of wildlife suddenly realised they shared common values,” according to the Earth Day website.

Then, in 1990, the idea was launched internationally by Denis Hayes, with 141 countries participating, and 200 million people taking some form of action on that day. In 1992, the United Nations Earth Summit took place for the first time in Rio de Janeiro, which is believed to be the result of Earth Day activities.

In 2012, “Earth Day Network brought 225,000 people to the National Mall for a Climate Rally, amassed 40 million environmental service actions toward its 2012 goal of A Billion Acts of Green, launched an international, one million tree planting initiative with Avatar director James Cameron and tripled its online base to over 900,000 community members,” according to the Earth Day website.

This year, the Earth Day website is inviting people to upload their own photos of the “face of climate change”. People from all over the world are invited to document the changes in our environment using their cameras, phones or even by drawing a picture and uploading it to the website.