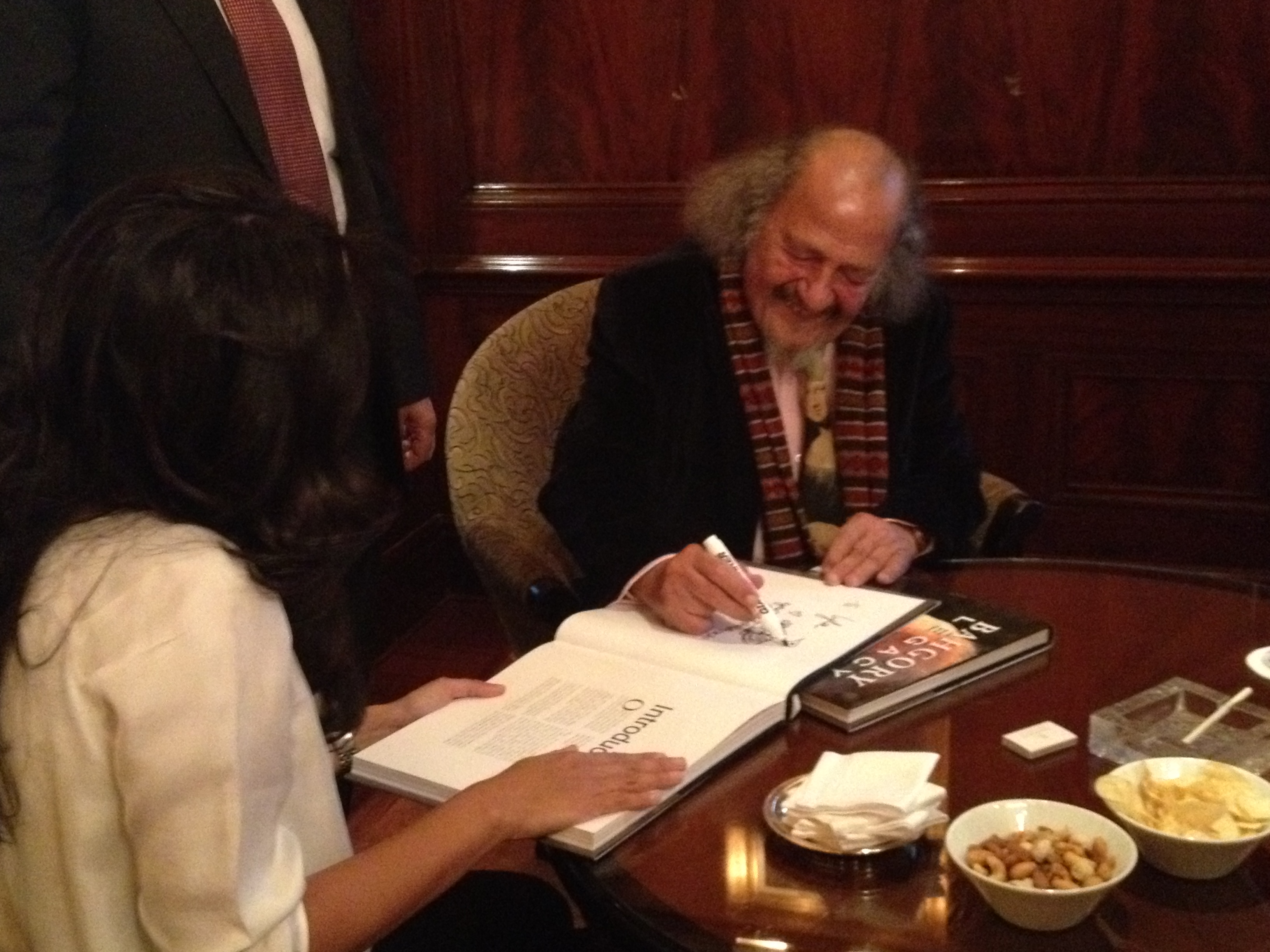 “We feature an Egyptian artist in every issue of Obelisque magazine. In the last issue we featured artist George Bahgory; we went to his atelier, which we found packed from floor to ceiling with thousands of sketchbooks filled with his drawings. They were marvelous. I thought it was a shame that no one sees these small sketches of 40cm x 40cm, people only get to see the paintings. I told him we should make them into books and we took two sketchbooks and now they are a book. The sketchbooks contain all his different techniques. When Bahgory saw the book, he joked: ‘Did I really draw this way? I do not draw like this anymore.’ He has a great sense of humour,” Hassanein said.

The book is in a way a documentation of Egyptian art. “These sketchbooks represent a certain period in Egyptian history and we decided to document it. Especially after the revolution and what the country is going through now art is not really a priority. We decided to make it a priority for us and to work harder to continue to support artists, creativity and our country. Egypt’s strongest aspect is its art and we are trying to support it. Each of us contributed with their own money and effort to produce the book,” Hassanein explained.

The themes in the book are all of personal relevance to Bahgory. “The book covers two aspects, the first one is Egyptians; ones sitting in cafes, drinking tea as if they are tasting the bitterness of life, playing cards and dominos, and being happy. He sees them in his own neighbourhood which is always noisy and crowded. The other aspect is the Gezira club, which George frequents every Sunday, and features women and young people. Basically, the two separate worlds that make up Egypt,” Hassanein said.

“The Hand of the Winner: I was impressed by how the man on the right was holding his cigarette elegantly as if he wanted to tell the world that he won. I painted all these people watching him, because he looked like he really believed that now he is the centre of the world. His hand said it all.” – an excerpt from the book Bahgory Legacy.

They are also thinking of repeating the process with other important Egyptian artists. “We are targeting artists of Bahgory’s generation, who always have a problem in communication. We have great artists but they do not know other languages, or how to organise themselves and they are only invested in their own world. We try to get them to move outside of their restrictions and to the outside world. We want to issue books for Adel El Siwi, Dr. Nagy Shaker, who created the Egyptian puppet theatre and Al-Leyla Al-Kebeera. He is one of the great personalities that are not known and he deserves recognition and for people to know his work,” Hassanein explained.

The book, Bahgory Legacy, was edited by Samar Moukhtar, photographed by George Fakhry and Saleh Abdel Azeem was in charge of the book’s layout. The book will be available in bookstores soon.