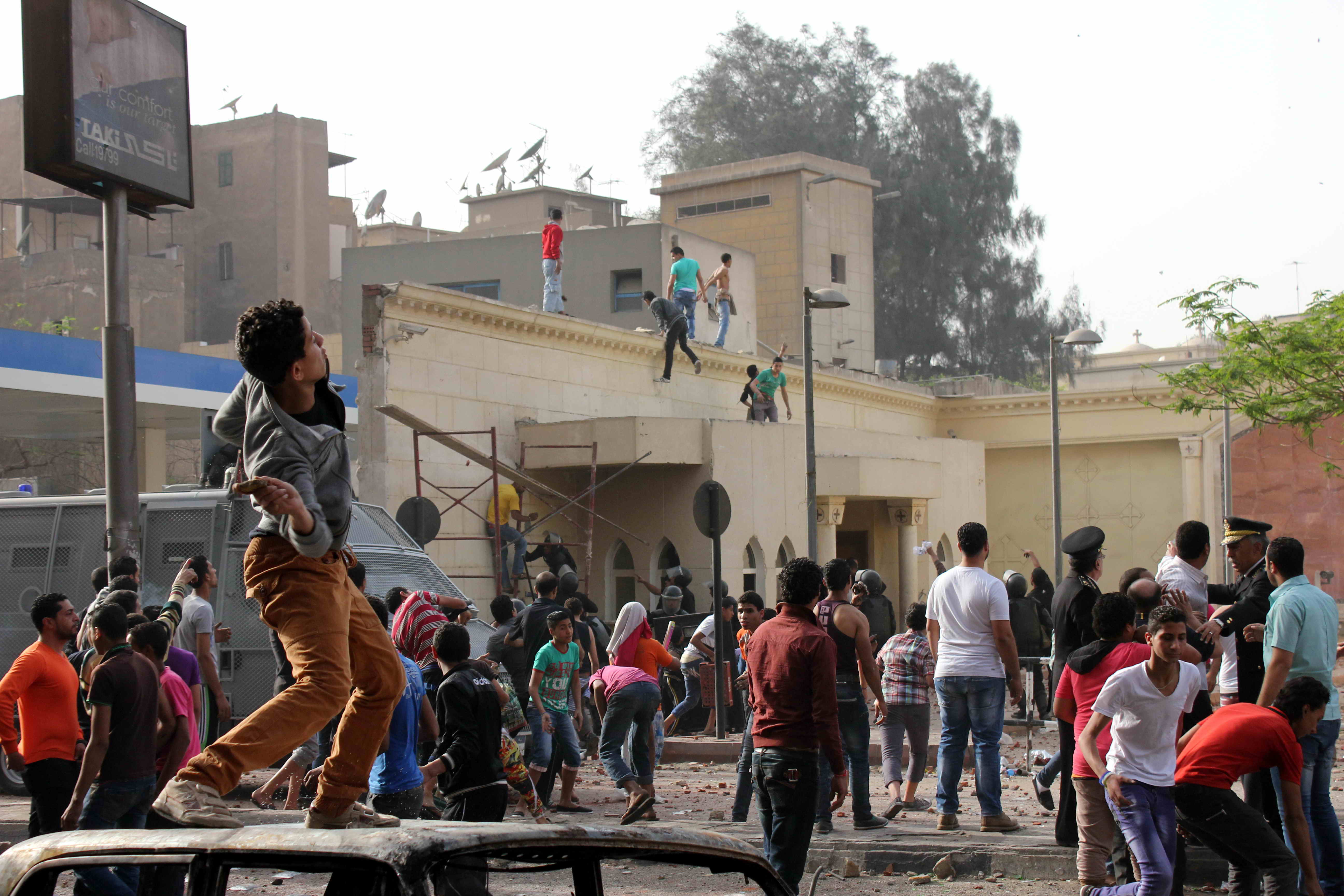 The fact-finding committee of the National Council for Human Rights (NCHR) issued a report on the recent clashes at St. Mark’s Coptic Orthodox Cathedral in Abbaseya.

The fact-finding committee stated that the clashes were rooted in the events of 5 April, when Christian children allegedly drew crosses on the walls of an Islamic institute in Al-Khasous. Clashes broke out between Muslim and Christian families, resulting in the death of one Muslim and five Christians as well as several injuries.

Following this incident, 20,000 people attended the funerals in the Coptic Cathedral, according to Pope Tawadros II’s Secretary Bishop Makary Habib. He said that after people began chanting against President Mohamed Morsi and Prime Minister Hesham Qandil, a group of assailants attacked them with rocks and Molotov cocktails.

The report quoted the director of the Coptic Hospital, Dr Moheb Ibrahim, who stated that the hospital treated three patients who had been injured in the clashes.

Journalist Beshoy Wasfy Habib received injuries to his neck, shoulder, and chest caused by a nail bomb during the clashes, according to Ibrahim.

In Al Demerdash hospital, 59 people injured in the clashes were treated for injuries including flesh wounds, rubber bullet wounds, bruises, and concussions.

Al-Waili Chief Prosecutor Waleed Al-Beyali told the fact-finding committee that the prosecution received more than 45 reports on the clashes, which are currently being investigated alongside media coverage of the incidents.

The fact-finding report recommended increased legal protection for equal rights and called for the ongoing investigations into the clashes to be concluded as soon as possible. The report also recommended a change in religious discourse.

The report called for “periodic fruitful meetings” between Al-Azhar and the Coptic Church to “deepen the concept of citizenship” in Egypt. Finally, it called on the Egyptian population to renounce hate and sectarianism and to change educational curricula in Egypt to reflect these aims.