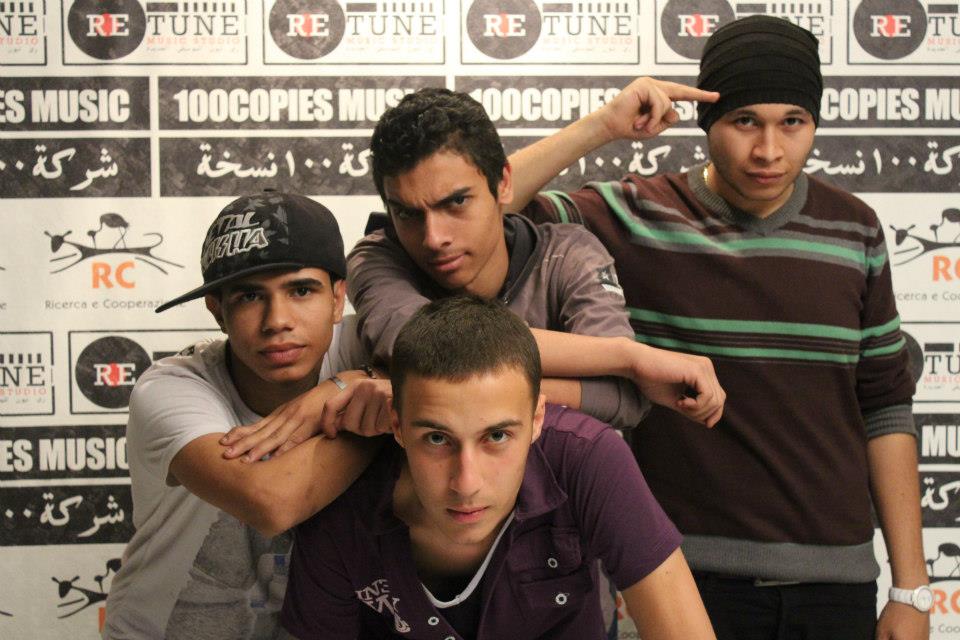 100Copies, a downtown music studio founded by Mahmoud Refaat, recently launched a new project to develop the underground music scene in Egypt. The project is called Retune Studio.  Funded by the European Union, 100Copies issued a call for artists on social media websites, urging young undiscovered talents to apply with a sample of their music. Around 50 musicians applied for the opportunity to be introduced to the music world in Egypt, and only ten made the cut.

The ten artists will be nurtured by Retune Studio; they will produce a track for each musician and possibly a video clip. The musicians will also get to perform live in Al-Azhar Park sometime in the summer and later during the Retune Festival in Alexandria. The tracks will all be available in a compilation CD. The project also aims at helping the musicians find venues to perform in and offers support during the continuation of their musical careers.

“Retune Studio is the talent-scouting section of 100Copies and the latter will continue to support the artists [beyond the project],” Matteo Valli, one of the coordinators of the project, said.

Cellar Door is a one-man show by Amr Alamy, who started creating beats because he was amazed by the possibility of creating a track all on his own with only a computer. “It was a hobby,” said Alamy, who never thought it could be more than that. However, when he found out about the call for artists, he decided to apply and try his luck. Alamy seemed excited about the musicians involved, “the whole compilation is of genres not really known in Egypt,” he said.

The young band Kaboos, which includes two 16-year olds, seemed even more jazzed up about the whole experience. They are a four-person band with very interesting nicknames: Mida(founder), Farghaly, Crunchy and Bato. Each of them was creating music seperately until they decided to unite their efforts. They are inspired by rappers such as Eminem.

“Retune Studio is introducing unknown musicians to the street. In Egypt, to get ahead in the music world, you have to have a connection. If you do not, then it is over,” Farghaly explained. The band is excited about the possibilities the project gives them. “We will try to introduce oriental music to rap, and we are also trying to create a track with Cellar Door,” Farghaly said, nudging Alamy.

Another young musician, Raymond M, an electronic music DJ, explained that he stumbled on the project by chance. “Someone gave me a program and I started to create my own tunes. Then I uploaded it online and people started to react to them,” Raymond said.

Next up was MC Amin, a rapper from Mansoura, who started his musical career in 2004. “I used to listen to all types of music, but rap attracted me the most,” Amin said. He also explained how his rap, even the cover songs, always had a different, personal style. He was then advised by his friends to rap in Arabic. This allowed him to do concerts in Mansoura, after which he decided to start uploading his music online. “People started to respond positively to my songs,” Amin recalled. He was also hosted on MTV Arabia and MBC.

“When I started, people did not understand it [rap], but now they do,” Amin explained. “At first they would ask me why I was wearing loose clothes and whether these clothes belonged to my father.” Since then Amin has come a long way. He has made music for TV and radio ads and a couple of TV series and he has acted in a series called Lahazat Harega (critical moments).

The first performance by Cellar Door will be on 10 May at 100Copies.