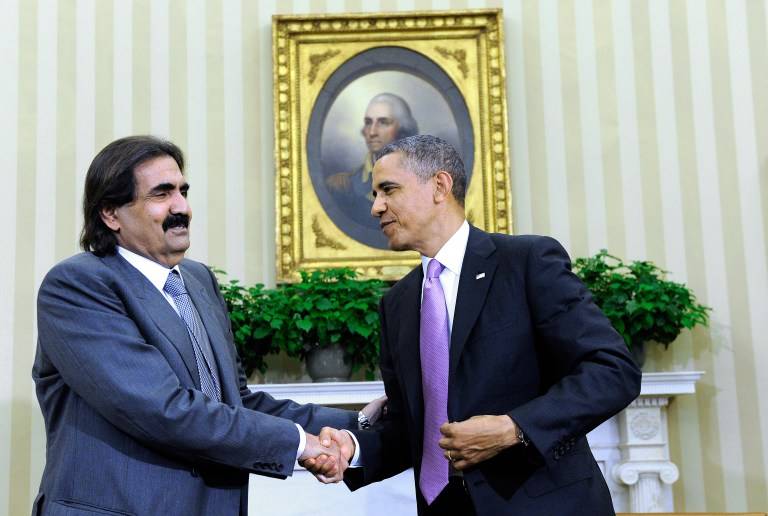 The two leaders held talks on Tuesday during Al-Thani’s visit to the US. Obama and Al-Thani expressed hope in the success of Egypt’s transition to democracy, state-run news agency MENA reported.

Al-Thani had begun an official visit to the US to discuss regional and international matters as well as bilateral relations between the Gulf country and the United States on Monday.

President Obama added that both countries are committed to encouraging Egypt’s progress in democracy, adding the country’s economic development will translate into prosperity for the Egyptian people.

AlThani stressed during the talks the importance of Egypt to the Arab world and to the United States, Qatar News Agency reported. He added that Egypt is a crucial player in maintaining the Camp David Accords with Israel and said that Qatar wants to see real peace between Israelis and Palestinians.

Earlier this month Prosecutor General Tala’at Abdallah visited Qatar and signed a cooperation agreement on public prosecution. Qatar is also set to buy $3bn worth of Egyptian bonds although Egypt’s Central Bank said no money has been received yet.