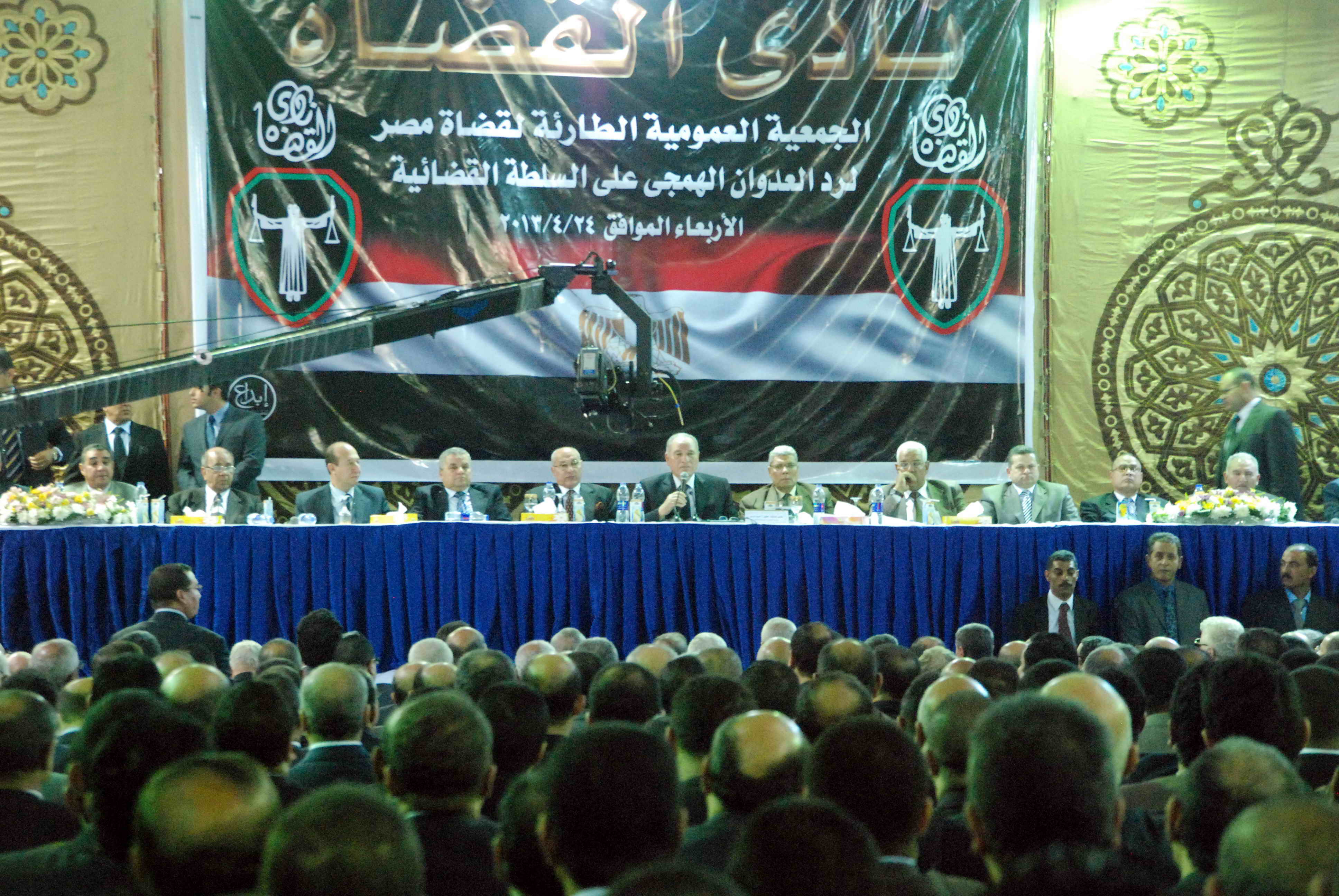 The Al-Islah Wal Nahda Party said the Judiciary Law has created a crisis between the judiciary and the presidency.

Party spokesperson Mo’men Rashed said on Wednesday that insisting on passing amendments to the law and lowering judges’ age of retirement will only increases the “politicisation of judges” and does not solve the problem.

On Wednesday, the Shura Council’s Constitutional and Legislative Affairs Committee approved three proposals to amend the Judiciary Law. The bills will be discussed and voted on in plenary in the Shura Council.

Lowering the age of retirement from 70 to 60 will mean replacing 3,000 judges.

Rashed said the judiciary should be reformed without compromising the prestige of the institution.

The Wednesday meeting of the Constitutional and Legislative Affairs Committee witnessed fierce debate between committee members with some suggesting to wait until upcoming elections of the upper house of parliament, saying the law should be amended the newly elected house to avoid the current conflict.

Al-Islah Wal Nahda believes that reforming the judiciary has to come from inside the institution and has to be done using legal and constitutional ways, not through external political parties. Rashed warned that if backing out on the amendments does not happen soon, a crisis similar to that of the November constitutional declaration will take place.

Judges from the Judges’ Club announced in a general assembly on Wednesday that amendments proposed to the Judiciary Law will be regarded as if they did not exist. The judges called on the Shura Council to stop discussing the amendments.

Last Friday, the Muslim Brotherhood called for purging the judiciary in a protest outside the High Court building.

Meanwhile, lawyers have protested on Tuesday in support of judiciary independence.