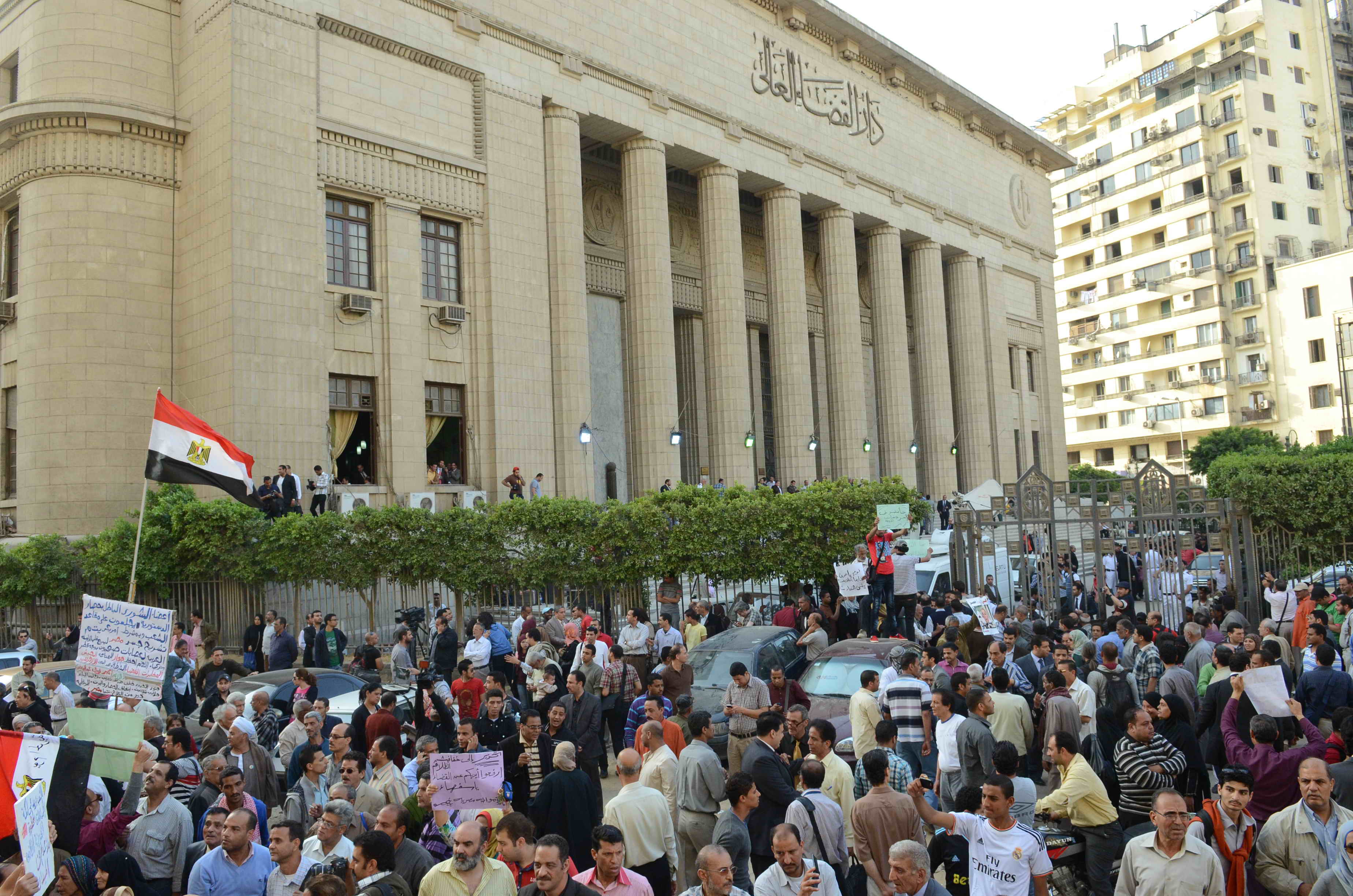 The cabinet of ministers said released a statement on Thursday that the government respects judiciary authority and its independence.

The statement comes one day after the Shura Council’s Constitutional and Legislative Affairs Committee approved three proposals to amend the Judiciary Law for placement on the council’s agenda. The bills will be discussed and voted on in plenary by the Shura Council.

The statement said the cabinet has confidence that the government’s dialogue will be better than the “pointless media crossfire”.

The Judges’ Club has announced its rejection the proposed amendments to the law governing the judiciary, describing them as a “judicial massacre.” In the club’s general assembly on Wednesday judges called on the Shura Council to stop discussing the amendments, which aim to lower retirement age for judges from 70 to 60 which will see the replacement of 3,000 judges.

Judges from the Judges’ Club have vowed to start an open ended sit-in if their demands are not met.

Last Friday, the Muslim Brotherhood called for purging the judiciary by holding protests outside the High Court building. Following these protests, Minister of Justice Ahmed Mekki handed in his resignation on Sunday and said he would reconsider the resignation if he received a decree guaranteeing the judiciary authority’s independence.

One day after President Mohamed Morsi’s Tuesday meeting with the Supreme Judiciary Council, lawyers staged a protest announcing their support of the judiciary and its independence.

The statement also said that the cabinet is taking part in preparing for a conference on justice, which aims to reach a consensus that benefits Egypt and its people.