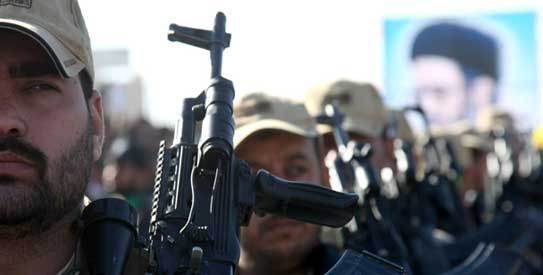 AFP – Iraq’s army deployed reinforcements around Sulaiman Bek and was preparing Thursday to move into the northern town, a day after it was seized by a group of gunmen, official sources said.

Also Thursday, a spokesman for now-dispersed protesters near the town of Hawijah in northern Iraq, where the latest wave of violence began on Tuesday, vowed to seek revenge for a “massacre” at the protest site, where clashes killed 53 people.

The unidentified gunmen swarmed into Sulaiman Bek on Wednesday after deadly fighting with the security forces, who pulled back in the face of the offensive as residents fled.

“We withdrew tactically so we can work on clearing the area completely, after we knew that the residents had left,” a high-ranking army officer told AFP.

“We will clean the region corner by corner, and we will not allow any attack against the safety of citizens,” the officer said.

Shalal Abdul Baban, a local administrative official responsible for the area, said that gunmen were still in complete control of the town but that the army was deploying reinforcements on its outskirts.

The attack on Sulaiman Bek came amid a wave of violence, much of it clashes and attacks involving security forces, protesters and their supporters, that has left more than 120 people dead.

The violence began on Tuesday when security forces moved in against anti-government protesters near the town of Hawijah in northern Iraq, sparking clashes that left 53 people dead.

The military said the operation was aimed at the Naqshbandiya Army, a band of Sunni militants it said had infiltrated the ranks of the anti-government protesters.

The deadly fighting near Hawijah sparked a wave of revenge attacks in five Sunni-majority provinces that continued into Wednesday, and included heavy fighting in Salaheddin province that saw the gunmen take Sulaiman Bek.

Two leaders of the Hawijah protest said on Thursday they would form a wing of the Naqshbandiya Army in response to Tuesday’s killings.

“We in the Uprising of the Free People of Iraq announced our full loyalty to the (Naqshbandiya Army), so we can be an armed wing related to it, working on cleaning Iraq from Safavid militias,” protest spokesman Hamed al-Juburi said, using a pejorative word for Shi’as, who make up the majority of Iraqis.

“We will take revenge for the massacre of Hawijah,” he said.

“After they burned our tents and broke into our sit-in, we decided to join the (Naqshbandiya Army) as a military wing,” protest organiser Abdulmalik al-Juburi said.

Gunmen launched an attack in Mosul, 390 km (240 miles) north of Baghdad, on Wednesday night and seized western parts of the city after using a mosque loudspeaker to rally Sunnis to join the battle.

Military sources said federal police and the army had regained control over most of the area on Thursday but were still surrounding a police headquarters seized by militants, who were holding five hostages.

The violence is the deadliest so far linked to demonstrations that erupted in Sunni Muslim areas of the Shi’a-majority country more than four months ago.

The Sunni protesters have called for the resignation of Shi’a Prime Minister Nuri al-Maliki and railed against the alleged targeting of their community by the authorities.