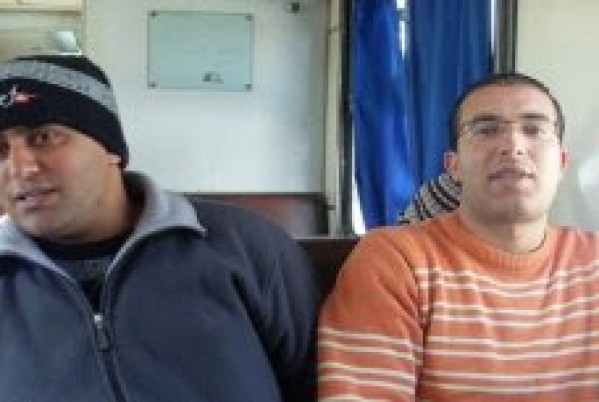 AFP, Tunis – Tunisia’s Court of Cassation was on Thursday reviewing the jail terms of two young men for posting cartoons of the Prophet Mohammed on the Internet, a case that has angered the secular opposition.

“I am at the court, the hearing is about to begin. After the hearing, I will make known the progress of the case,” defense lawyer Ahmed Mselmi told AFP.

Jabbeur Mejri and his co-defendant Ghazi Beji, who fled abroad, were sentenced in a closed hearing in March 2012 to seven and half years in jail for “publishing works likely to disturb public order” and “offence to public decency.”

The verdict, which was upheld at an appeals trial three months later, is now being reviewed at Tunisia’s highest appeals court.

The pair were accused of posting pictures of the Prophet “in the nude” on their Facebook pages and of others slandering prominent Tunisian figures.

In its verdict last March, the court said that representing the Prophet “in a degrading and contemptuous manner showing him in positions with sexual connotations” was an “offence to others whose publication was likely to disturb public order.”

The case has stirred up controversy in Tunisia, with secular opposition groups and human rights activists arguing that the defendants were convicted for a “crime of conscience.”

Critics of the ruling Islamist party Ennahda, which heads the coalition government, have repeatedly accused it of seeking to Islamize society and of using religion to stifle freedom of expression.

Ennahda sought to include a controversial clause in the country’s new constitution “criminalizing attacks on religious values.” The proposal was eventually dropped, but the party still hopes to get such a clause included in the penal code.