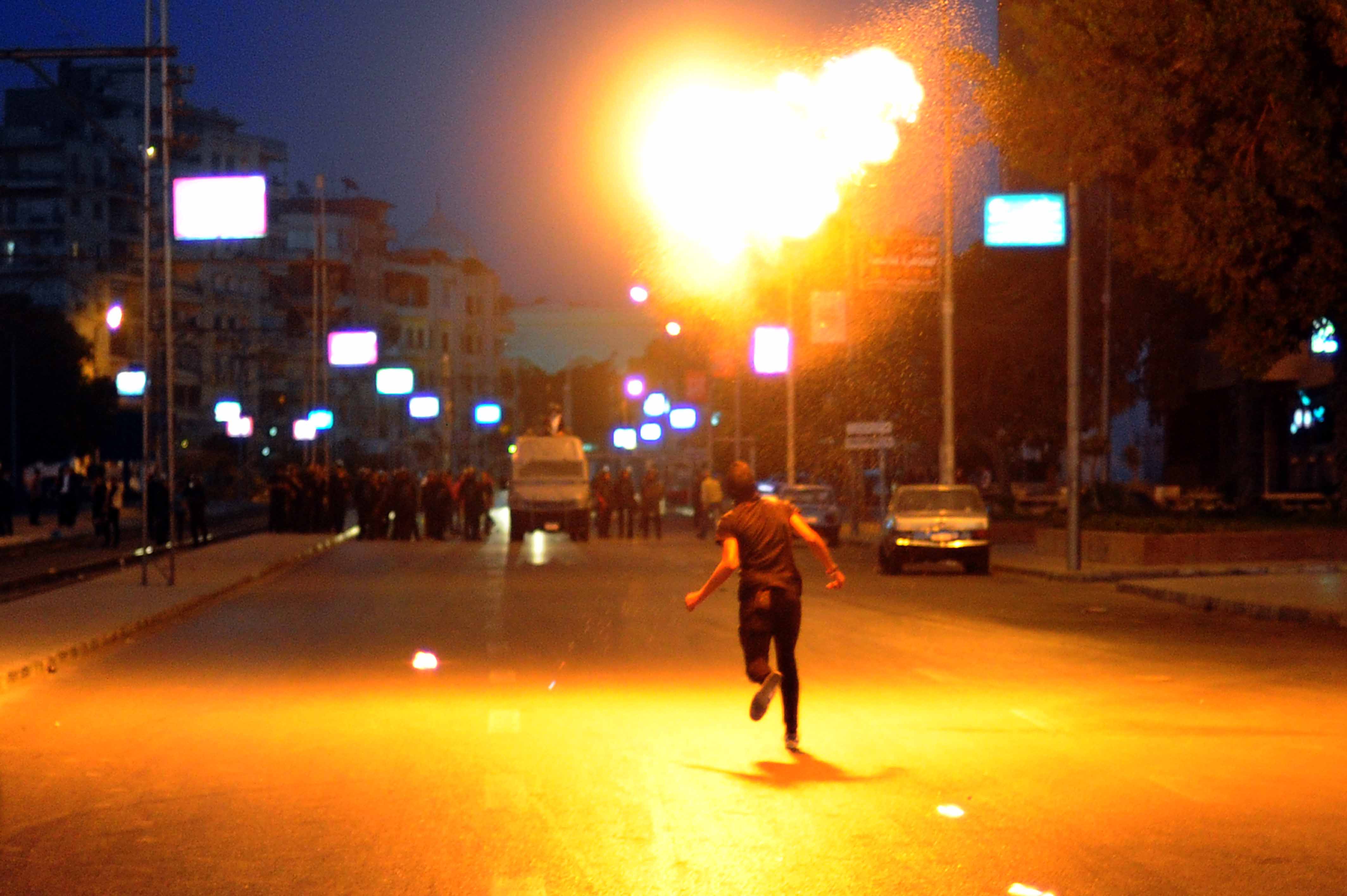 Clashes ensued on Friday after unidentified people took to Itihadiya Palace as night fell. It is unclear what triggered the violence, although the state-owned newspaper Al-Ahram was quick to blame “members of the Black Bloc” for throwing Molotov cocktails at the palace and stabbing a security officer.

Although the Black Bloc is not a group in the strict sense of the word, the government has often pointed to masked protesters as belonging to the Black Bloc.