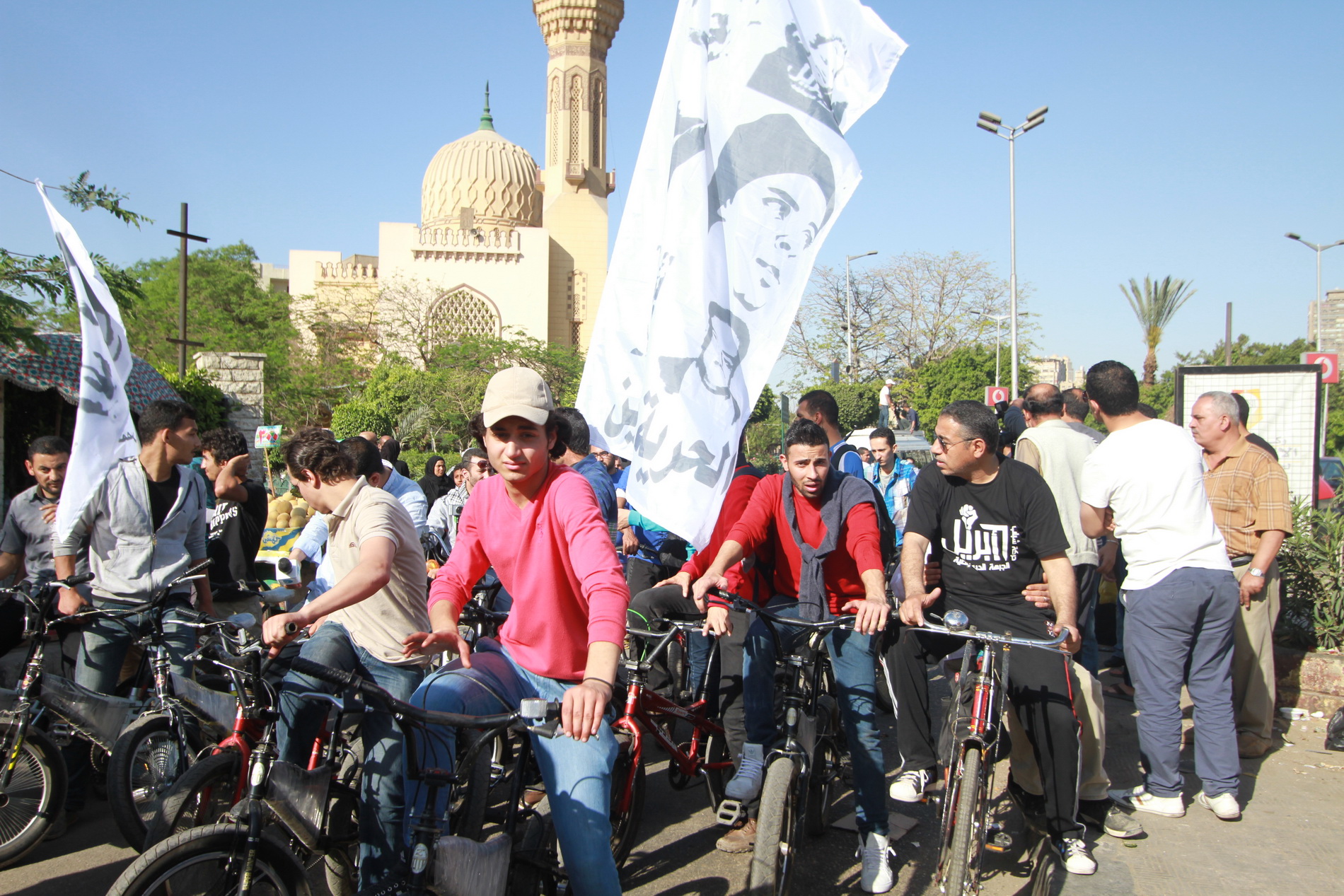 The bicycle ride was organised and led by the 6 April Youth Movement (Democratic Front).

“This is a new way for us to demonstrate against the regime and bring more attention to our cause,” said Mohamed Youssef, spokesperson for 6 April. “We are riding in solidarity with those in Muslim Brotherhood prisons.”

He referred to Abdelrahman Mohsen, a member of the front who was arrested last week following an early morning raid on his home by police. At that time the front said that he had been detained without charge. Youssef reported on Friday that Mohsen has been accused of being a member of the Black Bloc. Youssef added: “We are not only protesting for our members but for all of those in prison.”

The cyclists intended to meet others at Maspero and the High Court building, and then end their cycle outside Abdeen Palace, said Youssef.

Meanwhile in Alexandria, hundreds marched from Qa’ed Ibrahim mosque to the court in Mansheya on Friday in support of Egypt’s judiciary. There was also a smaller march in Cairo from Tahrir Square to the High Court building, also in support of the judiciary.

A smaller march of approximately 100 people started in Tahrir Square and ended with a demonstration outside the prosecutor general’s office at the High Court building. The demonstrators called for the independence of the judiciary.

The Muslim Brotherhood denied on Thursday that it had planned to demonstrate outside the High Court building on Friday. Last weeks demonstration staged by the Brotherhood at the High Court was attacked by unknown assailants, and the ensuing clashes resulted in over 100 injuries.