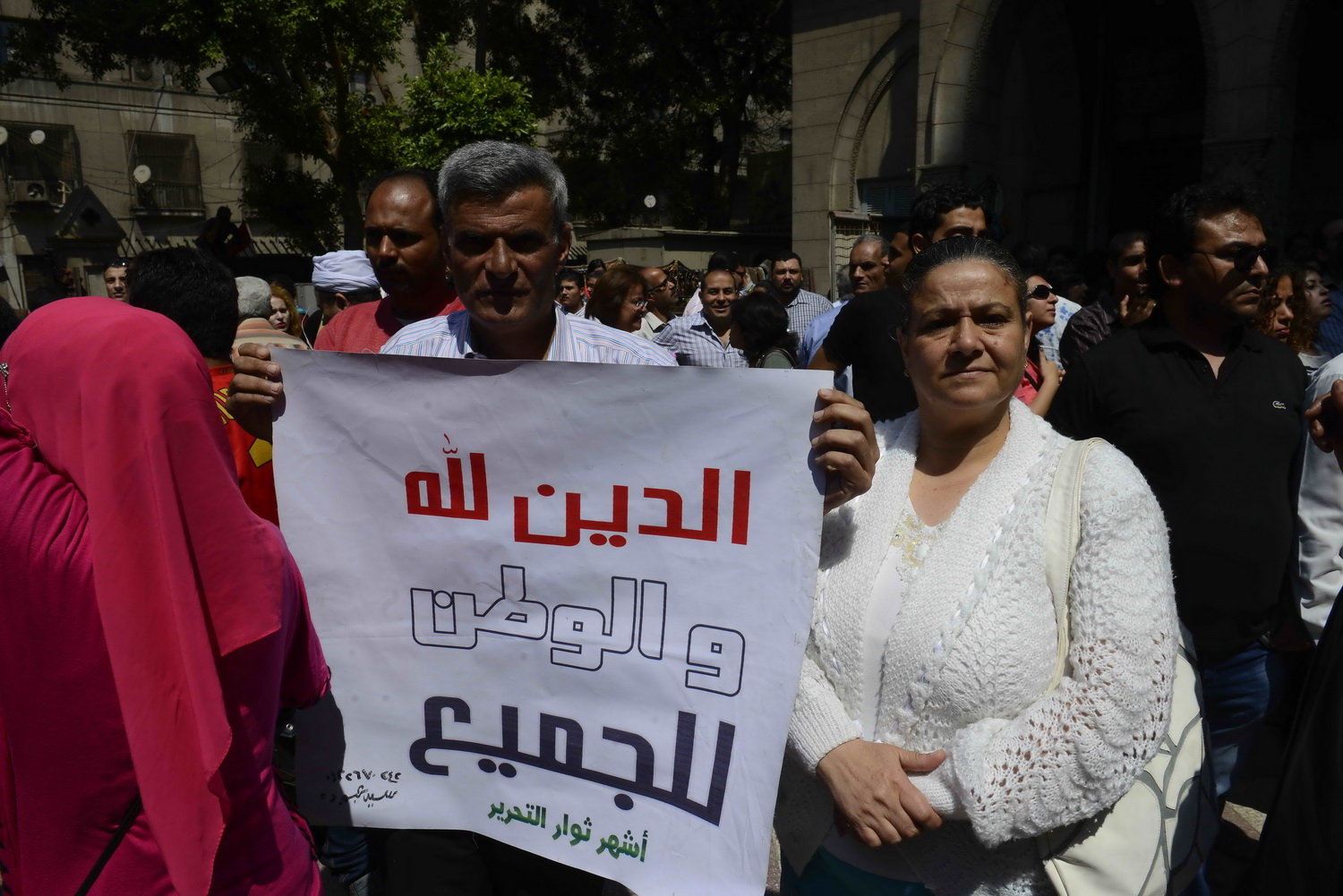 Protesters, affiliated with Islamist groups, surrounded Saint George church in Beni Suef on Friday after a month-long ultimatum to return a Muslim girl allegedly kidnapped last year. Protesters accuse the church of having kidnapped a 21-year-old Muslim woman and demand the church returns her to her family.

The protesters were seen throwing stones at the church and at the homes of several Christians. According to Ishak Ibrahim, a researcher at the Egyptian Initiative for Personal Rights, the police managed to surround the church and repel the attackers.

Protesters chanted religious slogans against Christians and after being forced away from the church began protesting in front of the local police station. At the time of writing no injuries had been reported.

The attack has taken place during the Christian celebration of Lent, a significant time for Copts.

The Muslim woman went missing in November last year. Her family said they had found among her possessions Christian flyers and the name of the family of a young man from another village who had also gone missing. Ibrahim said police investigations ruled out the involvement of the church in her disappearance, and found the girl had travelled to Istanbul.

Regardless of the police’s conclusion, the family filed a complaint at the police station and in March scores of Islamists surrounded the church, demanding Christians close their shops in the area until the girl is returned. On 26 March the family of the missing girl gave the church one month to return the girl. “That period ended on Thursday,” Ibrahim said.

Ibrahim added that the police during this time were trying to diffuse the situation by meeting religious leaders and political representatives from the Freedom and Justice Party, the political wing of the Muslim Brotherhood. The police also arrested the family of the missing Christian man, and the prosecutor general charged them with helping to kidnap the girl, Ibrahim said.

Leaflets were distributed on Thursday inviting Muslims to pray at a mosque nearby the church and to help in the girl’s recovery efforts.

Ibrahim mentioned the social stigma concerning conversion that affects both Christians and Muslims in Egypt. Converting from or to Christianity is attached with a social stigma which is difficult to change in society, he said.

At the time of writing the police had managed to secure the church and no clashes had taken place. Although the police have secured the area, Ibrahim said that their track record of protecting Coptic Christians is inadequate.

Earlier last month violence broke out in Al-Khosous and the heart of the Coptic Orthodox Papacy, St Mark’s Cathedral.