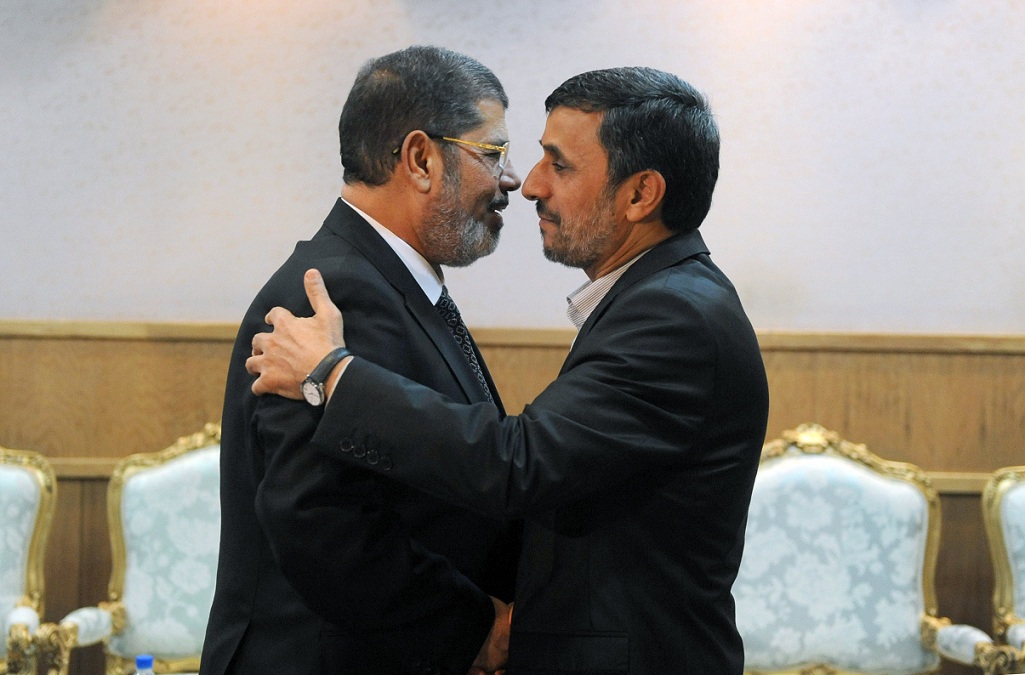 No explanation has been provided as to the reason or nature of the pair’s visit.

As President Mohamed Morsi’s advisor on foreign affairs, El-Haddad often travels on official business, most recently to Russia ahead of Morsi’s visit earlier in April.

Communications between Egypt and Iran have increased since Morsi became president, including Morsi and Iranian President Mahmoud Ahmedinejad making historic visits to each other’s countries.

An agreement was signed between Egypt and Iran in March for the two countries to cooperate in the field of tourism. Consequently, the first flight between the two countries in 34 years occurred at the end of March. However it emerged in April that Iranians visiting Egypt would be prevented from visiting Shi’a sites “so that no one interferes in the country’s politics”, according to Muslim Brotherhood spokesperson Gehad El Haddad.

One week later Iranian tourism was put on hold until mid-June in order to re-evaluate the treaty between the two countries.

The relationship has come under scrutiny by some groups in Egypt, including Salafis who are opposed to Iranian tourism in Egypt over fears that Iranian tourists may seek to spread Iran’s political ideology in Egypt.

Egypt clarified its relationship with Iran in February in a statement from the Minister of Foreign Affairs. Mohamed Kamel Amr asserted that despite being a regional power, when it comes to Iran “Egypt has fixed limitations and is committed to them”. Iranian Deputy Minister of Foreign Affairs for the Middle East Hossein Amir-Abdollahian denied Iranian involvement in Egyptian affairs during a visit to Cairo in April.

Iran is also part of the Egyptian-lead quartet initiative to find a solution to the Syrian crisis. Amir-Abdollahian published a statement last Monday reporting that he discussed the initiative during his visit. He reported that the initiative will be resumed and “Egyptian officials will announce the exact date for holding the meeting soon”.