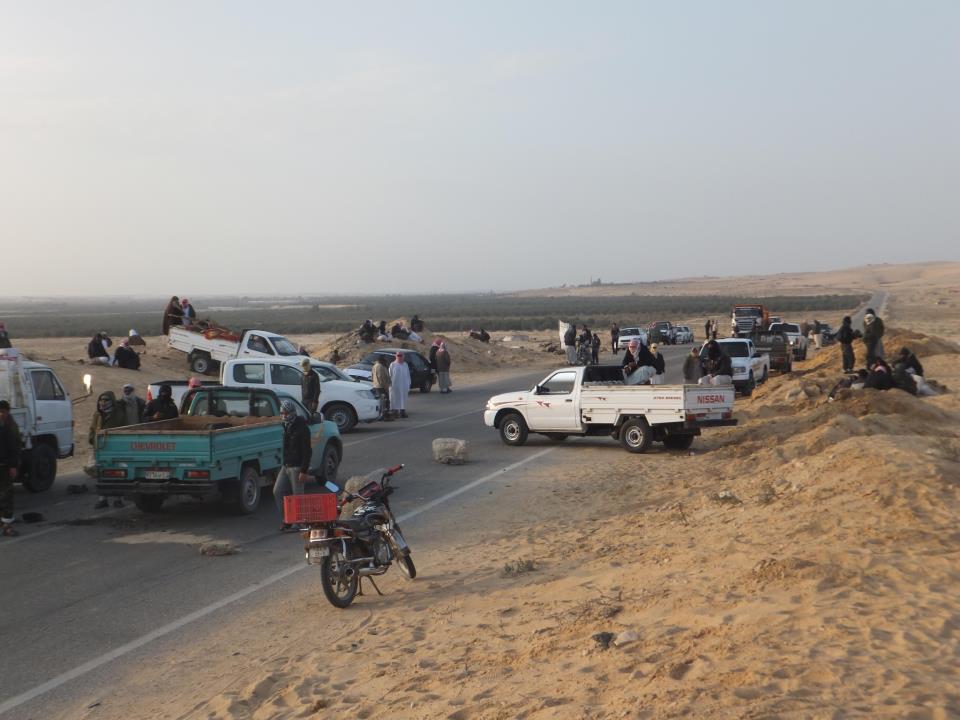 A group of Egyptian youth living in the border regions of the Sinai Peninsula recently blocked the Al-Arish – Rafah road near the Al-Rayesa  checkpoint,south of the city of Al-Arish, preventing trucks carrying building materials headed for the Gaza Strip from passing.

Saeedd Ia’tayeq, from the Al-Sawarka tribe, said the road was blocked to send a message to Hamas and the Muslim Brotherhood that no political faction could monopolise business and commerce in the region, particularly regarding goods entering the Gaza Strip for the reconstruction of the Strip and the building of the Hamad City.

He highlighted an ongoing battle between Egyptian contracting company The Arab Contractors and Palestinian contractor Skills & Quality, accusing both sides of competing to control the majority of the market and relying on Sinai Bedouin to guarantee the safe passage of goods. He said that this could lead to the outbreak of tribal conflict between Sinai’s tribes, pointing to the current tensions between the two business factions.

Ia’tayeq said that most of Sinai’s tribes do not support the conflict between the companies, and this led residents to block roads in the peninsula in an effort to prevent the movement of construction material. They would continue to block the roads, he said, until commerce and trade in the region are regulated in a way that benefits both factions and provides jobs for regional residents. He added that food supplies would be allowed to pass the roadblocks.

Ia’tayeq said that in the last six years the export of construction material to the Gaza Strip is valued to be over $600m.