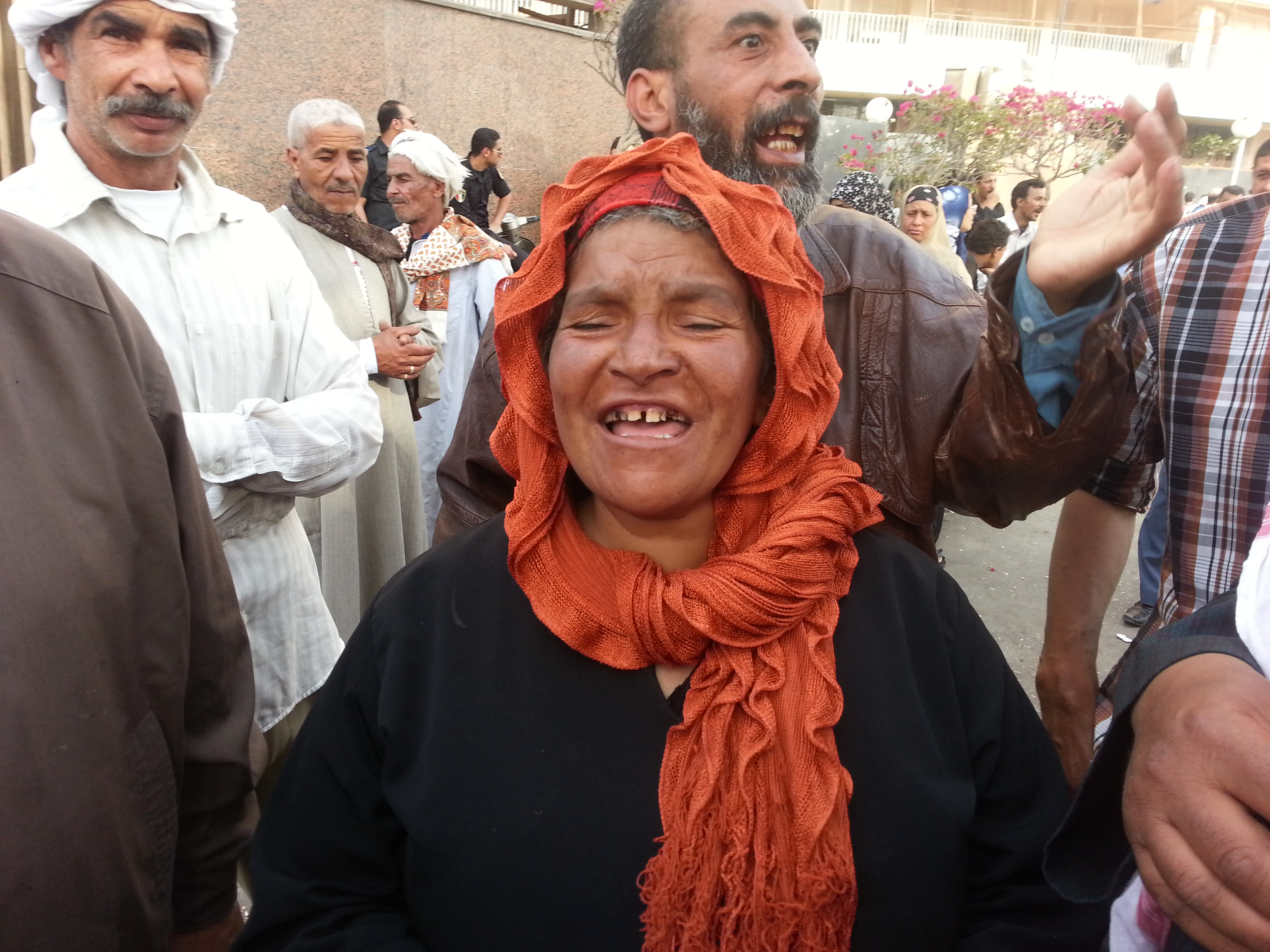 Scores of residents of Al-Duweiqa in Cairo governorate protested outside state media building Maspero on Sunday. The residents demanded that the government assist them in obtaining the ownership of their apartments.

Al-Duweiqa residents were forced to move from their homes in 2008 due to a rockslide down the slopes of the Moqattam hill. The government provided them with housing units on a five-year contract and they fear that after the contract expires they will be evicted.

“When they lost their houses they were given the new units but they do not own the units themselves,” said Mohamed Abdel Hamid, a businessman supporting the Al-Duweiqa residents. “They want to be able to own their homes,” he added.

In order for the residents to gain ownership of the units they must pay between EGP 3,500-4000 calculated as an aggregate of the utilities they have used over the last few years, said Abdel Hamid. He added that the residents proposed a 10-15 year plan to pay instalments so that they can eventually own the units but the Cairo governorate rejected this plan.

Ayman Othman, a resident of Al-Duweiqa, said that his family was unable to pay the fee to own their home. “This is too much. We cannot afford it, we can barely feed our children,” he said. “When we die the children will be thrown out because they cannot inherit the house,” he explained.

“There have been meetings with the governorate secretary but he has not been helpful. The governorate refuses to settle the matter and refuses to implement a 10-15 year plan,” Abdel Hamid said.