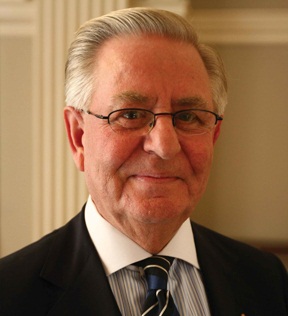 Robert Browning (1812 –1889) is a favourite poet among high schoolers: Judge people by what they might be – not are, nor will be. Seems their parents and teachers are taking him to heart.

I’m getting more invitations these days to farewell parties. It’s not a lemming-like flight. It’s a dolorous brain drain.

The French are upping sticks. Their favoured way of looking after business here is doing it from Paris.

The Brits are giving teachers a headache planning for next term. Those that can are leaving as soon as the holidays begin. Those that can’t are shipping the family out leaving Dad to hack it until his contract expires.

On the other side of town an American school principal sent out a letter to parents warning they’re not certain they can staff up after the holidays.

Egyptians are buying homes. Not just to hedge against inflation here. Also in Dubai. They reckon the expat Egyptian community has grown so large now it doesn’t feel abroad as such. Families can resume the easy-going lifestyle they used to enjoy in Cairo.

These émigrés accept that Dad has to take care of business. But with a mobile and a laptop that doesn’t necessarily mean being in the office much.

Egypt is losing the very people who can help to educate a next generation of leaders. If you look at those who are most successful academically, in medicine, business and the law you’ll generally find a foreign connection.

Some gained their degrees abroad. Others joined a global company and learnt best practice. When growing up, some lived in a foreign country for a while after the breadwinner in their family was posted abroad.

They are less likely to cling to the motherland now. They have the skills to weigh up the pros and cons for themselves and their families. They probably have best access to visas.

Has Morsi got a tin ear? He appears to be preoccupied rearranging the furniture.

So long as Morsi remains Egypt becomes ever more ungovernable. Nothing will change if Morsi fires a few ministers. He’s the problem, not the solution.

What about the churlish treatment of the Sawiris and Mansour families, Egypt’s most wealthy? Their situations are being dictated by a political agenda. One of the most positive signals Morsi could give would be to invite these six people to return to Egypt to help rebuild confidence in the country.

I’ve been listening to a wide cross-section of people whose livelihoods depend on decisions Morsi makes in the next couple of months.

You’re dead right says an oil executive with almost 20 years’ experience. Every day oil and gas pumps 700,000 barrels. At $100 a barrel, he says, Egypt should be knee-deep in dollars. Where’s it all going, he asks.

Here’s the truth, says the banker. At the end of last year, Egypt’s Central Bank was offering $1.2bn a week. Now they’re scratching round to find $200m. Where’s it all gone, he asks.

Not to me says a construction boss. We were owed $20m by the government. They offered to pay us in Egyptian pounds. What could we do? We had to take it.

Same for us, says the oil guy. Settling up in Egyptian pounds is a stopgap. Can’t last.

There’s a problem with that, too, says the banker. Egypt is running out of Egyptian pounds.

Yes, last week they pressed the button and printed hundreds of millions of new notes. Remittances from abroad, which are around $17bn, aren’t coming in as they did. They’re being converted into Egyptian pounds that disappear out of the system, as do Egyptian pounds when they hit the black market.

The Saudi commerce and industry minister claims 30 Saudi projects worth $5bn are faltering in Egypt.

The more you dig for the story, the more mysterious it gets.

Someone who’s doing a great job is Shaimaa Khalil, who has begun a six-part series called Egypt’s Challenge on the BBC’s World Service. Shaimaa began by returning to Alexandria where she grew up.

People were remarkably candid with her, particularly as they explained how the Salafis have dunked the Muslim Brothers. Among the better off who voted for them, the so-called lemon squeezers have doused Morsi with scorn for failing on all fronts.

In the countryside and the slums, says Mohamed Soudan, a leading Brother in Alexandria says the Salafis are outbidding the Brothers’ oil and sugar strategy.

This democracy, he says. Let the others provide more services. If they are richer than us then they can provide oil and sugar and meat too and then they will win direct.

My main fear is my freedom and the freedom of the people, he says stressing the growth of Muslim Brothers and Salafis. Everyone knows they have their own hidden agenda. Islamists have hijacked life here, he says.