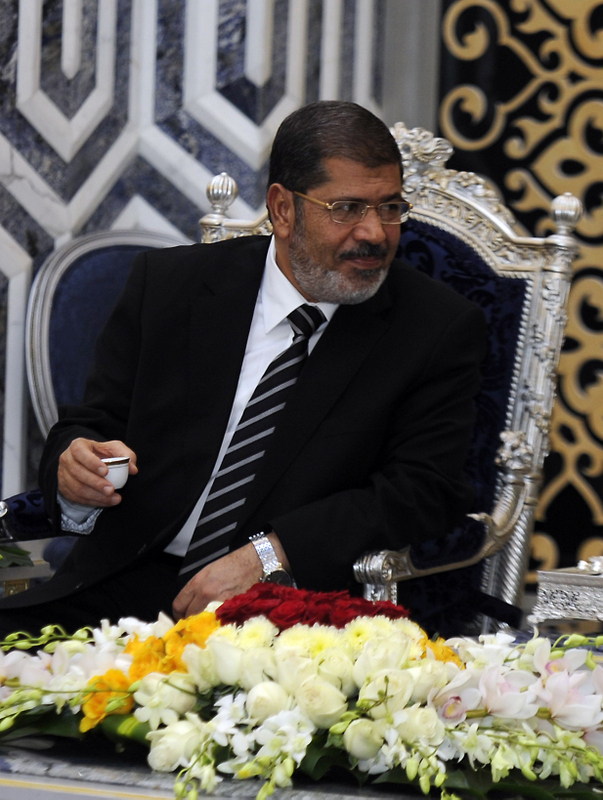 Presidential advisor on foreign affairs Essam El-Haddad and the presidency’s chief of staff Rifa’a Al-Tahtawi travelled to Iran on Saturday to discuss ways to reactivate the Egyptian-led quartet initiative to find a solution to the Syrian crisis.

A statement released by the presidency on Saturday evening confirmed that the pair travelled to Iran and met with Iranian officials to “discuss ways of activating the quartet initiative”.

The initiative was proposed by President Mohamed Morsi at an Islamic summit held in Mecca, Saudi Arabia in August of last year. Iran threw its support behind the initiative, joining Turkey and Saudi Arabia to complete the quartet.

The quartet has met three times since Morsi proposed the initiative. However, Saudi Arabia only participated in the first meeting.

Egypt has attempted to muster regional and international support for the initiative. In August 2012, during a visit to China Morsi invited the Chinese to join the initiative and in February Minister of Foreign Affairs Mohamed Kamel Amr called on the Arab League and the Organisation of Islamic Cooperation to support the initiative.

Morsi also discussed the quartet initiative with Lakhdar Brahimi, joint United Nations and Arab League Special Envoy for the crisis, earlier in April. Brahimi praised the proposal and added that there is a need for “serious negotiations between the regime and the opposition”.

The Iranian Deputy Minister of Foreign Affairs for the Middle East Hossein Amir-Abdollahian announced last Monday in a statement published on the Iranian ministry of foreign affairs website that the initiative would resume meetings in the near future. “Egyptian officials will announce the exact date for holding the meeting soon,” the statement read.

State-owned news agency Al-Ahram reported that El-Haddad and Al-Tahtawi left Cairo International Airport on a private plane headed for Iran on Saturday, but the details of their visit were not released until Saturday evening.

The presidential statement reported that the pair was in Iran for a “short visit”.