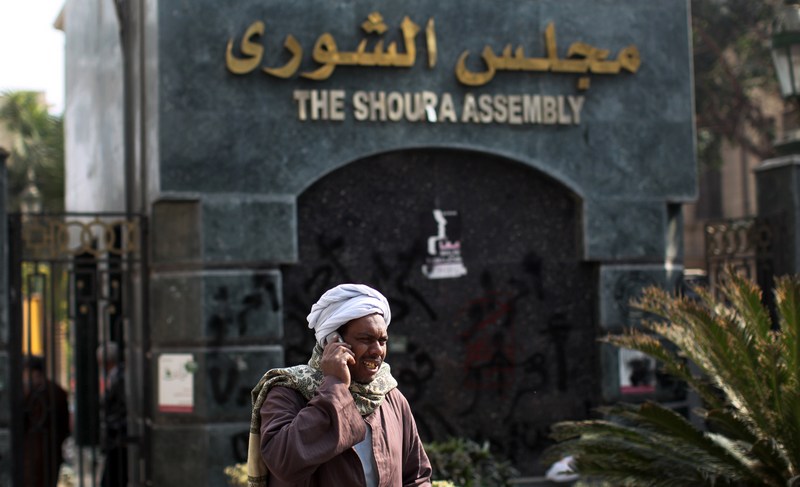 Sixteen political parties and movements announced plans to march to the Shura Council on Monday against the legislative body’s amending of the Judiciary Law.

The group condemned what it claimed was a plot by the Muslim Brotherhood and its guidance bureau to control the judiciary and tamper with its independence.

The group cited specific points of dispute in the amendments. Article 17, the statement says, immunises decisions made by the president, including his appointment of Prosecutor General Tala’at Abdallah. The group referred to the article as “crude” and misleading “in the name of ‘cleansing the judiciary’”.

Article 76 makes it a duty for all judges to supervise elections, other than specific cases allowed by the Supreme Council of the Judiciary. “This means the terrorising of judges and forcing them to supervise unfair elections with the force of the law,” said the group, adding that it was an attempt to legitimise elections regardless of their fairness.

The statement also found issue that it was the Shura Council in control of over determining amendments to the law, a body that was elected with a very low voter turnout.

The political groups said it was a “great disaster” that the Brotherhood’s proposals for amendments, there were not any addressing retribution of those killed during the country’s revolution and democratic transition.

The sixteen groups that signed the statement include the Al-Tayar Al-Sha’aby, the Free Egyptians Party, the Egyptian Social Democratic Party, the Al-Dostour Party, and the National Front for Justice and Democracy.

The march will take place at 5 pm on Monday, going from the High Court Building to the Shura Council.