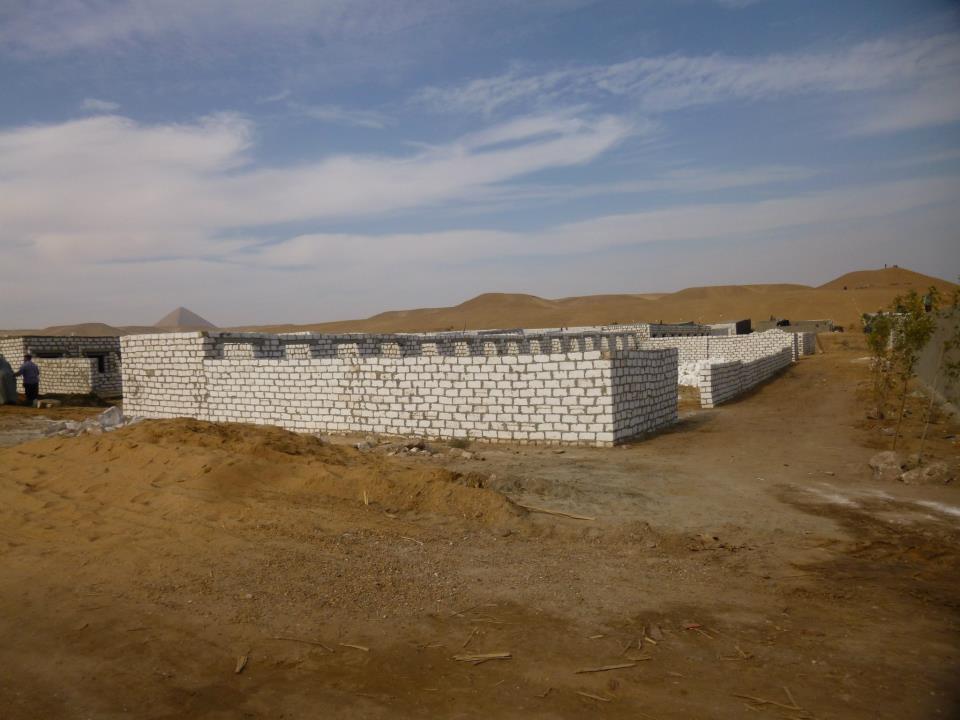 A protest was held on Monday at the archaeological gate of Dahshur’s pyramids. The protest was organised by archaeologists who say the illegal expansion of the local cemetery by residents threatens the heritage site.

According to Monica Hanna, an archaeologist, roughly 100 people took part in the protest, with a majority of them being from the area. “These are people fighting to protect their heritage,” she said, adding that there were professors from Cairo University and students from the American University in Cairo’s archaeology department.

Residents in the area have constructed hundreds of new tombs since the start of the year adjacent to the Black Pyramid of Dahshur. These tombs are meant to accommodate the villagers’ needs, but archaeologists fear they are also used as an excuse to dig for artefacts.

Hanna said the protesters demand an end to the illegal expansion of the cemetery and grave robbing.

The Pyramids of Dahshur boast some of the oldest in Egypt, namely the Bent Pyramid and the Red Pyramid. The Black Pyramid is badly eroded and the encroaching cemetery threatens to cause more damage.

According to Hanna, the cemetery has nearly reached the causeway of the Black Pyramid and the government has not done anything about it, despite promises made earlier this year. “We hope they will do something soon,” she added.

In January Minister of Antiquities Mohamed Ibrahim had sent a memo to the Armed Forces, requesting that they secure the area to keep the locals away. The minister said the low police presence in the area was insufficient to protect the archaeological site.

Despite the minister’s request, there is still a very small police presence in the area, Hanna said.

The Pyramids of Dahshur are part of the United Nations Educational, Scientific and Cultural Organisation (UNESCO) World Heritage Sites and is one of Egypt’s most famous ancient burial sites. It was designated as such in 1979 and is one of seven such sites in the country.

While UNESCO is dedicated to preserving such sites, it can only condemn such actions as the Pyramids remain the property of Egypt.