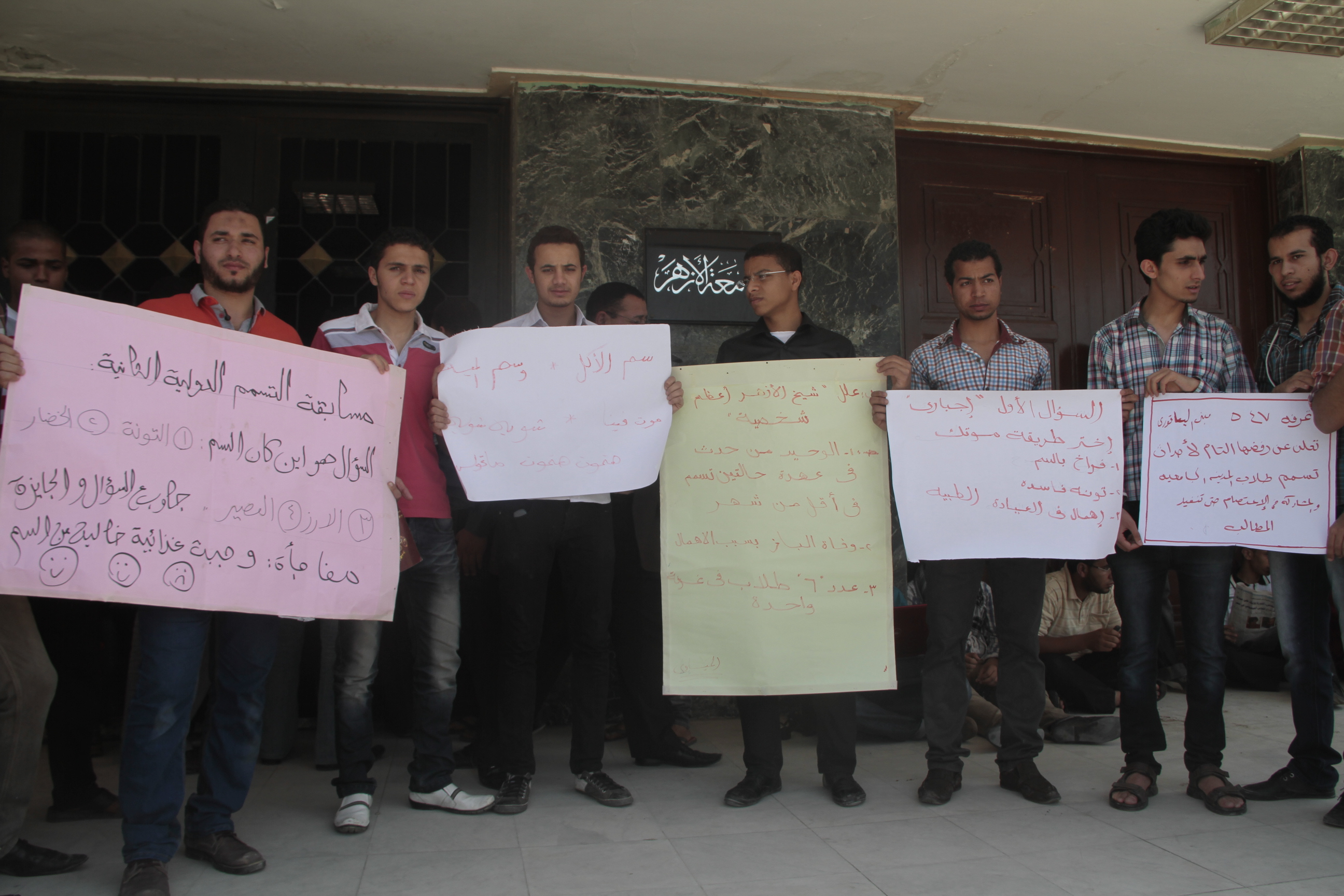 Mahmoud Farghaly, an Al-Azhar student and April 6 Youth Movement member, said he first heard of the new cases late last night when ambulances began taking away students. Farghaly said there were many people in the university clinic suffering from fever and abdominal pain.

The official number of those suffering from poisoning is 107, according to the Ministry of Health and Population. Farghaly said the cause of the food poisoning is believed to be canned tuna served in university facilities.

Students say this incident is further proof of the university’s negligent policies towards the wellbeing of their students. Earlier this month more than 400 Al-Azhar students were struck ill with food poisoning, leading to protests and calls for investigations and last week a student died after the university doctors dismissed his condition as stable.

Students cut off the main road in front of the University’s main gates on Monday. Farghaly said the students wanted to bring attention to their cause and denounce the university’s silence. The protest was attacked by security officers who fired teargas to disperse the protesters. “There were also thugs that tried to attack students on the road,” he said, adding that the “thugs” were quickly dispersed due to the size of the protest.

According to Farghaly, the Grand Imam of Al-Azhar Ahmed El-Tayeb had said earlier that the president must be removed. Despite the command from the head of Al-Azhar, the University council have not dismissed the president, Farghaly said. “We demand the President and all of the management be removed,” he said.

In response to the incident, Prime Minister Hesham Qandil visited the students in the hospital and promised to launch an investigation into the repeated cases of food poisoning at Al-Azhar. Qandil said in a statement that he would find and hold accountable those who were responsible for the poisoning, adding that it was important to carry out a swift investigation into the matter.

President Mohamed Morsi has also tried to reassure the students, saying he has requested the Ministry of Health and Population set up hospitals to deal with those affected

According to state-run news agency MENA the Vice President of Al-Azhar has promised the university is investigating the matter, taking samples from the kitchen to determine whether or not the students were poisoned on campus or if it could have been an external issue.

By the end of the afternoon members of the Muslim Brotherhood youth left the area, a move which Farghaly says is typical behaviour. Several students were also grabbed by campus security, but were later released largely unharmed.