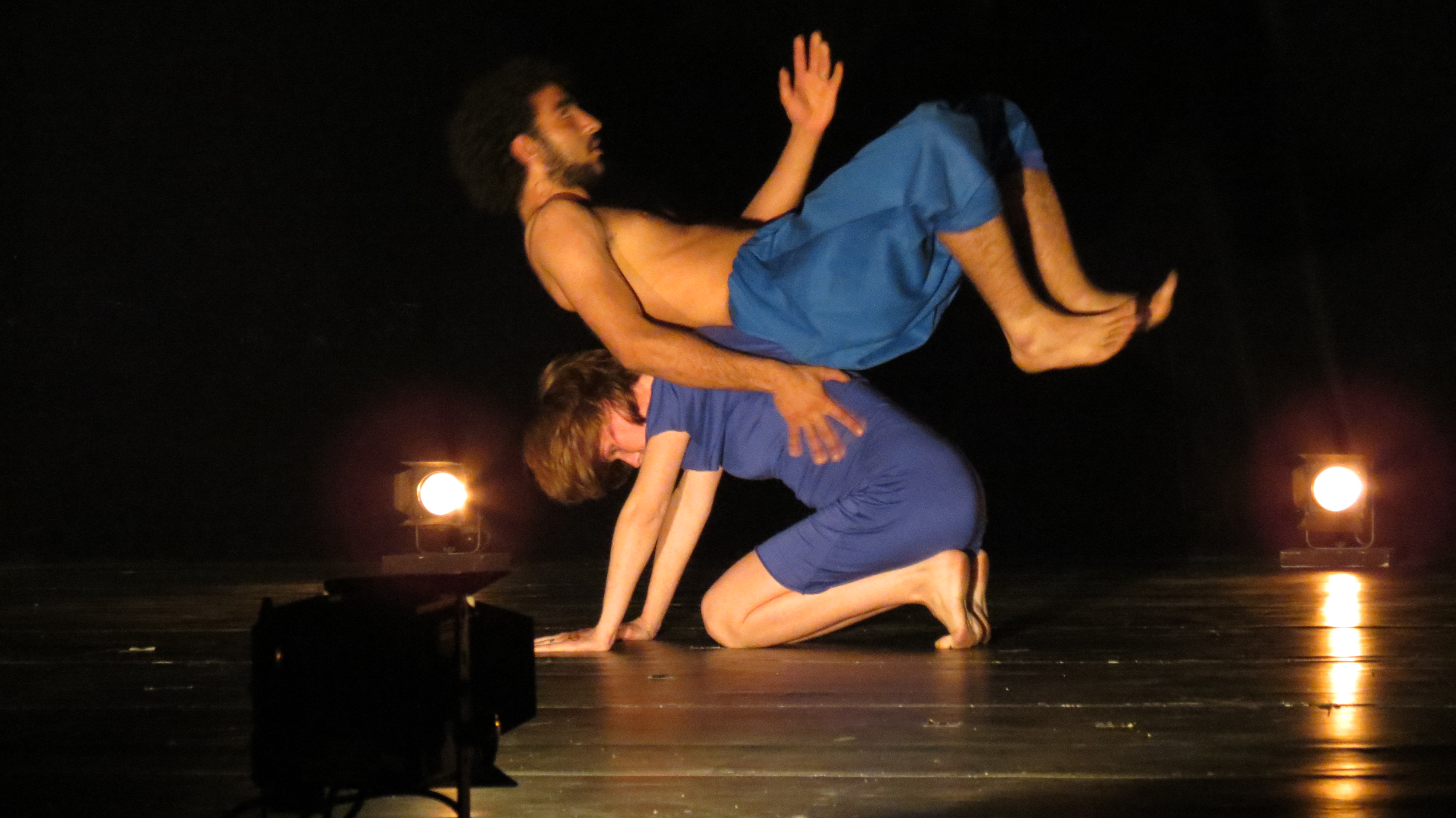 D-CAF ended this year’s festival with a bang, packing the night full of intriguing performances. The entrance to the Falaki theatre was full of people trying to get last-minute tickets and the scene outside resembled the excitement you find prior to big name rock concerts. Lines stretched outside the building, and people were let in only if they were on the list, which was carefully checked by two D-CAF organisers.

The evening started with an introduction by Danish choreographer Nønne Svalholm, who was in charge of the execution of the Make Your Move project in Cairo. The dancing mentorship programme relies on the intense training of participants for a period of four weeks. Some participants had previous dance experience, while others were novices. Svalholm has executed the project in many countries before and she was very impressed with the Egyptian participants. “Cairo is different, I have never seen such passion,” Svalholm said.

Make Your Move was conceived and supported by SVALHOLM–Danish Cultural Exchange & Performing Arts and the Danish Embassy in Egypt. The host for the evening was actor Ramzi Lehner, who gave his own take on performing as an artist. “You are allowing yourself to be naked in front of people. It is a very delicate and difficult process,” he said. Svalholm described the performances as “expressing thoughts and passion through dancing”.

Svalholm listed three things which she looks for in dancers and choreographers: “They have to be honest, [their dances] have to be personal and they have to be present in the moment.” The Make Your Move project aims to develop talent in the world of contemporary dance and nurture experienced dancers.

The first performance of the night was Goodbye My Love, by Amr El Batreek, who performed a piece on the concept of parting lovers. His partner was not available for the dance and so he had to improvise by using a doll, which was a bit awkward. However, he displayed potential and great physical ability.

The second performance was Follow, by Mohamed El-Deep, which won first prize. The piece addressed the difficult and arduous journey to attaining one’s dreams. He danced with Lesya Melechyn. They carried out some impressive moves, including each of them carrying the other on his/her back.

The third performance was Not Suitable for Human Use, by Soad El Kadi. The piece handled the idea of a deformed woman’s struggle with society. The piece was interesting; El Kadi wore a cardboard box on her head during the whole performance so that audience could only see her body. The musical selection for the piece was very fitting and it appeared to be “honest,” despite the lack of physical ability displayed when compared to other dances. However, it was thought-provoking and emotional.

The fourth performance was Priority, by Sherin Hegazy, which won second prize and the audience prize. It was performed by Sammar Ezzat and Mohamed El Sayed. The piece showed a couple who tried to dance in unison, but soon became distracted by other issues. The audience related to the piece the most due to the recognisable social issue it was based on.

The fifth dance, Circuit, choreographed by Dalia El Abd, and performed by Yousry Shika, was based on the idea of constant movement.

The sixth performance was Masculinity, choreographed by Ezzat Ezzat, and performed by him and Ibrahim Abdel Hameed. The piece explored the idea of masculinity in society and whether it was an inherent trait or something for which men are trained. The music chosen resembled a battle song, and the dancers wore briefs that resembled the outfits of Spartans in the movie 300. The dance was interesting, portraying the need to assert masculinity in a very judgmental society and the dancers were able to express themselves superbly. It was also a very courageous topic to address and unusual in our male-dominated society.

The seventh performance was Salvation, by Sara Hassan, who portrayed the idea of overcoming self-doubt. She displayed great talent and physical ability.

The final performance was Dream Hunter, by Monadel Antar. It was inspired by the African myth of dream catchers. It was an interesting idea and Antar was able to portray a hunter’s attitude through his movements.

Afterwards there was a performance called One, by experienced dancers Raafet El Bayoumy, who also choreographed the piece, and Ahmed El Gendy. It addressed the idea of overcoming limitations and liberating the self from constraints. The unusual use of a water tank and the synchronicity between the dancer in the water and the dancer on the floor was captivating.

Then each dancer tried to cross to the other side. At one point the dancer in the water jumped on the other dancer’s back, and was piggy-backed for several minutes, portraying the struggle between reaching for change and longing for the original state of stability. Overall, the performance was riveting and the audience responded to it with roaring applause.

The last performance of the night was choreographed by Svalholm, and was called Chest. It was performed by Mohamed Abdel Aziz and Nermin Habib. The piece was about Svalholm’s relationship with her husband when he had to go away and she was left alone. “I had a lot of time to think about him and miss him,” she said, “and with great love come other feelings, like pain.” The couple danced first in unison, portraying happiness, but soon their rhythm was interrupted and they seemed to drift apart. Even though they were dancing in the same way throughout the performance, their expressions and the way their bodies moved relayed the struggle with the relationship.

The last part of the evening was the Mobile Film Festival, screening the films produced during the mobile film-making workshop. Sadly, after the very intriguing dance performances, the films seemed lacking in subject variety and finesse.

The evening finalised three and a half weeks of contemporary performances of music, dance, theatre and film. All events took place in Downtown Cairo and showed an amalgamation of talents, both local and foreign. D-CAF showed us that plays can be pliable, dances can be expressively unusual, and that creativity is alive. At times parts of the programme seemed to stretch our constrained perceptions and at other times, we felt just a bit bored, but several of the performances of D-CAF enthralled us and all of them made us think.