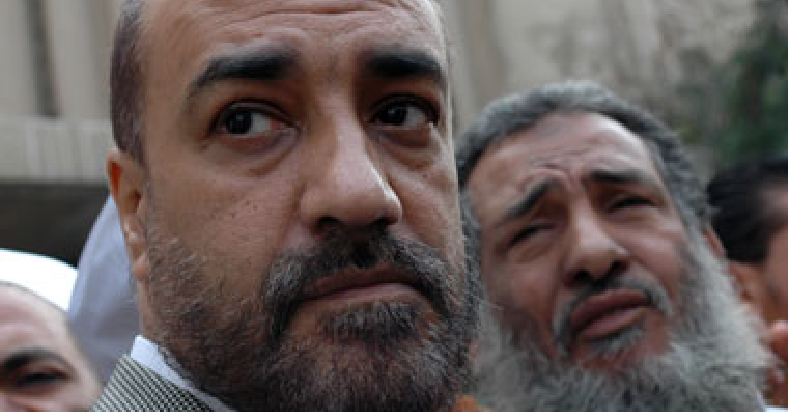 Salafi preacher and TV anchor Abdallah Badr was arrested in 10th  of Ramadan City on Wednesday morning after failing to respond to the court verdict sentencing him to one year in prison for libel against actress Elham Shahin.

Sharqeya police arrested Badr in an apartment that he rented in 10th of RamadanCity.

The controversial TV anchor was sentenced to one year in prison and a fine of EGP 20,000 in December 2012 for defaming and insulting Shahin, who filed a lawsuit against him, on his TV show broadcast on the Al-Hafez channel. He appealed the verdict in December but his appeal was rejected in April.

Shahin also filed another suit with the Administrative Judiciary Court demanding the closure of the Al-Hafez channel. The administrative court suspended Badr’s show and banned him from making television appearances for a month in January.

Badr filed a counter-lawsuit against Shahin accusing her of “spreading immoral behaviour” but the court did not rule in his favour.

Shahin’s lawyer used the two verdicts against Badr and the rejection of his lawsuit as evidence in his argument that Badr’s sentence should be upheld.

“Badr used mosques and his show to insult many people,” Malek Adly, a lawyer at the Egyptian Centre for Economic and Social Rights said. “He insulted a lot of artists in Egypt and Elham Shahin took him to court and proved that what he did and said was against the law.”