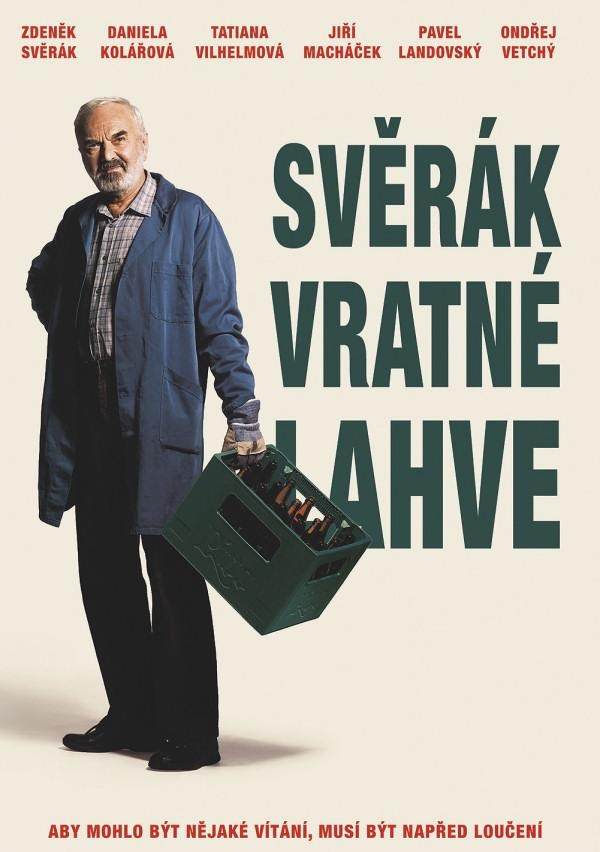 On Monday 29 April the embassy of the Czech Republic in Egypt screened the Czech film Vratne Lahve, or ‘Empties’. The film was shown with Arabic subtitles, after being translated by students from the Czech Language Department of the Al-Alsun Faculty at Ain Shams University. The embassy described their efforts as “the first student activity in Al-Alsun RE/ACT within one of its projects called RE/TRANS”.

Besides the film shown, the students have also successfully translated three other Czech movies into Arabic and they intend to continue this project with the support of the embassy.

The film stars famous Czech actor Zdeněk Svěrák, who also wrote the film. The main character Josef Tkaloun is a 65 year-old teacher who cannot handle his students’ misbehaviour. His solution is to squeeze a sponge filled with dirty water on their heads. After doing this for the fourth time, he quits, realising that he does not like his job anymore.

However, Tkaloun refuses to sit around at home doing nothing. Instead he goes out to seek employment. His first job is as a courier, delivering parcels all over Prague. His wife disapproves and accuses him of not wanting to stay with her. The job ends miserably with an accident in which Tkaloun breaks his foot. He then starts to work in a supermarket, receiving empty bottles from customers. His job allows him to deal with people of all ages and backgrounds, something that Tkaloun seems to enjoy.

The film addresses the idea of the place of senior citizens in modern society. Tkaloun also struggles with intimacy issues with his wife; each no longer sees the other as attractive. This prompts Tkaloun to have explicit fantasies about one of his former colleagues, and he actually comes close to having an affair with her. The temptation of the affair grows greater when he meets up with his daughter’s ex-husband, who tells him about his sexual encounters with his new girlfriend. However, fate intercedes and Tkaloun’s attempt at having an affair fails.

Meanwhile Tkaloun’s wife, a German language teacher, realises that the man she has been tutoring is in love with her. Feeling ignored and unappreciated by her husband, she welcomes his attention. At a friend’s wedding Tkaloun sees them dancing together and begins to get jealous. On their 40th anniversary, Tkaloun prepares a surprise that turns sour, but ends up bringing him and his wife closer together.

Overall, the film is an interesting take on the subject and it highlights the sense of sarcasm of the Czech people. It also shows how we can be active in society as we age without seeing ourselves as irrelevant in what Tkaloun describes in the movie as “the autumn of our lives”.